The Defense Department announced the 2015 military pay and compensation rates for service members Dec. 22, with most service members receiving a 1 percent increase in basic pay.

Basic pay for service members will increase 1 percent, except for general and flag officers who will not see an increase in 2015.

BAH rates for service members in 2015 will increase on average $17 per month, or 0.5 percent. Rates are calculated using median current market rent and average utilities (including electricity, heat, and water/sewer) for each pay grade, both with and without dependents. Two changes were made to BAH rate computations for 2015: renter’s insurance, which contributed an average of 1 percent to rates, was eliminated, and the fiscal year 2015 National Defense Authorization Act reduced housing rates on average 1 percent for service members.

However, individual rate protection for service members remains an integral part of the BAH program. Even if BAH rates decline – including through the elimination of renter’s insurance and the reduction in the calculated rate – a service member who maintains uninterrupted BAH eligibility in a given location will not see a rate decrease. This ensures that service members who have made long-term commitments in the form of a lease or contract are not penalized if local housing costs decrease.

Service members can calculate their BAH payment by using the BAH calculator.

The 2015 BAS rates for military members will increase by 2.9 percent over last year. The new rates are $367.92 per month for enlisted members and $253.38 per month for officers.

The annual adjustments to BAS — a monthly nontaxable cash payment to military members intended to be used to buy food — are linked to changes in food prices as measured by the annual change in the U.S. Department of Agriculture Cost of Food at Home Index. From the beginning of October 2013 through the end of September 2014, the index rose by 2.9 percent, forming the basis for the increased BAS rates.

CONUS COLA is a taxable supplemental allowance designed to help offset higher prices in high-cost locations, and rates vary based on location, pay grade, years of service and dependent status. Rates can increase or decrease depending on the prices in a specific duty location compared to prices in an average CONUS location. Service members can calculate their allowance by using the CONUS COLA calculator. 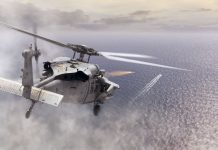 BAE Systems to Deliver APKWS Laser-Guided Rockets to US Navy 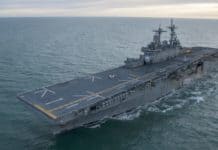 US military spending up for first time in 7 years: Sipri 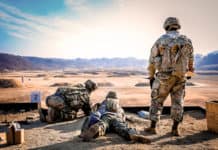