MAXWELL AIR FORCE BASE, Ala.: Officials from Air University, U.S. Africa Command and the 17th Air Force kicked off a symposium March 31 to foster recommendations for the Air Force’s involvement for Africa Command.

The 17th Air Force, also known as U.S. Air Forces Africa, is the air arm of the new unified command and the main topic at the conference.

Civilian aviation industry professionals, academics and military personnel attended, including some from African countries such as Senegal and South Africa.

“I look forward to the end of the symposium and your recommendations for us,” Maj. Gen. Michael A. Snodgrass, the Africa Command chief of staff told the symposium attendees at the start of the event.

General Snodgrass laid out an array of challenges for attendees to ponder as they discuss the air domain in their breakout sessions. Poverty, disease and violence are just a few of the factors the focus groups considered as they hashed out their ideas for how 17th Air Force officials can be most effective under the new command.

An increase of Africa Command personnel over time at U.S. embassies across the continent, paired with attempts to liaise with more than a dozen African countries during the next couple months, will translate to amplified effectiveness for the command, the general said.

This is only the beginning of a nuanced, long-term plan Africa Command officials will carry out in its effort to engage with African militaries in a helpful, peace-pursuing way, the general said. The 17th Air Force is one important element of that plan, especially considering the region’s fledgling air assets and disjointed approach to air security.

“Sustained security engagement” is the most important phrase to consider when understanding how the U.S. military hopes to help countries on the continent, General Snodgrass said.

Cooperation among many parties will be the greatest factor for affecting change in the region, said Maj. Gen. Ronald C. “Ron” Ladnier, the 17th Air Force commander.

“The one thing I have learned is there is no such thing as an ‘Africa expert,'” General Ladnier said. “There are too many cultures, too many challenges, too many different conditions on the continent.”

Thus, in the absence of a true expert, it is imperative for “interested students,” as the general describes himself and conference attendees, to pool their resources and ideas, he said.

Drawing from this pool of ideas and extended dialogue throughout the week, conference organizers said they will work to synthesize the discussions in a detailed list of top recommendations for the 17th Air Force’s best way ahead.

After attendees depart, facilitators plan to spend an entire day fusing the most important information garnered from every breakout session into a master document that will suggest to U.S. Air Force and military leadership how best to engage the air domain in Africa. 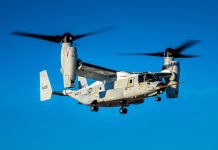 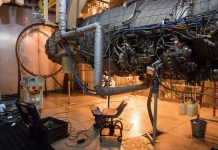 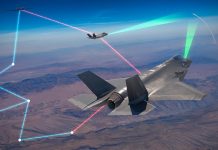