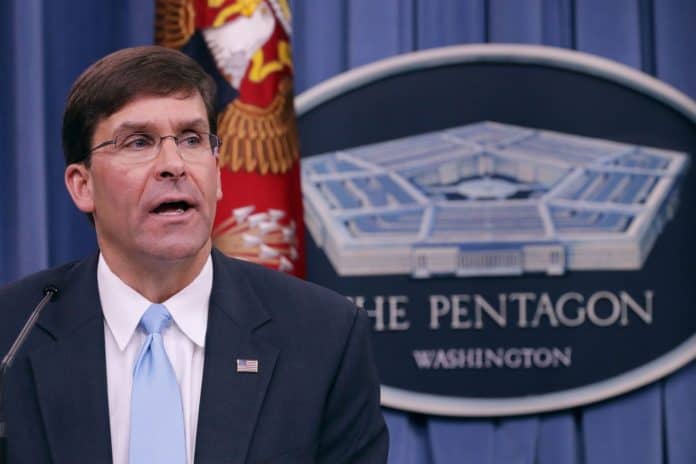 Washington: Secretary of the Army Mark Esper, who was chosen by President Donald Trump to be the new acting Pentagon chief, is a former military man who moved to the defense industry.

“I know Mark, and have no doubt he will do a fantastic job!” Trump wrote in a tweet announcing his appointment.

Unlike his predecessor in the post, who had no military experience, 55-year-old Esper who served in the 1991 Gulf War.

He was part of the famous 101st Airborne Division of the US Army, which was recently honored at the commemoration of the 75th anniversary of the D-Day landings at Normandy.

He is also close to top US diplomat Mike Pompeo, with whom he studied at the prestigious West Point military academy. Both men graduated in the same year, 1986.

And Esper is familiar with the US Congress, having advised several senators, including Chuck Hagel, who later became secretary of defense.

Esper had been a senior executive of the Raytheon defense firm for seven years when he was tapped by Trump to be the secretary of the army in 2017.

Another interim Pentagon chief
Since then, the reserved man, who is married with three grown children, has been tirelessly combing American universities to recruit young people for increasingly technological Army jobs. He has also been in charge of equipping and training the US Army.

Esper’s name had been circulating as a potential replacement to former Marine general Jim Mattis after his resignation as secretary of defense in December.

His appointment as acting Pentagon chief now is due to the surprise withdrawal of Patrick Shanahan’s nomination to permanently fill the post for family reasons.

Shanahan’s nomination had been bogged down in the congressional confirmation process. The last straw appears to have been revelations during an FBI background check of a violent altercation with his then wife in 2010.

Shanahan’s withdrawal means the Pentagon will continue without a permanent secretary of defense more than six months after Mattis’s resignation, amid mounting tensions with Iran.

“Our national defense needs a confirmed Secretary of Defense as soon as possible,” Representative Adam Smith, the chairman of the House armed services committee, said in a statement on Esper’s appointment.

“We face a number of extremely complicated challenges around the globe and it is in our best interest as a country to have stable, predictable leadership at the Pentagon capable of withstanding internal political pressure,” Smith said.

“I have known Esper for years, both as a staff member on the Hill and in private industry, and believe the Department would benefit from his leadership,” he said. 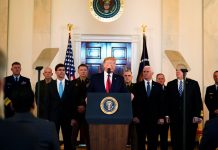 Has Trump deterred Iran? Experts not so sure 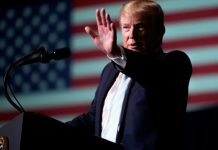 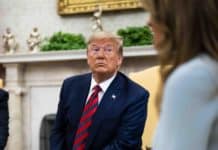