There seems to be no thread yet about the Koninkijke Luchtmacht (KLu) / Royal Netherlands Air Force or other Dutch aviation news, so lets start with one.

So Airbus delivered a couple of days ago the first out of eight ordered A330-200 Multi Role Tanker Transport (MRTT) aircrafts to the Multinational MRTT Fleet (MMF) of the NAVO. The A330-200 MRTT with registration number T-055 landed on 14:48 tuesday 30 june 2020 at Vliegbasis Eindhoven.
The fleet will be jointly operated but four of these aircrafts will be permanently based at Eindhoven. They will also replace the last KDC-10 of the KLu (the other was already retired, wasn't it?).

The photos are from: Multinational Multirole Tanker Transport Unit.

More information, photos and a video at 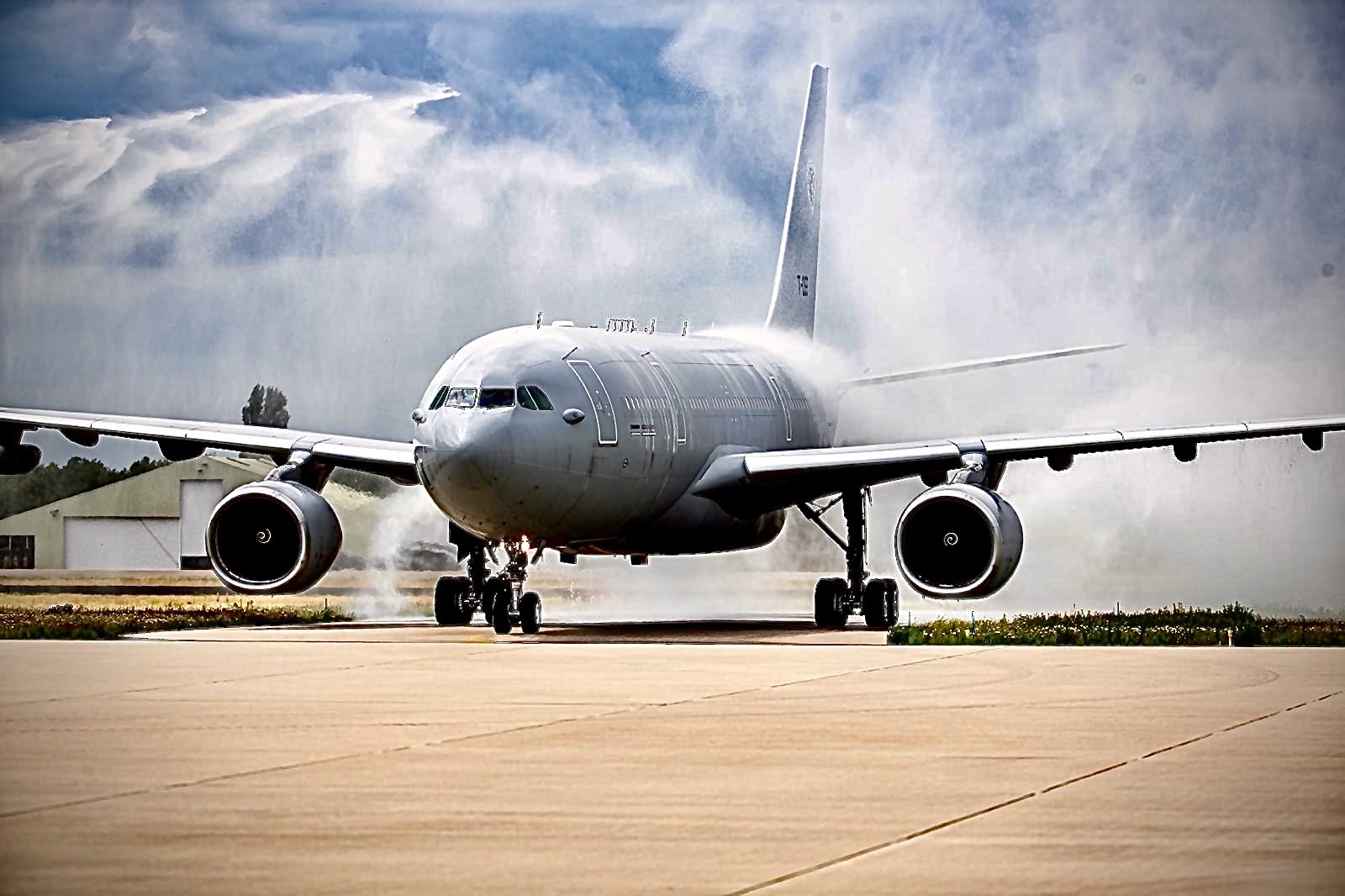 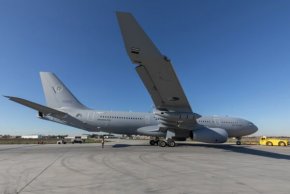 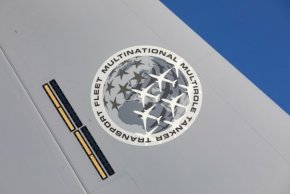 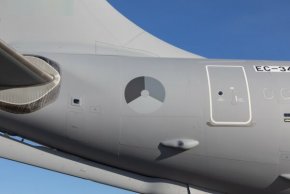 Staff member
In Dec 2018, Dutch Minister of Defence Ank Bijleveld stated that the Netherlands is investing in its armed forces to grow towards and eventually reach the NATO 2% of GDP defense spending norm. In this statement, minister Bijleveld also stated that NATO desires a third Dutch F-35A squadron, which equals to 15 aircraft in addition to the current order of 37.

Here an update about the first deployment of the brand new Dutch F-35s. I wrote this article a month ago; but still nice to share it here

Here a video of the first deployment.

From Monday, November 9, 2020, the exercise Frisian Lightning II started at Volkel Air Base. During this exercise, the new F-35A Lightning II fighter aircraft from Leeuwarden Air Base were sent to a domestic deployment for the first time in the Dutch history of this aircraft. At the end of the afternoon, the four brand new F-35A Lightning II fighters landed at Volkel Air Base. The landing of these aircraft attracted the attention of aircraft spotters who were ready to welcome the aircraft.

The exercise would last until Friday November 20, when the aircraft will fly back to Leeuwarden. The aircraft will fly two waves per day during the exercise. The first wave will take place in the afternoon and will be flown in daylight. The second wave is flown in the darkness of the evening. The flights will take about an hour and a half each time. The intention is that during these flights as many F-35s as possible will be launched in order to train as much as possible.

The entire detachment from Leeuwarden consists of about 150 men and women. The pilots who participate in this exercise are all qualified; they are all trained on the F-35 and all have years of experience on the F-16. Previously, the logistics, IT and security departments of the squadron already practiced at Leeuwarden Air Base during the exercise Frisian Lightning I. Here they trained in packing and preparing ground equipment and spare parts. therefore this exercise was a dry run in preparation for a real move. The experiences and lessons learned from that exercise are now applied in this second exercise. This time it concerns a transfer to another air base within the Netherlands.

During this exercise, the 322 Squadron from Leeuwarden will be based temporary at Volkel. This exercise focuses on the logistical relocation of the unit and is part of the step-by-step plan that will lead to an initial deployment capacity of the squadron at the end of 2021.

The exercise, called Frisian Lightning II, is the second in a series of exercises. The exercise is therefore part of the so-called “Road To Initial Operational Capability” (R2IOC). Where the Royal Netherlands Air Force knows exactly what to bring along with the F-16 Fighting Falcon and what the packing plan looks like, this is all new with the F-35A Lightning II.

What should personnel do with it during the deployment, does it fit in a container and is everything in order administratively? During this exercise, one will try out how to do this with this new weapon system in practice. A roadmap has been prepared by the Royal Netherlands Air Force for the full introduction of the F-35 to the unit.

This roadmap started from the arrival of the first aircraft at Leeuwarden at the end of 2019 and will continue until the IOC is achieved at the end of 2021. One of the steps is this relocation exercise that takes place at Volkel. In addition, the Royal Netherlands Air Force is continuously taking steps, such as further building up the squadron and continuous training of personnel (pilots, technicians, armaments, IT staff).

The facets of flying such as night flying ops, loading and dropping training bombs are also part of the R2IOC. If the unit achieves Initial Operational Capability (IOC) by the end of 2021, it means that the 322 Squadron will be able to deploy a unit of four F-35s including personnel and equipment for a short period of time anywhere in the world. The next step is a similar deployment exercise abroad. Then personnel will find out whether the RNLAF has everything ready when the national borders are crossed.

At the end of December 2020, the 313 Squadron at Volkel Air Base will cease its current activities with the F-16 Fighting Falcon. The unit is released from operational duty to begin its conversion to the F-35A Lightning II. The conversion will start in early 2021. The pilots will leave to the United States to Luke Air Force Base in the state of Arizona. At this American airbase, the Royal Netherlands Air Force currently has eight F-35As that are used for the training of the pilots. The pilots will be trained in the course of the following year. The ex F-16 pilots no longer have to go through the entire program, because they are, after all, already qualified fighter pilots. This is therefore only a conversion training on the Lockheed-Martin F-35A Lightning II. The fact that the pilots already have experience on the F-16 is a plus, but that does not mean that the conversion training is immediately an easy training, because the F-35A is an advanced aircraft and cannot be compared with the F-16. The ground crew will receive the necessary training at the American Eglin Air Force Base in the state of Florida. All American ground personnel for the F-35 are also trained at this American airbase. The Dutch personnel here only receive the necessary basic lessons on the new fighter type of air force. They will follow the real “on the job” training at Leeuwarden Air Base later in 2021. Here they will learn the job by learning from more experienced colleagues from the 322 Squadron. This unit of the Royal Netherlands Air Force has been using the F-35A since October 2019. people learn from experienced colleagues and will take this knowledge back to Volkel Air Base at a later date in 2022.

The State Department has made a determination approving a possible Foreign Military Sale to the Government of the Netherlands of CH-47 and AH-64 Pilot Training and Logistics Support and related equipment for an estimated cost of $125 million, but in this report they do not tell for how many years this support is. 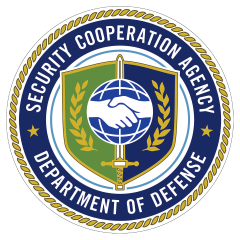 For the people in the Netherlands: if you suddenly get some low-flying C-130s in your area, dont panic! Its just an exercise.

For the aircraftspotters in the Netherlands: get your camera ready!

Im sure @Redskin301 and other aircraftspotters already know this... maybe they are already standby with their cameras ready....

The Netherlands currently fields 11 CH-47D helicopters that it first received in 1995 and six early-standard CH-47F helicopters that began arriving in 2012.
With the CH-47Ds due to be retired, the six CH-47Fs are being upgraded to serve alongside the 14 newbuild CH-47Fs to give the RNLAF a fleet of 20 commonly configured Chinooks.

The first of 14 newbuild CH-47F Chinook heavy-lift helicopter for the Netherlands arrived in the country on 14 April, two weeks after being formally handed over at the...
www.janes.com
Last edited: Apr 16, 2021

Yes I saw the helicopter coming in :-D

Redskin301 said:
Yes I saw the helicopter coming in :-D
Click to expand...

soon your photos and video of this event?

Sandhi Yudha said:
Can we expect

soon your photos and video of this event?
Click to expand...

Unfortunatly not yet, There was not media allowed this time due to Covid..... :-(

But I will catch it soon somewhere on the heath here

Brik II will be the first satellite of the Royal Netherlands Air Force. Innovative Solutions in Space from Delft created BRIK II together with the Koninklijke Nederlands Lucht- en Ruimtevaartcentrum (NLR) and also TU Delft and University of Oslo supported this project, which started in November 2017.

It is a good and important step forwards, but to say "Als alles verloopt volgens plan is Nederland na vandaag een ruimtemacht." is a little bit exaggerated. 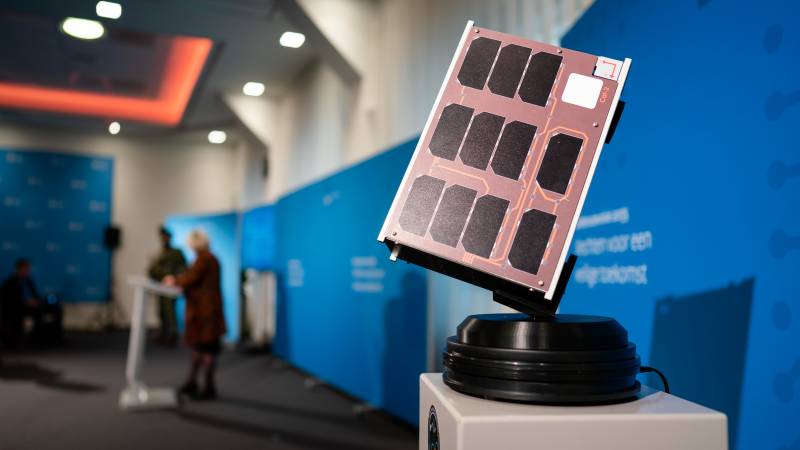 Here some information in English. The Brik-2 (Brik-II), built by ISIS for the Royal Netherlands Air Force, is a CubeSat (6U) technological testbed mission.

Gefeliciteerd! The first of four MQ-9A Reaper UAVs for the Netherlands was delivered on 7 July.

However, owing to budget cuts the programme was delayed to the extent that deliveries are just now getting under way. Once deliveries to the Netherlands are complete, the Reapers will be operated by 306 Squadron out of Leeuwarden Air Force Base. As previously reported, the Dutch will not arm its Reapers.
Click to expand...

So the KLu had to wait for about six-and-a-half years after the US State Department cleared the sale of four Reaper UAVs and four GCSs to the Netherlands in February 2015, not because they work slowly at Poway, but because of the Netherlands government budget cuts.

306 Squadron was formerly an F-16 squadron at Vliegbasis Volkel together with 311 and 312. 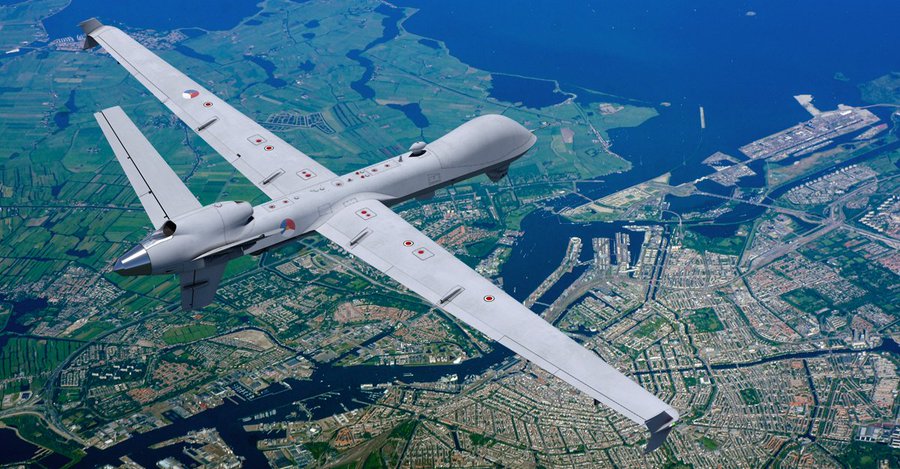 Aircraft MMF5/T-058 of the Multinational MRTT Fleet (MMF) was delivered to the unit's main operating station at Vliegbasis Eindhoven in the Netherlands, a sixth will be delivered in the near future.