Delivery and training for the integrated package of mounted, dismounted, and command and control EW systems began in January and concludes this month. Soldiers can use the equipment to implement electronic protection for their own formations, as well as to detect and understand enemy activity in the electromagnetic spectrum and disrupt adversaries through electronic attack effects.

“This equipment will provide additional sensors on the battlefield to contribute to the commander’s common operating picture, and assist in driving the targeting process,” said Capt. Sean Lynch, Electronic Warfare Officer for the 2nd Cavalry Regiment, or 2CR. “By continuing to contest and challenge NATO adversaries within the electromagnetic spectrum, it forces our adversaries to rethink their strategy and reinforces our ability to support the alliance.”

Provided in response to an Operational Needs Statement from U.S. Army Europe, the technologies are interim solutions designed as a bridge to enduring EW programs of record that are still in development. The Army Rapid Capabilities Office and the Project Manager for Electronic Warfare & Cyber teamed with 2CR and other receiving units on a rapid prototyping approach to drive system design, performance, functionality and training to meet operational needs in the near- and mid-term.

This approach — which adapted existing systems and incorporated emerging technologies to provide new EW effects and meet the emerging threat — enabled the Army to move faster than traditional acquisition methods have allowed in the past, delivering needed capabilities into the hands of Soldiers approximately a year after they were first envisioned.

“The arrival of these electronic warfare systems in Europe demonstrates how the Army can act rapidly to meet a combatant commander need and provide an important deterrent against a quickly modernizing, near-peer threat,” said Doug Wiltsie, director of the Army Rapid Capabilities Office. “We will continue to rely on Soldier input to improve the capabilities through phased upgrades, while reducing risk for enduring acquisition programs of record.” 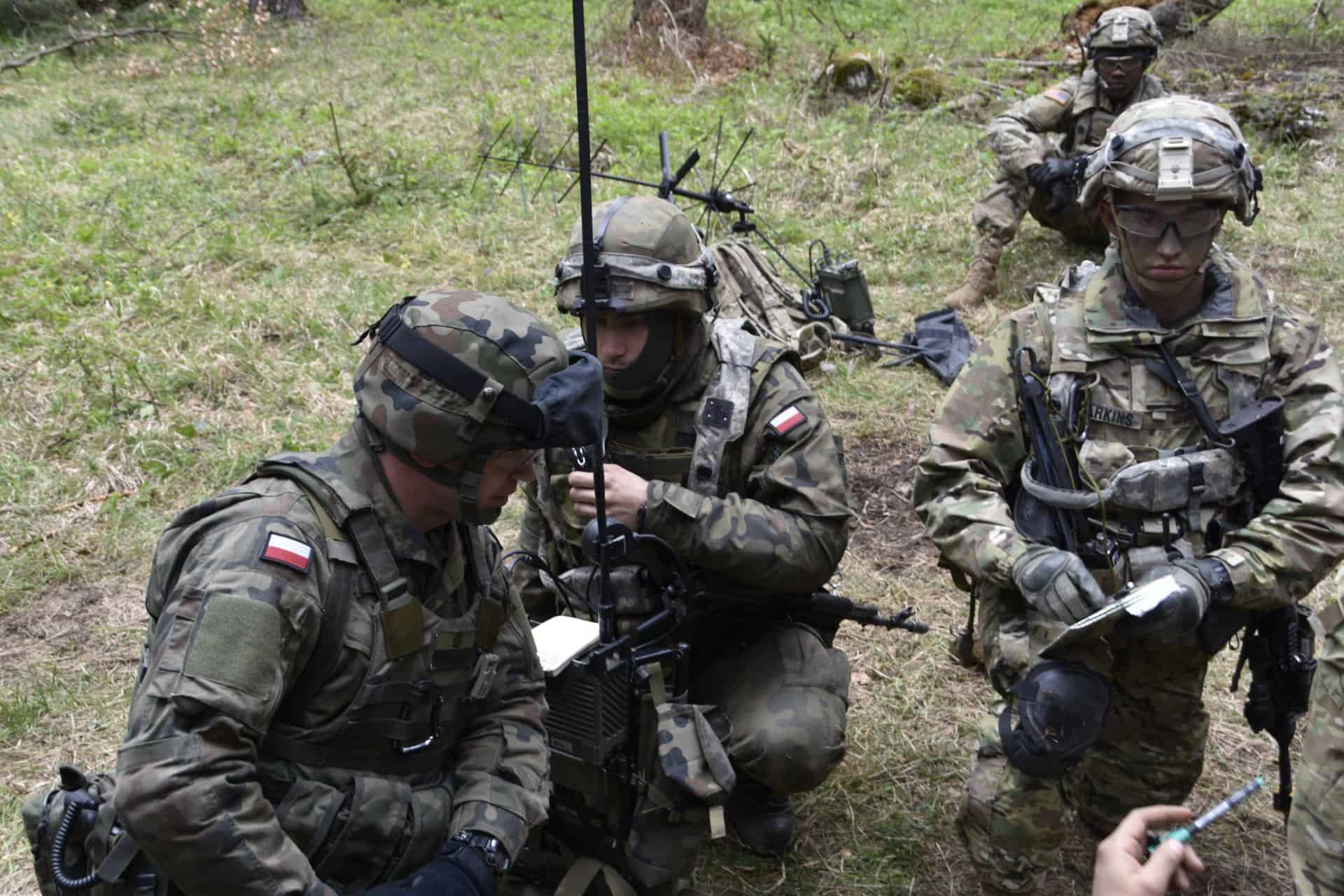 In Europe, where Russian aggression, tactics and capabilities have demonstrated the ability to use the electromagnetic spectrum to affect military operations, the impact of the prototype capabilities could be significant. Because the systems are ground-based and fielded at brigade and below, they provide commanders additional ways to influence and shape their areas of responsibility with EW assets that can be seamlessly integrated within their formations, rather than relying on air support.

“Having electronic warfare capabilities at lower echelons is not just important, but critical. This capability would be able to move and transition at the speed of combat, and provide immediate effects, whether geo-locating enemy emitters or denying tactical communications,” Lynch said.

“Freedom of action in this domain is critical to ground maneuver operations in Europe, and throughout the Operational Force, because so much of the equipment and vehicles Soldiers have come to rely on to complete their missions emit, receive on, are connected into, or are otherwise networked back into the electromagnetic spectrum or cyber domain,” he said.

The delivery of the integrated prototypes is part of a phased fielding approach that enables the Army to incrementally build EW capability as new technologies become available. Last spring, the 2CR received an EW system for dismounted Soldiers, as well as improved counter-unmanned aerial systems (C-UAS) capability mounted on Stryker vehicles. The new package of ground-based mounted, dismounted and command and control capability that is fielding now will soon also be supplemented with aerial systems and other improvements.

“What we have been able to do in 12 months is to get electronic warfare capabilities to the field and in the hands of users so they can provide direct feedback, inform how we plan to fight EW, and reduce risk for our electronic warfare programs of record that are right behind it,” said Col. Marty Hagenston, project manager for EW & Cyber, part of the Program Executive Office for Intelligence, Electronic Warfare and Sensors.

“These Soldiers are the Army’s first users of dedicated electronic warfare capabilities for brigade and below, and among the most advanced in Army; we are already seeing them build impressive tactics, techniques and procedures from the ground up as well as task organize to best achieve their commander’s desired end state,” he said.

The fielding and training has also provided a chance for the different units to examine how to task organize cyber and electronic warfare personnel as they integrate the systems within their formations. In the process, they are incorporating best practices from NATO partners and allies who have electronic warfare professionals with extensive experience conducting real world operations.

“We need to adapt as fast, if not faster, than the materiel solutions provided to us, and view this as one of the greatest tasks we see in the near term,” Lynch said. “I believe it will be critical in driving and informing discussions at multiple echelons on how electronic warfare Soldiers can best be employed on the battlefield.”

A British AI firm said it was rethinking its "safeguards" after its audio tool was used to clone celebrity voices...