For the first time, Soldiers got to unleash the distinct “brrrt” gunfire of a 30-millimeter cannon mounted on top of a Stryker combat vehicle as part of testing last week at Maryland’s Aberdeen Proving Ground, the program’s manager said Tuesday.

This summer, Soldiers with the 2nd Cavalry Regiment out of Vilseck, Germany, will get in-depth training with the new Stryker at Aberdeen before the Dragoons become the first Army unit to receive them.

“The purpose there is to prove out our gunnery training plan that will support fielding next year,” Col. Glenn Dean said of the upcoming exercise, while speaking at the International Armored Vehicles conference. “We’ll have a number of crews come over, and they’ll get to operate and drive the vehicle.”

The Army now has four prototypes of the new Stryker, also nicknamed Dragoon, with four more expected to be delivered in the next few months, he added.

With the program’s relatively quick acquisition of the vehicles, which began in fall 2015 at a cost of more than $400 million, the Army plans to have the first of the 83 Dragoons fielded by the end of fiscal year 2018, according to the colonel.

If things go well, more of the powerful cannons — most notably known for their use on a “tank-killer” aircraft, the A-10 Thunderbolt II — may be fitted on future Stryker vehicles.

“We’re not going to put a 30-millimeter cannon on every Stryker; it’s a selection of them,” he said. “Part of the decision on how many for the future will depend on what 2nd Cavalry Regiment has to say on what works or what doesn’t work, or if we have enough or too many.”

The Stryker program is now focusing more on improving the way the combat vehicle fights and moves, after years of modifying it to withstand attacks.

“While we were at war [in Iraq] our focus was survivability, and we continued to add survivability to the platform and sacrificed mobility and ignored lethality,” he said. “How do we get this program back to a balance [of all three]?”

After seeing Russia’s upgraded combat vehicles during the country’s invasion of Ukraine in 2015, Army leaders recognized a need to revamp the Stryker fleet.

“The Russians, it turns out, had upgraded and fielded significant capabilities while we were engaged in Iraq and Afghanistan,” Army Vice Chief of Staff Gen. Daniel B. Allyn said after the first Dragoon prototype was delivered in October.

So far, about $20 million has been saved in the Stryker Dragoon program, savings that have allowed Dean and others to pursue other efforts to enhance its lethality.

“We’re so far under budget, we were able to start a second upgrade program with the money we saved,” he said.

Using the freed-up money, the program will roll out the new fleet of Strykers with the ECB2a remote weapon station improvement, which gives greater flexibility to employ currently assigned weapons.

“Keeping a good eye on balancing your checkbook and being frugal allows you to buy more capability,” Dean said.

The ECB2a upgrade can also integrate javelin launch systems, giving commanders another option to deploy the anti-tank missile or even more of them at the same time, he added.

A second lethality program, the ECB2b modified improved target acquisition system, or MITAS, is also under development but was paid for with separate funding. This upgrade can help accurately launch TOW missiles from a Stryker.

“Those two efforts combined will touch about 70 percent of the Stryker fleet,” Dean said.

To improve mobility, the ECP1 program also plans to upgrade the electrical power, mechanical power, in-vehicle network, and chassis of many Stryker vehicles.

“Ultimately, these upgrades will go to refit all of the double V Stryker brigades in the force,” Dean said.

There is even a Stryker demonstrator equipped with a mobile expeditionary high-energy laser, and there’s talk of adding technology to neutralize threats to counter unmanned aerial systems, but it’s too early to know if those variants will ever be rolled out, he said. 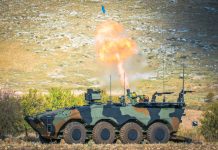 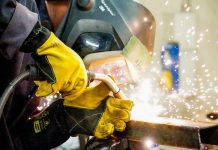 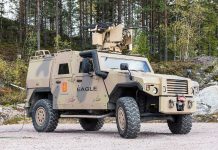