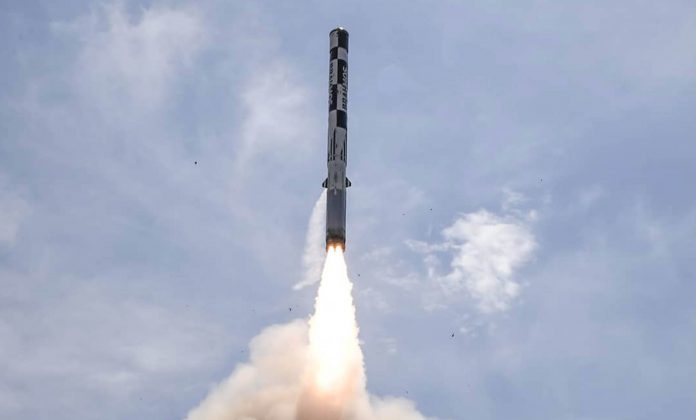 The first missile launch was from a land based mobile launcher, where most of the components were indigenous, including the missile airframe, fuel management system and DRDO designed seeker.

The second launch of the missile was carried out by Indian Air force (IAF) from SU-30MKI platform against a sea target. The test conducted in user configuration, revalidated the ship attack capability of the advanced air-launched cruise missile. During the test, the missile was gravity dropped from the air combat platform’s fuselage and the two-stage weapon’s engine fired up and the missile straightaway propelled towards the intended target positioned at the sea, piercing it with pin point accuracy.

Earlier on May 22, 2019, IAF had successfully tested the missile against a land-based target in the Car Nicobar Islands region. The BrahMos Air Launched Cruise Missile (ALCM) promises to bolster the air combat capability of IAF from stand-off ranges.

Successful Firing of Brahmos Air Launched Missile from Su-30 MKI Aircraft
The Indian Air Force (IAF) today successfully fired the BrahMos air version missile from its frontline Su-30 MKI fighter aircraft. The launch from the aircraft was smooth and the missile followed the desired trajectory and achieved a direct hit on the sea target, off Odisha Coast line.

The air launched BrahMos missile, designed and developed by BrahMos Aerospace Private Limited (BAPL), is a 2.5-ton supersonic air to surface cruise missile with ranges close to 300 km. The IAF became the first Air Force in the world to have successfully fired an air launched Trisonic class surface attack missile of this category on a sea target on 22 Nov 17. This was followed by a second live launch over a land target on 22 May 19.

Today’s was the third such live launch of the weapon and with this launch, the integration of the missile on Su-30MKI aircraft, is complete. The software development and integration of weapon of the aircraft was undertaken by the IAF engineers while HAL carried out complex mechanical and electrical modifications on aircraft. The dedicated and synergetic efforts of the IAF, DRDO, BAPL, HAL have made the nation proud.

The firing was successfully undertaken with dedicated support from Indian Navy.

The BrahMos missile provides Indian Air Force a much-desired capability to strike form large stand-off ranges on any target at sea or on land with pinpoint accuracy by day or night and in all weather conditions. The capability of the missile coupled with the high performance of the Su-30MKI aircraft gives the IAF a strategic reach and allows it to dominate the battle fields over land and sea. 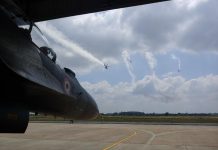 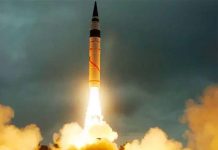