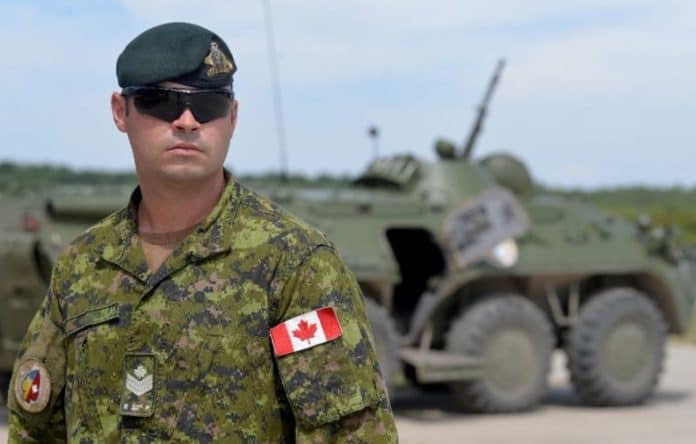 A row over how much NATO members spend on defence will overshadow a summit of alliance leaders this week, with US President Donald Trump set to tell allies in blunt terms to boost their military budgets.

Trump has repeatedly berated European NATO members and Canada for lagging on a pledge to try to spend two percent of GDP on defence, and he harangued them again on Twitter on Monday.

How much does the US spend on NATO?
Trump claimed on Monday that the United States was “paying for 90 percent of NATO”, though it is not clear how he arrived at this figure.

According to alliance figures, the US accounted for just under 72 percent of defence spending in NATO in 2017 — $686 billion of a total $957 billion spent by all 29 members that year.

In raw terms, Britain is the next biggest defence spender with an estimated $55 billion in 2017, followed by France with $46 billion and Germany with $45 billion.

The ‘two percent’ pledge
Raw expenditure figures, however, do not take into account the relative size of each country’s economy, and NATO countries have made defence spending commitments based on their gross domestic product.

In 2006 NATO defence ministers agreed as a guideline that they should spend at least two percent of their GDP on defence. But as the financial crisis hit, many cut military budgets.

At the Wales summit in 2014, alarmed by declining military spending across the alliance and as the Ukraine crisis raged, NATO members pledged to “aim to move towards the two percent guideline within a decade”.

Trump has repeatedly used this pledge to say that NATO countries which are not already hitting the two percent target are breaking a promise, but diplomats point out that this is not strictly speaking what was agreed — though almost all agree they need to spend more.

The US is by far NATO’s biggest spender in terms of GDP as well as raw expenditure, shelling out some 3.57 percent of GDP on defence in 2017, according to NATO figures.

Greece is second, with 2.36 percent — albeit of a much smaller economy — followed by Britain with 2.12 percent. Estonia with 2.08 percent is the only other European country to hit the target.

Germany, Europe’s economic powerhouse, lags on just 1.24 percent and has come in for withering criticism from Trump, though his defence chief Jim Mattis last month praised Berlin’s efforts to step up spending on its creaking armed forces.

The sheer size of Germany’s economy — total GDP in 2017 was around $4 trillion, compared with just $250 billion for Greece — makes it difficult for Chancellor Angela Merkel to quickly boost the percentage of GDP spent on defence.

Defence spending vs spending on NATO

At times Trump has suggested NATO allies “owe” money to the alliance. This slightly confuses the two percent pledge, which relates to spending on their own defence budgets, with financial contributions made directly to NATO.

Direct contributions to NATO are used to pay the organisation’s so-called “civil budget” — 248 million euros in 2018 — which covers the running costs of the Brussels headquarters, and the “military budget” — 1.325 billion in 2018 — which finances NATO’s command structure.

All 29 members contribute according to an agreed cost-sharing formula based again on the size of their economies. As the biggest economy the US pays 22 percent of the total, followed by Germany with 14 percent and France and Britain with 10.5 percent.