Chinese Military Modernization and Force Development: Chinese and Outside Perspectives

The Burke Chair at CSIS has developed a new analysis of the trends in Chinese military strategy and forces entitled Chinese Military Modernization and Force Development: Chinese and Outside Perspectives. This report provides a comprehensive update of previous Burke Chair studies.

The goal behind this report is not to present the authors’ view of the balance, but rather to provide the basis for an unclassified dialogue on the military developments in China, including the size and structure of the country’s current and planned military forces. It draws on official US, Chinese, and other Asian official reporting, as well as the work of other scholars and the data bases developed by the IISS and Jane’s in an effort to compare different views of Chinese strategy and military developments, and is meant to provide US, Chinese, and other analysts with a better basis for understanding Western estimates of the changes in Chinese force strength and force quality. 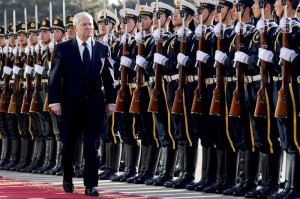 The United States and the People’s Republic of China (PRC) face a critical need to improve their understanding of how each is developing its military power and how to avoid forms of military competition that could lead to rising tension or conflict between the two states. This report focuses on China’s military developments and modernization and how they are perceived in the UIS, the West, and Asia. It utilizes the unclassified data available in the West on the trends in Chinese military forces. It relies heavily on the data in the US Department of Defense (DoD) Report to Congress on Military and Security Developments Involving the People’s Republic of China, particularly the 2013 and 2014 editions.

It relies heavily on the annual military balances compiled by the International Institute for Strategic Studies (IISS), though a range of sources are included. It should be noted that this report focuses on Chinese forces, and therefore presents only one side of the US and Chinese balance and the security situation in Asia. It also draws upon a Burke Chair report entitled The Evolving Military Balance in the Korean Peninsula and Northeast Asia, looking at the bilateral US-Chinese balance in more detail.

Accordingly, it focuses on the actual changes taking place in Chinese forces, and it provides a detailed analysis detailed analysis of the trends in Chinese military forces since 1985, examining how the often-conflicting trends in outside sources interact with reporting on Chinese military spending and strategy. It also shows that important changes are taking place in US strategy and that these changes must be considered when evaluating Chinese actions.

The study makes it clear that US, other Asian, and other Western sources and analyses of Chinese military developments are not an adequate basis for US and Chinese dialogue without Chinese review, commentary, or more Chinese transparency in providing data on Chinese strategy, military forces, and military spending. There is a critical need for focused military dialogue and for joint US and Chinese efforts to develop common data and perceptions on US and Chinese military strategy and net assessments of the overall trends in military balance and strategic situation in the Pacific region.

Moreover, this report shows that focusing on strategy and concepts in broad terms is no substitute for a detailed examination of specific changes in force strength, the extent to which concepts and strategy are actually being implemented, and how the shifts in US and Chinese forces actually compare.

The report examines a range of data regarding Chinese capabilities and force modernization, focusing on the most reliable sources. Using these sources, it analyzes the full range of China’s military capabilities as well as trends in their growth and composition. The data indicate that the PRC has engaged in a continuing military modernization program that is expanding the capabilities available to the People’s Liberation Army (PLA). 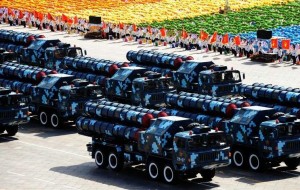 Although the PLA has consistently reduced its Personnel since the 1980s, reductions in obsolete equipment and the procurement and deployment of modern systems in its land, air, naval, and missile forces have led to increases in the PLA’s overall military effectiveness, especially in the context of its “Local War under Conditions of Informatization” military doctrine.

Data alone, however, cannot provide a full narrative: this report places the observable data within the context of contemporary Chinese military thought and doctrine. Seen within the context of Chinese military doctrine, the modernization efforts in the PLA Army, Navy, Air Force, and Second Artillery Force have enabled changes in operations and tactics as well as in force structure and weapon systems: these changes, in turn, have expanded PLA military capabilities and placed China on the road to becoming a modern military power.

US Navy gets its first four-star female admiral

US puts troops on alert over Ukraine, Biden calls allies

The United States put 8,500 troops on alert Monday over the growing tension in Ukraine and President Joe Biden called...

NATO allies have put forces on standby and sent ships and fighter jets to bolster Europe's eastern defences as tensions...

MQ-8C Fire Scout Makes Operational Deployment with the US Navy

Seven injured in US F-35 incident in South China Sea

US puts troops on alert over Ukraine, Biden calls allies