The visit of the Russia Minister of Defence General of the Army Sergei Shoigu has given additional impetus to military and technical cooperation between Russia and Myanmar: the Republic is actively procuring the Russian armaments and military hardware, including the SU-30 fighter jets.

He expressed confidence that the Su-30 warplanes would become the main fighter jets of the Myanmar’s Air Force to protect territorial integrity and repel terrorist attacks.

The Su-30 is the main fighter jet in service with the Russian Aerospace Forces. It has proved to be a world class warplane. 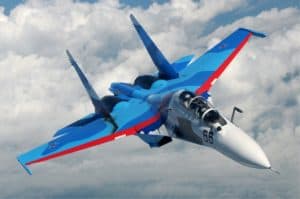