The US Department of Defence (DoD) announced the deal in a statement issued on Feb 16. 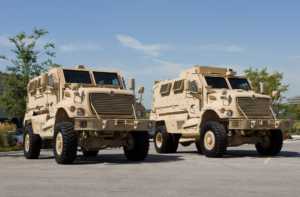 The project is set to be completed by October 2018. Work on the project will take place in West Point, Mississippi, and Pakistan.

Contract bids were solicited via the internet, with Navistar Defence’s the only one received.