The TGS system is part of the Distributed Common Ground System-Army (DCGS-A), the Army’s primary deployed system for posting, processing and distributing intelligence, surveillance and reconnaissance information in real time to intelligence analysts and commanders.

The order is valued at $31.5 million with all options exercised. The first of the new TGS systems is scheduled for delivery during the third quarter of 2013.

DCGS-A provides Army analysts with access to more than 600 data sources and allows rapid collaboration through shared data access. The General Dynamics-built TGS-Lot D systems allow analysts to comb through millions of classified and unclassified records within minutes, providing commanders with status updates on persons of interest and imminent threats such as improvised explosive devices. 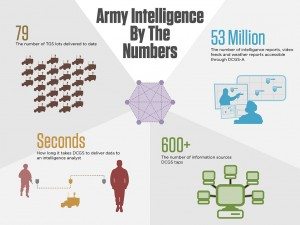 Kyiv on Friday reported a massive cyber attack on key government websites as tensions between Russia and the West over...