WASHINGTON: Defense Secretary Robert M. Gates laid out his recommendations for the 2010 budget during an April 6 Pentagon press conference .

The secretary said he included his experiences in national security to make the decisions.

“We will retain and accelerate the initial increment of the program to spin out technology enhancements to all combat brigades,” he said.

But he said there are unanswered questions about the program’s vehicle design strategy.

“I am also concerned that, despite some adjustments, the FCS vehicles — where lower weight, higher-fuel efficiency and greater informational awareness are expected to compensate for less armor — do not adequately reflect the lessons of counterinsurgency and close-quarters combat in Iraq and Afghanistan,” he said.

The current vehicle program, developed in fiscal 2000, does not include the recent $25 billion investment in the mine-resistant, ambush-protected vehicles that have saved so many lives in Afghanistan and Iraq.

“Because the vehicle part of the FCS program is currently estimated to cost over $87 billion, I believe we must have more confidence in the program strategy, requirements and maturity of the technologies before proceeding further,” he said. “Accordingly, I will recommend that we cancel the vehicle component of the current FCS program, re-evaluate the requirements, technology and approach, and then re-launch the Army’s vehicle modernization program, including a competitive bidding process.”

The Army needs a vehicle modernization program to meet the needs of the full spectrum of conflict.

“But because of its size and importance, we must get the acquisition right, even at the cost of delay,” the secretary said.

Secretary Gates recommended halting the F-22 Raptor procurement at 187, and investing instead in the F-35 Joint Strike Fighter.

The secretary also would like to end other under-performing programs, such as the VH-71 presidential helicopter.

“This program was originally designed to provide 23 helicopters to support the president at a cost of $6.5 billion,” he said. “Today, the program is estimated to cost over $13 billion, has fallen six years behind schedule, and runs the risk of not delivering the requested capability.”

Secretary Gates said the military will develop options in fiscal 2011 for a follow-on program.

The secretary also would like to terminate the Air Force Combat Search and Rescue X helicopter program. The program has a troubled acquisition history and raises the question of whether this important mission can only be accomplished by yet another single-service solution with single-purpose aircraft.

“We will take a fresh look at the requirement behind this program and develop a more sustainable approach,” he said.

Secretary Gates said he is recommending an end to the $26 billion transformational satellite program, and instead would like to purchase two more advanced, extremely high frequency satellites as alternatives.

Turning to missile defense, he recommended restructuring the program to focus on the rogue state and theater missile threat, meaning the United States will not increase the number of ground-based interceptors in Alaska.

“But we will continue to robustly fund continued research and development to improve the capability we already have to defend against long-range rogue missile threats, a threat North Korea’s missile launch this past weekend reminds us is real,” he said.

The secretary said he would like to cancel the second airborne laser prototype aircraft, and shift the existing aircraft and program to a research and development effort. Under his recommendation, the multiple kill vehicle program also would end “because of its significant technical challenges and the need to take a fresh look at the requirement,” he said.

Overall funding at the Missile Defense Agency would drop by $1.4 billion.

The recommendation also calls for the purchase of two destroyers in fiscal 2010.

“These plans depend on being able to work out contracts to allow the Navy to efficiently build all three DDG-1000 class ships at Bath Iron Works in Maine and to smoothly restart the DDG-51 Aegis destroyer program at Northrop Grumman’s Ingalls shipyard in Mississippi,” Secretary Gates said.

The secretary also will delay or re-evaluate the next generation cruiser, amphibious landing and sea-basing programs.

Acquisition workforce changes also are imperative for the process to get on the right track.

“Under this budget request, we will reduce the number of support service contractors from our current 39 percent of the workforce to the pre-2001 level of 26 percent and replace them with full-time government employees,” he said.

These are just a portion of the recommendations Secretary Gates will make. The secretary stressed that his recommendations reflect lessons learned in Iraq and Afghanistan.

“I know that in the coming weeks we will hear a great deal about threats, and risk and danger to our country and to our men and women in uniform associated with different budget choices,” he said.

“Some will say I am too focused on the wars we are in and not enough on future threats,” he continued. “The allocation of dollars in this budget definitely belies that claim.

“But, it is important to remember that every defense dollar spent to over-insure against a remote or diminishing risk — or, in effect, to ‘run up the score’ in a capability where the United States is already dominant — is a dollar not available to take care of our people, reset the force, win the wars we are in and improve capabilities in areas where we are underinvested and potentially vulnerable. That is a risk I will not take.”

The chairman of the Joint Chiefs of Staff said he fully supports Secretary Gates’ decisions.

“None of them was easy to make; all of them are vital to the future,” Navy Adm. Mike Mullen said in a written statement.

In his statement, Admiral Mullen said it is imperative that the U.S. military invest more in the counterinsurgency mission. Secretary Gates’ budget recommendations preserve traditional U.S. strengths while investing in this vital mission.

“The secretary presided over a comprehensive and collaborative process to arrive at his decisions,” Admirall Mullen said. “Every service chief and combatant commander had a voice, and every one of them used it. I know I speak for all of them when I say we are prepared to execute each and every one of these recommendations.” 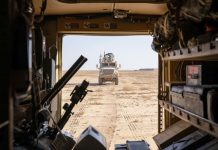 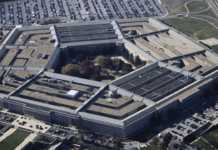 Pentagon finds no ‘immediate threat’ in training of Saudis 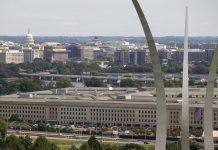