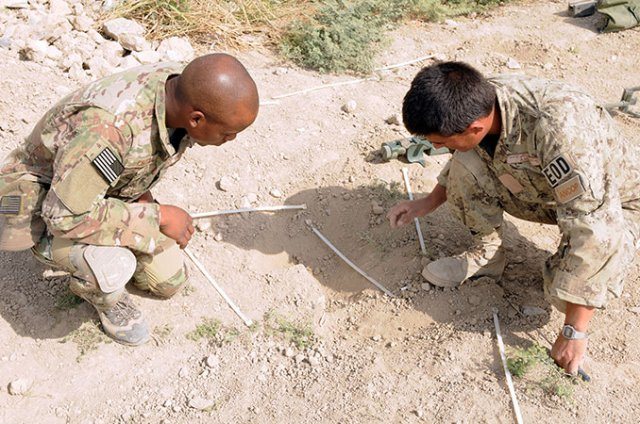 Improvised explosive devices and the networks that use these asymmetric weapons, will remain an enduring threat to U.S. forces and the nation for decades to come, the Defense Department’s top counter-IED official told lawmakers, Sept. 20.

“The IED (improvised explosive device) is the weapon of choice for threat networks because they are cheap, made from readily available off-the-shelf components, easy to construct, lethal and accurate,” said Lt. Gen. Michael D. Barbero, Joint IED Defeat Organization, or JIEDDO, director, during testimony to the House Appropriations Committee’s subcommittee on Defense Thursday.

This trend is apparent in Afghanistan, where IED events continue to rise, Barbero said.

A major factor contributing to these high numbers is the use of fertilizer-based homemade explosives.

“While the overall number of IED events is high, our ability to find and neutralize them before detonation has improved steadily, helping to reduce U.S. casualties by more than 40 percent since last year,” said Barbero.

Barbero attributes this success to several factors, applying lessons learned in theater to pre-deployment training, fielding increased numbers of counter-IED capabilities, and the commanders and warfighters on the ground continuously refining their tactics, techniques and procedures tailored specifically for the Afghan threat.

“Since 2007, IED incidents outside of Iraq and Afghanistan have increased to more than 500 events per month,” said Barbero. “Since January 2011, there have been more than 10,000 global IED events occurring in 112 countries that were executed by more than 40 regional and transnational threat networks.

“The extremist networks that employ the IEDs have proven to be resilient, interconnected and extremely violent,” he said. “Globalization, the Internet and social media have all extended the reach of these organizations, providing platforms for recruiting, technical exchanges, training, planning, funding and social interaction.

Acknowledging that IEDs are here to stay and are now a reality of 21st-century warfare throughout the world, JIEDDO, in conjunction with the Department of Defense, has been reviewing proven counter-IED capabilities developed during the past decade to determine which ones should be institutionalized. Based on the review, Barbero said JIEDDO is recommending continuation of investment in the following five counter-IED capabilities:

JIEDDO’s ability to rapidly provide counter-IED solutions to the warfighter in response to the dynamic IED threats they face in combat is the first capability.

“The constantly changing threat environment requires the Defense Department to maintain a higher level of institutional acquisition agility and a continued investment in counter-IED research and development,” Barbero said.

“The continually evolving, adaptive enemy mandates a responsive, agile acquisition and fielding capability,” he said in written testimony. “Our warfighters deserve to have the best capabilities as quickly as possible.”

The second capability identified is the ability to fuse operational information and intelligence from all sources to produce actionable intelligence — delivering analytical products that meets the needs of both the warfighter and domestic security partners.

“This is accomplished through a robust and powerful network of partners with whom analytical tools, methodologies and most importantly, information and intelligence, can be shared to identify, and then exploit, the vulnerabilities of these global threat networks,” Barbero said. “The speed at which these networked enemies operate requires us to remain networked in our intelligence and analytical efforts in the future.”

Counter-IED training is the third capability that must endure and be permanently integrated into each services’ training institutions and centers, he said.

The best counter-IED tool is a well-trained warfighter, and this requires a comprehensive and adaptive pre-deployment training curriculum, said the general. Such training ensures forces have adequate time to understand the integration of all aspects of the counter-IED fight before deploying to theater.

“As we have learned in Iraq and Afghanistan, we can provide the best counter-IED capability to the warfighter, but without the timely and relevant training component, the full capacity of equipment and tactics will never be realized,” Barbero said.

The fourth enduring capability is the relevant and timely collection, analysis, and technical and forensic exploitation of current and emerging IED technologies accomplished through weapons technical intelligence, or WTI.

During the past eight years, JIEDDO, the military services, U.S. interagency and multinational partners have developed the WTI process.

“The highly effective WTI process (has allowed us) to derive forensic evidence, fingerprints, DNA and biometrics, to identify personnel and target extremist networks in order to defeat the IED threat,” Barbero said.

“Our tactical commanders in Afghanistan increasingly focus operations to collect biometric and forensic data and several have referred to it as a ‘game changer,'” he said. “WTI removes a violent extremist’s greatest defense, anonymity, and makes them vulnerable to attribution and it must remain a crucial tool in our counter-IED fight.”

The fifth capability calls for a whole-of-governments approach to counter the enduring global IED threat.

“We must continue to synchronize our counter-threat network capabilities and actions among our domestic, international and other security stakeholders,” Barbero said.

JIEDDO co-leads an interagency forum consisting of U.S. intelligence and interagency partners, federal law enforcement, coalition communities and forward-deployed forces. The goal of the forum is to achieve a more transparent and holistic effort to disrupt the threat networks employing IEDs against U.S. and coalition forces.

Maintaining this momentum against an adaptive threat and creative enemy requires the continued focus of the intelligence community to build a common intelligence picture, he said.

“We will continue to face an ever-present threat from the overlapping consortium of networks employing IEDs as their weapon of choice,” Barbero said. “We have to continue to pursue a whole-of-governments approach, knitting together all the tools we have at our disposal in order to non-kinetically attack these networks, including their finances.”

The IED threat and the networks that employ these weapons are here to stay, operationally and here at home, Barbero said.

“As we have done from previous conflicts, we must account for the enduring threat and retain our hard-earned capabilities to counter these threats,” he said. “It is our responsibility to learn and adapt our institutions accordingly. We are committed to providing every possible capability we can to protect our troops into 2014 and beyond.” 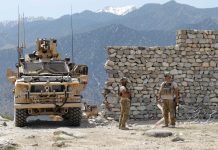