CARLISLE BARRACKS, Pa.: The year is 2018 and North Korea has just crossed the DMZ, its Army camouflaged among refugees forced across the border into South Korea. It has nuclear weapons and has launched cyber attacks against the U.S. and South Korea.

The scenario is one of four the Army, its sister services, governmental and nongovernmental agencies and multinational forces are confronting here this week during Unified Quest 2009, the Army’s future game and the chief of staff’s mechanism to examine conflicts the Army might face in 10 years and the capabilities it could need.

Sponsored by Training and Doctrine Command, players included representatives from Forces Command, the Air Force, Navy and Marines, Special Operations Command, the State Department and other countries. Students from the School of Advanced Military Studies at Fort Leavenworth, Kan., were on hand to help develop responses to the challenges.

“Unified Quest examines the future operational environment to frame the issues and help inform the leadership of decisions they will need to make, specifically the chief of staff of the Army,” said Lt. Col. Paul Coyle, of TRADOC’s joint warfare branch. He noted that the decisions Gen. George W. Casey Jr. makes now in his budget requests will affect how the Army operates in 2018, and that research and development for capabilities the Army might need should begin now.

The CSA provided objectives and questions to help guide Unified Quest, Coyle said, such as “What do we need to do with our concepts in the future? How do we need to conduct operations? How do we provide a venue to continue to integrate (special operations forces and general forces)? Implications of emerging technologies?”

Another important concept the players used was the Commander’s Appreciation for Campaign Design, a new theory that was developed as a result of last year’s game and will be included in Field Manual 5.0. According to Coyle, CACD teaches commanders to look at problems and operational environments systemically, taking into account factors such as key actors, environmental issues and history to create a problem framework. It goes beyond the military to political and economic spheres to help commanders plan how to best achieve success.

Interagency collaboration was a big part of this year’s Unified Quest, along with the Army Capstone Concept, TRADOC’s vision for an agile, adaptive future force, and force generation. Coyle said they’ve learned that there is more to the generating force than simply providing forces to combatant commanders. Sometimes this can include generating capabilities as well.

Getting that outside perspective from other agencies and nations is what sets Unified Quest apart from other war games, because they challenge the assumptions of Army leaders and Soldiers, Gen. Martin E. Dempsey, the TRADOC commander, told reporters.

“Early in my career, we challenged leaders with mass: this Soviet array coming at you,” he said. “Compressed time because they’re marching on a timetable. If you wanted to raise the bar on a leader while training, you either added more mass or you compressed the time.

“Now, I think the paradigm should be that we challenge leaders through increasing complexity and extending time. What I mean by that, is in a campaign, the enemy is going to mutate. He’s going to change the way he confronts you…Your adversary today and in the future is not going to stay in one place because they’ll try to find ways to confront you where you don’t have the advantage. So how do you train a leader to see that complex problem?”

In another scenario, a border dispute between Uzbekistan and Turkmenistan, fueled by competition over water, oil and natural gas resources, becomes a mass casualty situation when Uzbekistan occupies the disputed area. In South America, Bolivia is divided between left and right wings after the failure of a leftist regime and the U.S. Army is providing medical aid and building roads, while fighting foreign and domestic terrorists and drug gangs at home. A domestic radical group attacks Washington, D.C., with anthrax while drug gangs attack El Paso, Texas, in an attempt to control that city and the U.S.-Mexico border.

In all of these scenarios, the Army joins in a whole-of-government approach to use all the components of national power in solving the problems.

A blue team on each panel represented the United States and its allies, while a red team played the enemy. A third team, green, stood for other people and organizations who weren’t necessarily on either side, but contributed to the outcome of a conflict, such as civilians. An overall Global Strategic Panel took the emerging trends and framed them in a global context.

The TRADOC G-2 (Intelligence) helped choose the countries, but no one should attach any message to the choices, cautioned Col. H.R. McMaster, the director of concept development at TRADOC’s Army Capabilities Integration Center. They were picked as countries where challenges the Army is facing today could be magnified to realistically represent the future for the purposes of the game.

The heart of all the scenarios is increasing instability in a world where resources are becoming scarcer thanks to population growth and global warming, and terrorist groups and drug gangs continue to rise. The traditional battles where two large armies face each other are probably things of the past, Dempsey said. He explained that the Army needs to adapt the way it trains its leaders, and that they must be flexible and able to adapt to a range of threats that can change rapidly. And it’s good if the Army guesses wrong while war gaming because it leads to more adaptation. The important part is the process of reacting to changing threats.

“I think what we’re really about is trying to build an Army and develop leaders who will be versatile and agile enough so when we get it wrong, they’ll be able to adapt to the situation … What we’re seeking is maybe a sweet spot on a map where we’re going to be versatile enough and have developed leaders who are agile enough that they can take a situation that is not exactly what we thought it was going to be and they have the tools to do it…

“I think what you see us analyzing here is, where should we be optimized? Dempsey said. “And I don’t know the answer to that yet, but that’s our task,” he said. 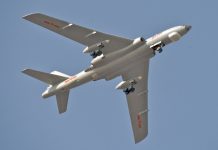 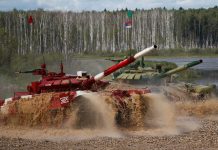 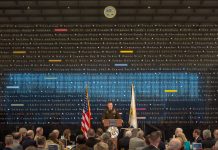