They are also performing the “core wing” function at what is known as the Air Force’s premier large force exercise.

From Jan. 27-Feb. 15 they, alongside air and ground units from across the U.S. Air Force, U.S. Navy, Royal Air Force and Royal Australian Air Force, are learning how to fight and win together in a realistic combat environment. As the core wing, the 388th FW is the hub for integration, support and resources for the deployed force.

“Red Flag gives us — especially our young pilots and maintainers, many of whom have never been down range — the opportunity to experience a joint, deployed environment,” said Col. Steven Behmer, 388th Fighter Wing commander. “We don’t simply learn how to execute the mission, we also get to know each other better, how we work and succeed together.”

The 388th Fighter Wing isn’t the only unit at Red Flag with F-35s. The British Royal Air Force 617 Squadron from RAF Marham brought F-35Bs to the Red Flag exercise.

This will further the integration the 421st Fighter Squadron began during last year’s European Theater Support Package, where they began putting in place processes for “cross-servicing” maintenance activities, as well as operational integration with European F-35 partner nations.

Organizers say integration on the ground and in the air is key to success at Red Flag, as it is in war.

During the exercise, a friendly “blue force” fights against an enemy “red force” in what is known as the Air Force’s premier large-force combat-training experience. Red Flag may be the only place in the world where it’s OK if the “bad guys” win the day once in a while.

“Our aggressors here are very good, they know the capabilities and shortcomings of the good guys and they work to exploit those,” said Col. William Reese, 414th Combat Training Squadron commander. “We want them to fail here, so they learn and do better in the future, which may be in real-world combat.”

The Nevada Test and Training Range hosts both integrated air defenses with early warning systems and advanced surface-to-air threats. Couple those with highly trained aggressor pilots flying aircraft that simulate real-world enemy aircraft, and participants are presented with challenging missions in a variety of different scenarios.

Red Flag was created 40 years ago to give young pilots a realistic combat experience before flying against a real enemy threat. The threats have evolved since Vietnam, but Red Flag has evolved with them.

“We’re not just doing fighter integrations here. We’re doing cyber integration, we’re doing space and intelligence operations,” Reese said. “We have good guys and bad guys on each side. When we integrate, we win. When we operate as small, separate teams, we lose.”

This is the second time the 388th Fighter Wing has served as the core wing at Red Flag.

The active duty 388th FW and Air Force Reserve 419th FW are the Air Force’s first combat-capable F-35A units. They fly and maintain the jet in a Total Force partnership, which capitalizes on the strength of both components. 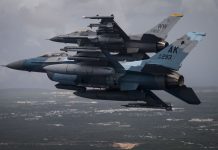 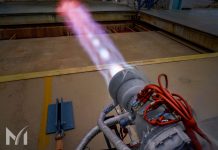 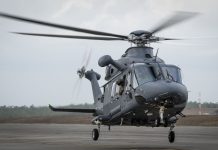