Teal Group’s 2012 market study estimates that UAV spending will almost double over the next decade from current worldwide UAV expenditures of $6.6 billion annually to $11.4 billion, totaling just over $89 billion in the next ten years.

“The UAV market will continue to be strong despite cuts in defense spending,” said Philip Finnegan, Teal Group’s director of corporate analysis and an author of the study. “UAVs have proved their value in Iraq, Afghanistan and Pakistan and will continue to be a high priority for militaries in the United States and worldwide.”

“The Teal Group study predicts that the U.S. will account for 62% of the worldwide RDT&E spending on UAV technology over the next decade, and 55% of the procurement,” said Teal Group senior analyst Steve Zaloga, another author of the 574-page study.

The ninth edition of the sector study, World Unmanned Aerial Vehicle Systems, Market Profile and Forecast 2012, examines the worldwide requirements for UAVs, including UAV payloads and companies, and provides ten-year forecasts by country, region, and classes of UAVs.

The 2012 study provides 10-year funding and production forecasts for a wide range of UAV payloads, including Electro-Optic/Infrared Sensors (EO/IR), Synthetic Aperture Radars (SARs), SIGINT and EW Systems, C4I Systems, and CBRN Sensors, worth $2.7 billion in Fiscal Year 2012 and forecast to increase to $6.0 billion in Fiscal Year 2021. The UAV electronics market will grow steadily, with the fastest growth and opportunities in SAR and SIGINT/EW, according to Dr. David Rockwell, third author of the new study.

“Few now question that ISR is ‘the centerpiece of our global war on terrorism’, with production beginning for major endurance UAV systems such as MP-RTIP, new development programs such as wide angle EO/IR systems, a variety of ground and foliage-penetrating radars and an ongoing ‘sensor drift’ as more sophisticated non-EO sensors are developed for smaller and smaller UAVs”.

“The payload portion of the 2012 study includes many new systems and system types, including a new section on UAV self-defenses. Overall, UAV SIGINT and EW markets will see a massive 20.2% CAGR (Compound Annual Growth Rate) from FY12 to FY17,” according to Dr. Rockwell.

The study also includes a UAV Manufacturers Market Overview that reflects the worldwide UAV market “again continuing as one of the prime areas of growth for defense and aerospace companies,” said Finnegan. The new study reflects the rapid growth of interest in the UAV business by increasing the number of companies covered to some 40 U.S., European, South African and Israeli companies, and reveals the fundamental reshaping of the industrial environment.

As prime contractors and small companies compete in the dynamic UAV market, they are adopting widely different strategies. “Our overview tracks the widely varying approaches being taken by these key companies, ranging from outright acquisitions to teaming arrangements and internal development of new UAV systems,” said Finnegan.

The Teal Group is an aerospace and defense market analysis firm based in Fairfax, Virginia USA. It provides competitive intelligence to industry and government worldwide. 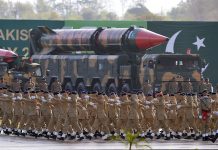 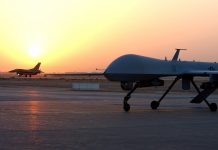 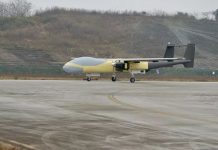