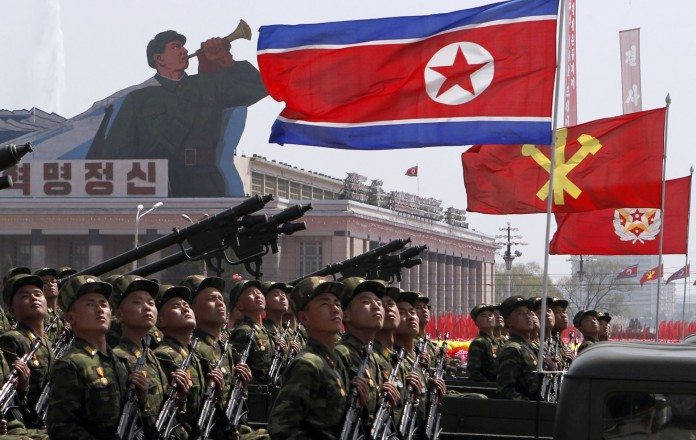 The report, “Military and Security Developments Involving the Democratic People’s Republic of Korea,” was originally mandated in 2012 to inform Congress and the public of DoD’s analytical assessment of North Korea’s activities based on continuous U.S. monitoring, according to DoD officials. The latest report does not contain North Korea’s underground nuclear bomb detonation on Jan. 6, or missile launch on Feb. 7, but Davis confirmed the detonation.

Addressing the Feb. 7 launch, Davis told reporters that North Korea’s use of “ballistic-missile technology, following so closely on the heels of its January nuclear test, is another destabilizing and provocative action and flagrant violation of multiple U.N. security council resolutions.”

“North Korea has veiled [the Feb. 7 launch] as a peaceful space launch, but we all recognize that this very technology is used to construct the [intercontinental-ballistic missiles] they aspire to possess and [use] to hold our homeland at risk,” Davis said.

North Korea’s missile and nuclear weapons program further “undermines peace and security in the broader region [and] represents serious threats to our interests, including the security of some of our closest allies,” he noted.

“They continue to prioritize missile and nuclear weapons programs over the well-being of their own people,” the spokesman said, “and we remain fully committed to our allies in the region and will take all necessary steps to defend ourselves and our allies and respond to North Korean provocations.”

The North Koreans’ December 2012 missile launch bears some resemblance to the launch on Feb. 7, he said.

“A lot has been made of the satellite they have put into orbit and whether it’s in a stable orbit or tumbling,” he noted. “What matters is they have now done, on two different occasions, this demonstration of a three-stage rocket capability, which is capable of reaching space. That is the same technology that can be used to put a nuclear warhead on and to hold distant countries at risk.”