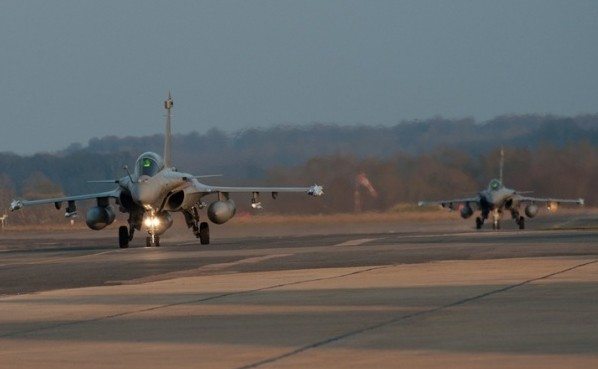 WASHINGTON: The US military has carried out more air strikes against the Islamic State group in Libya, killing several fighters, the US Africa Command said Thursday.

The strikes hit Tuesday about 160 kilometers (100 miles) southeast of the Mediterranean city of Sirte, AFRICOM said in a statement.

On Sunday, the Pentagon announced the first air strikes in Libya since President Donald Trump took power in January.

Prior to that, the last known US air strikes were carried out in early January under then-president Barack Obama, targeting two IS camps where militants were suspected of actively planning operations in Europe.

IS “and Al-Qaeda have taken advantage of ungoverned spaces in Libya to establish sanctuaries for plotting, inspiring, and directing terror attacks; recruiting and facilitating the movement of foreign terrorist fighters; and raising and moving funds to support their operations,” AFRICOM said Thursday.

Libya has been rocked by chaos since the 2011 fall and killing of longtime dictator Moamer Kadhafi in a NATO-backed revolution.

Jihadists, arms dealers and human traffickers have gained a foothold in the North African country as multiple authorities and dozens of militias vie for power.