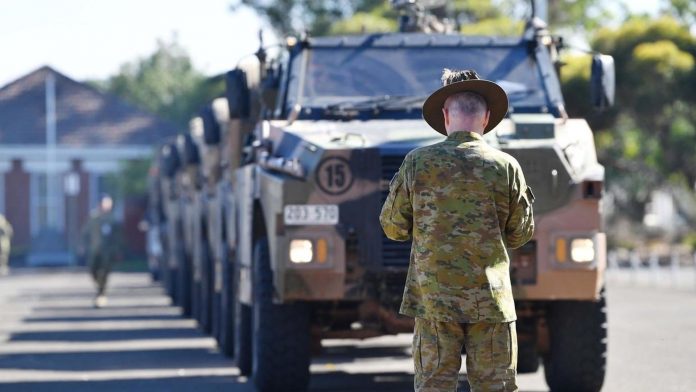 U.S. Army Space and Missile Defense Command Soldiers and civilians not only defend the nation’s high ground, they also support Australian fire fighters defending their homes “Down Under.”

Answering the call to assist in recovery, the Regional Satellite Communications Support Center-Pacific, or RSSC-PAC, is providing planning support to Australian and New Zealand Defence forces for Operation Bushfire Assist.

Responsible for planning Wideband Global Satellite System, or WGS, SATCOM missions, RSSC-PAC supports all Australian and New Zealand Defence forces operating in the Pacific area of responsibility on a daily basis. Australia made the first request by submitting an immediate Satellite Access Request, or SAR, to support units participating in the bushfire assist effort.

“In response to the wildfire crisis in Australia we ensured rapid response and quick turnaround of satellite resource requests ensuring that Australian military elements were able to communicate and coordinate response efforts on the ground,” said Robert Driskell IV, Wideband Cell chief at RSSC-PAC supporting operations over Military Satellite Communications in the Indo-Pacific area of operation. “We started to receive requests for satellite resources supporting this effort Jan. 5 and our support is expected to last until early February.

“All support efforts undertaken by RSSC-PAC have occurred remotely from our home station at Wheeler Army Airfield in Hawaii,” Driskell added. “We do not have any members currently deployed supporting the effort. Americans can be proud of the support that their armed forces provide to humanitarian relief efforts which are numerous and varied. These efforts toward international cooperation embody the American desire to use our immense resources to aid our allies and promote peaceful collaboration globally.”

Driskell said RSSC-PAC supports Australian requests for SATCOM services over the WGS as part of a joint memorandum of understanding, or MOU, between the U.S. and Australia. He added that the Australian Defence forces are the single largest international partner signatory for the WGS program. Driskell said two Australian Cooperative Program Partners are working alongside USASMDC civilians and Soldiers to support international partner military requirements in the region.

“As a part of the MOU, RSSC-PAC’s role is to respond to resource requests from partner nations including Australia and New Zealand,” Driskell said. “We received SATCOM requests from both the Australian and New Zealand Defence forces supporting missions in Australia aiding in bushfire response efforts. Once we received these requests for support we were able to allocate resources over the WGS Communication’s Satellite constellation in less than 24 hours ensuring rapid response for units on the ground. To date we have planned 10 missions for both Australian and New Zealand Defence forces providing direct support to this effort.”

The Australian troops have been deployed throughout New South Wales and the Australia Capital Territory, South Australia and Tasmania, and Victoria as part of Operation Bushfire Assist. Both the HMAS Choules and HMAS Adelaide are providing direct support to humanitarian and evacuation efforts.

“In response to the wildfire crisis in Australia we ensured rapid response and quick turnaround of satellite resource requests ensuring that Australian military elements were able to communicate and coordinate response efforts on the ground and at sea,” said Oliver Uson, a wideband planner. “We have received multiple satellite access requests over the last couple weeks. As soon as we got the satellite access request from the Australians we started the planning process with a 24 hour or less turnaround.”

In addition to Army support, firefighters from the U.S. Department of the Interior were deployed to Australia to help combat the fires as well as other fire fighters from different parts of the U.S.

“RSSC-PAC currently does not have any Soldiers or Department of Defense employees deployed to support this effort,” said Vince Street, a senior wideband planner. “All Americans can be very proud of our Soldiers and civilians that are playing a role in supporting our Australian allies. Supporting efforts like this, makes me very proud, especially when we are helping other nations in their time of need.”

“The country is in a state of emergency and there are a lot of people, fauna and flora in need of assistance,” said Staff Sgt. Felix Loperena, a wideband planner at RSSC-PAC. “Our support for those helping control the situation will not stop until they have completed their task. In the end, we are all one world and we should support each other. No matter what type of assistance you are to provide, in a situation as crucial and damaging as the bushfires, every little help and those who lend the helping hand should be proud for it.

“I work directly with Australian personnel that are stationed here in Hawaii,” he added. “They still have family and friends residing in Australia. For some, the support that is being offered is not just a sense of duty and work obligation, but also a personal connection to those who we work with, for their friends and family. The mission is not just to help the fires to stop, but to let Australians know that we care and that we are here for them in times of need.” 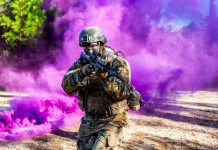 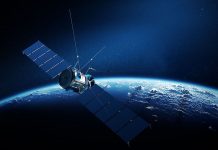 Hackers could shut down satellites – or turn them into weapons 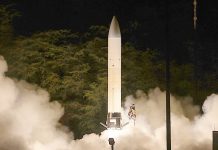 US Army budget request eyes $2B boost for modernization