Major technology firms are racing to infuse smartphones and other internet-linked devices with software smarts that help them think like people.

The effort is seen as an evolution in computing that allows users to interact with machines in natural conversation style, telling devices to tend to tasks such as ordering goods, checking traffic, making restaurant reservations or searching for information.

The artificial intelligence (AI) component in these programs aims to make create a world in which everyone can have a virtual aide that gets to know them better with each interaction.

Here are some of the offerings available:

Google
Google is making a high-profile push into AI, with the internet titan’s chief referring to it as a force for change as powerful as powerful as smartphones.

Google Assistant software is being built into new Pixel handsets — aiming to outdo Apple’s Siri — enabling users to organize and use information on the devices and in the cloud — to check emails, stay up to date on calendar appointments, news or ask for traffic and weather data.

Google also offers AI through its Allo messaging application which can be installed on smartphones, and its Google Home hub, a standalone device similar to Amazon’s Echo which responds to voice commands to manage tasks and fetch information where people live.

Samsung
The South Korean electronics giant moved to jumpstart its AI efforts by purchasing the US startup Viv Labs, launched by the creators of Apple’s Siri.

Samsung says the acquisition announced this month is part of its effort o provide AI-based voice assistance services its customers can use across all Samsung devices and products, from smartphones to televisions to washing machines.

Samsung is world’s leading maker of smartphones powered by Google’s free Android software, but also has its own Tizen mobile operating system, so how it may field its own virtual assistant technology remains to be seen.

Users can ask for news or information updates, as well as ordering goods from the online retail giant.

Echo also serves as a connected-home hub which can control compatible appliances, lightbulbs and other devices.

Since introducing Echo, Amazon has launched a smaller version called “Dot” and integrated Alexa into its Fire TV devices.

Microsoft
Microsoft’s personal assistant uses the name Cortana and is available on Windows devices and its Xbox console and as an application on Apple iOS and Android devices.

Unveiled in 2014, Cortana — a name based on a character in its blockbuster game “Halo” — responds to conversationally spoken requests or commands, using insights gleaned from calendars, contact lists, online searches and other smartphone sources to respond in a manner akin to a real-life aide.

Facebook
Facebook, heavily investing in artificial intelligence, is widely believed to be working on a personal assistant with the codename “M.”

For now, Facebook is enabling AI-powered “bots” on its Messenger mobile application that allows users to get answers to questions and engage in text exchanges as though chatting with the social network itself.

Apple
Apple was the first to offer its personal assistant, introducing Siri for the iPhone in 2011, and has been working to improve it over the years.

Recently, Siri was upgraded to interact with non-Apple applications, so users can book a ride with Lyft or make payments using Square Cash.

Apple has also introduced a Home application that can connect with smart appliances and other devices, and is reportedly working on a standalone speaker similar to Amazon Echo and Google Home.

IBM
Technology stalwart IBM made headlines nearly 20 years ago with “Deep Blue” software that beat world chess champion Garry Kasparov at his own game, and more recently with “Watson” artificial intelligence that triumphed over top human players in a Jeopardy television game show.

IBM has put Watson to work making business systems and services smarter with data and customers. Thousands of people are expected to attend a World of Watson conference later this month in Las Vegas. 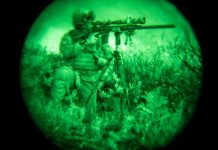 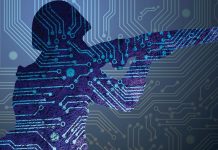 Future of War: Deterrence in the Age of Thinking Machines 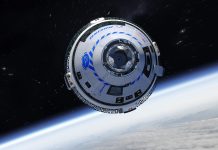