A deal between the Swedish aerospace and defence company, Saab Group, and the United Arab Emirates is being criticized because the country is a dictatorship and involved in an armed conflict in Yemen.

Swedish Radio news reported that Saab Group signed a contract last year to develop the UAE’s airborne radar systems. Stig Henriksson, a member of the Left Party, who sits on the Exportkontrollrådet, a parliamentary body which provides council on export control, said the deal should not be approved.

“The United Arab Emirates fulfills almost all the points [for a country] for which we should be restrictive or say ‘no’: The country violates human rights; it’s not a democracy; and it’s involved in a war,” said Henriksson speaking with Swedish Radio.

In November of last year Saab announced the deal with the UAE for a radar and surveillance system called Erieye at a price of around SEK 10.5 billion. Among other things, the Erieye system involves radar mounted on an airplane, which is advertised as being able to detect helicopters and smaller watercraft. Saab has sold the system to Thailand and Pakistan and has previously sold an older version to the UAE.

The United Arab Emirates is a dictatorship and has been accused of serious violations of human rights, including reported cases of torture, according to Amnesty International. Since March last year, the country has also participated in aerial bombing of targets in Yemen as part of a Saudi-led coalition.

The Inspectorate of Strategic Products (ISP), the authority that grants permission for Swedish arms exports, is currently considering whether to allow Saab to sell the Erieye system to the UAE.

“Erieye is classified as [so-called] ‘other battle equipment.’ That is to say, it’s not a matter of a system that has by itself a destructive effect,” said the ISP Director-General Christer Ahlström who would not comment on the Saab deal with the UAE pending a decision by the ISP.

The guidelines for the export of military equipment say permission should be denied for countries where “widespread and serious violations of human rights occur” and not either to countries that are “engaged in armed conflicts with another state.”

“One shouldn’t export if there is a question of serious violations of international humanitarian law. And of course we are following developments in the region very closely,” said Ahlström. He pointed out that the UAE is not technically involved in conflict with another state because its attacks are directed against Houthi rebels in Yemen.

Pieter Wezeman, a senior researcher at the Stocholm International Peace Research Institute, said the approval of a sale to an authoritarian regime would send a signal.

“You do risk when you supply weapons to a country like that to give them the signal that you are willing to support the political regime as it is,” Wezeman told Radio Sweden. “Because weapons and military equipment are often an important part of the instruments with which these regimes can stay in power.” 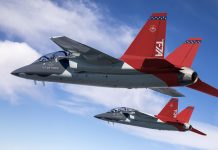 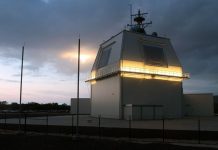 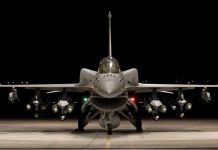