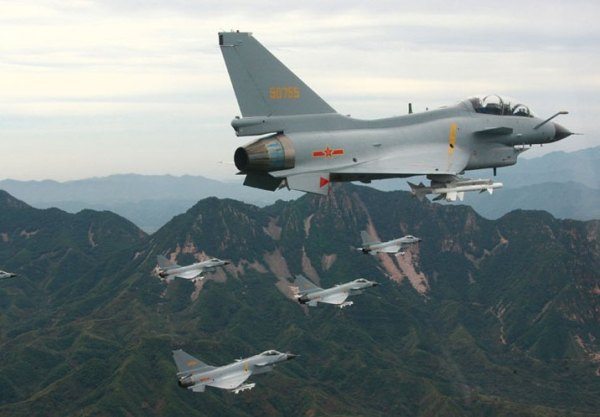 Over 100 elite pilots from 14 aviation brigades/regiments of the Air Force of the Chinese People’s Liberation Army (PLA) piloted their fighters to conduct an “air-combat” unprecedented in terms of both scale and intensity at an experimental training base of the PLA Air Force in the desert in northwest China from November 19 to 30, 2012.

This is the largest confrontation air-combat testing assessment of the PLA Air Force in recent years.

The test contents included electromagnetic interference suppression and melee combat by rapidly approaching to the enemy under no guidance. Both sides have to adopt mid-range attack, close fighting and even “hand-to-hand combat” of guns.

“We drafted a special set of rules for this ‘war’ and set up a comprehensive assessment group consisting of experts in electronic countermeasure, radars, missiles and air operation. The bases for the evaluation of this assessment involve video tapes, flight parameters, COK, missile attack data and ACMI, etc.” said Jiang Jinming, director of the Military Training Department of the PLA Air Force. In this air-combat assessment, there is only one requirement in condition setting, i.e. staying close to the actual combat, he added.
[ppgallery id=”17″]
“China’s air force is in a transformation period. A decade ago, it was just a poorly-equipped troop unit with untrustworthy training level. While now, it is becoming a high-quality and modernized air force in the 21st century by staging a revolution,” according to a report on China’s air force years ago in which the U.S. Rand Corporation used the word “revolution” to describe the ongoing change of the Chinese air force.

In fact, the real revolutionary transformation just kicks off.