The drone has the ability to fly in all types of weather conditions and strike its targets with pinpoint accuracy.

Chief of Army Staff General Raheel Sharif attended the ceremony and witnessed the test fire of the new missile on static and moving targets.

Speaking on the occasion, General Raheel said this newly developed arsenal will increase the military’s capacity in fighting terrorism. He commended engineers, scientists and technicians for their untiring efforts to develop this state of the art technology.

The army chief termed it a great national achievement and a momentous occasion in the history of the country.

“Let’s join hands to take Pakistan forward in respective fields,” General Raheel said in his message to the fellow countrymen. 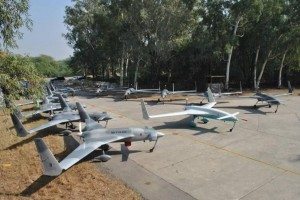