Pakistan Army soldiers have won an international sniping and shooting competition in Beijing, said the Inter-Services Public Relations on Thursday.

Naik Arshad was declared the best sniper in the competition, which was attended by 21 teams representing 14 countries.

More than 200 aircraft from 50 countries participated in the competition, with the Pakistani contingent stealing the show and winning the trophy.

Last year, a team of Pakistan Army won the gold medal in the premier patrolling event of the British Army – Exercise Cambrian Patrol – beating around 140 teams from armies across the globe. 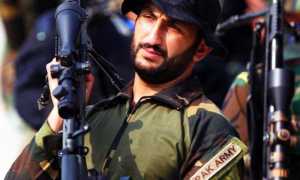 US Army Strengthens the Ukrainian Army

A four-star US Air Force general has warned of a conflict with China as early as 2025 -- most likely...

France is reportedly considering the possibility of supplying Ukraine with fighter jets, as the country seeks to upgrade its air...