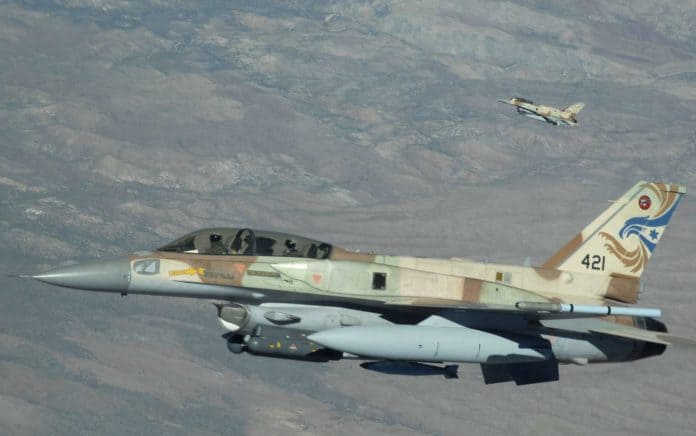 Israel’s military has carried out several attacks on the Syrian army and its ally Lebanese Shiite movement Hezbollah since the start of the conflict in Syria in 2011.

The Israeli air force conducted strikes on the Qutayfeh area northeast of Damascus, causing the Syrian army to retaliate and “hit one of its planes”, the Syrian army said in a statement.

The strikes sparked “successive explosions and fires, causing material damage” in the depots, where land-to-land missiles have been stored among other weapons, the Observatory said.

The Syrian army also said Israel launched land-to-land missiles into Syria from the Israeli-occupied Golan Heights, but it intercepted them.

In a letter to the United Nations, Syria’s foreign minister called on the UN Security Council to “condemn these blatant Israeli aggressions… and to adopt firm and immediate measures to put an end to them,” official news agency SANA reported.

Israel seized 1,200 square kilometres (460 square miles) of the Golan Heights from Syria in the Six-Day War of 1967 and later annexed it in a move never recognised by the international community.

Syria and Israel remain technically at war, and the Jewish state fought a devastating war against Hezbollah in 2006.

Israeli officials worry that Hezbollah and Syrian regime ally Iran are gaining a strategic foothold in Syria alongside the government’s key backer, Russia.

In December, Israeli fighter jets bombed areas near Damascus including a scientific research centre and warehouses where weapons and ammunition of the regime and its allies were stocked, the Observatory said.

In September, Israeli strikes hit a weapons depot by Damascus airport, targeting a warehouse belonging to Hezbollah, the monitor said.

Israel rarely confirms these raids, but has admitted to carrying out strikes against convoys of weapons intended for Hezbollah.

In November, Israeli Prime Minister Benjamin Netanyahu said Israel would take military action in Syria when it saw fit as it sought to ensure Iran-backed forces stay away from its territory.

On Tuesday he reiterated his warning.

“We have a longstanding policy to prevent the transfer of game-changing weapons to Hezbollah from Syrian territory,” he told journalists. “This policy has not changed. We back it up as necessary with action.”

Israel has long accused Iran, its main enemy, of taking advantage of Syria’s civil war to send its Revolutionary Guard and its ally Hezbollah into southern Syria, close to the Israeli border.

Syria’s war has killed 340,000 people and displaced millions since it started in 2011 with the brutal repression of anti-government protests. 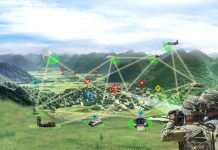 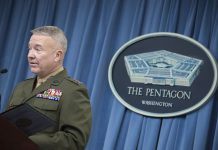 US General Visits Iraq for Talks on Future of Military Presence