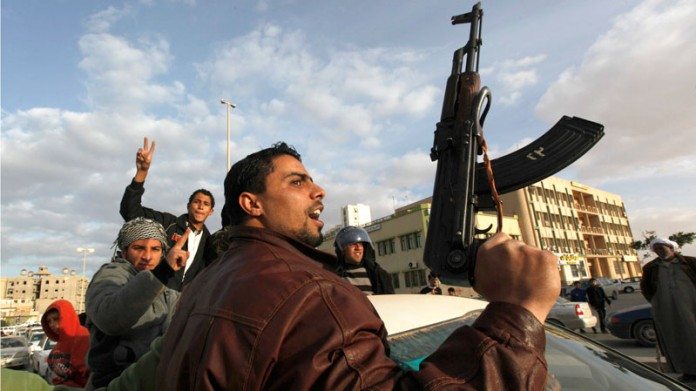 Western military forces have reportedly crippled the military of Libyan leader Moammar Gadhafi. However, the future leadership of Operation Odyssey Dawn remains uncertain as the US hopes to take a back seat.

Western forces launched airstrikes on strongholds of Libyan leader Moammar Gadhafi for a third night as the international community remained divided over who will lead the military action.

Explosions and gunfire were heard near Gadhafi’s compound in the capital Tripoli. There were also reports that his forces were attacking rebels in the northwestern town of Zintan with heavy weapons.

US President Barack Obama said Monday that US firepower had been needed for the opening phase of the intervention but that his country did not plan to lead the mission for long.

“Let me emphasize that we anticipate this transition to take place in a matter of days and not a matter of weeks,” Obama said during a visit to Chile. He did not spell out which organisation should take over.

Gadhafi ‘not a target’
Carter Ham, Commander of the US Africa Command, said Monday that the allied strikes had brought Libya’s air force and naval activity to a halt and had stopped Gadhafi’s advance on the rebel stronghold of Benghazi.

“We know that regime ground forces that were in the vicinity of Benghazi now possess little will or capability to resume offensive operations,” Ham said.

Earlier Monday, as French jets resumed sorties over Libya, Paris and Washington insisted that the goal of international military campaign was not to eliminate Gadhafi.

One coalition official told the news agency AFP that it had been a command and control center for the Gadhafi regime, while Libyan officials claimed it was part of a plot to assassinate their leader.

The US said Monday that targeting Gadhafi was not part of the mission nor did it have the exact whereabouts of the Libyan leader. “I don’t know much about the location of the Libyan leader, nor have we expanded any military effort in that regard,” Ham told reporters.

A ‘likely ploy’
Britain’s Defense Ministry said Tomahawk guided missiles had been fired from one of its submarines during the night as part of the second wave of attacks on Gadhafi positions. Italian planes were also in the air as part of operations on Sunday.

This was despite a renewed claim from the Gadhafi regime that it had declared a cease-fire, which allies dismissed as a likely ploy. “We and our international partners are continuing operations in support of the United Nations Security Council Resolution 1973,” a British Defense Ministry spokesman said.

The resolution authorizes any necessary measures, short of a ground invasion, to protect civilians.

However, in Tripoli on Sunday, the Libyan government showed bodies of men it said were civilians who had been killed in the previous night’s attacks.

International squabbles
Late Monday, the UN Security Council denied Libya’s request for a meeting to reassess the resolution, saying it would wait until Thursday for a summit.

Turkey and Russia meanwhile continued to denounce the military operation altogether on Monday while Italian Foreign Minister Franco Frattini called for command to pass to NATO.

French Foreign Minister Alain Juppe spoke out against giving NATO the [reins], saying the alliance had a bad reputation in the Arab world after its involvement in the war in Afghanistan.

Meanwhile, NATO member Turkey said on Monday it was disturbed by France’s “prominent role” in the UN-mandated intervention in Libya, signaling further disagreements within the alliance.

“It seems impossible for us to understand France being so prominent in this process. We are having difficulty in understanding it being like the enforcer of United Nations decisions,” Turkish Defense Minister Vecdi Gonul told reporters.

Germany, meanwhile, did not object to NATO taking the lead, but Foreign Minister Guido Westerwelle reiterated that Germany would not send troops to Libya.

Moussa’s support
The head of the Arab League, Amr Moussa, who had criticized the killing of civilians and questioned the intensity of the bombing, also voiced his support for the UN mandate on Monday.

“We are committed to the UNSC Resolution 1973, we have no objection to this decision, particularly as it does not call for an invasion of Libyan territory,” Moussa said.

“We are working in coordination with the United Nations to protect the civilians in Libya,” he added.

Moussa said his earlier comments had been motivated by concerns about civilians being caught up in the coalition strikes, as Arab governments did not want to see more deaths in Libya.

The backing of the Arab League in calling for a no-fly zone is widely held to have been crucial in securing the UN resolution. 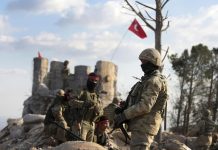 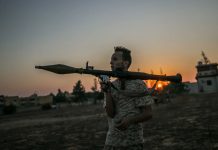 At least 28 dead in raid on Tripoli military school 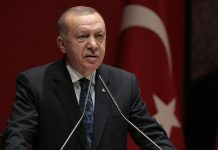