Eurocopter’s X3 high-speed hybrid helicopter demonstrator, which performed its maiden flight on September 6, 2010, has reached on November 29th the program’s Step 1 speed objective: attaining a true airspeed of 180 kts (333 km/hr) in level flight at a reduced level of engine power. This performance was obtained at the DGA Flight Test base in Istres, France.

In the flight testing performed thus far, the flight envelope has been opened with and without autopilot to validate the basic hybrid demonstrator aircraft’s stability and handling characteristics. The X3 has reached an altitude of 12,500 feet (3,810 meters) and performed maneuvers with left and right turns at bank angles of up to 60 degrees.

The X3 flights to date were performed by Eurocopter test pilot Hervé Jammayrac and flight test engineer Daniel Semioli at the French DGA test facility in Istres. “The X3 has performed extremely well, demonstrating handling and flight qualities that are exactly in line with our ground-based simulator evaluations,” Jammayrac said. “This helicopter is really built for speed, and our test team looks forward to taking the X3 to the next steps of its flight regime.”

Having already surpassed the speed of a traditional helicopter, the next milestone for the demonstrator is the Step 2 phase at Eurocopter’s headquarters in Marignane, France, where the X3 will enter a second set of flight tests during which it is expected to reach sustained cruise speeds in excess of 220 kts.

The X3 utilizes a Eurocopter Dauphin helicopter airframe. It is equipped with two turboshaft engines that power a five-blade main rotor system, along with two propellers installed on short-span fixed wings. This hybrid configuration creates an advanced transportation system that offers the speed of a turboprop-powered aircraft and the full hover flight capabilities of a helicopter. It is tailored to applications where operational costs, flight duration and mission success depend directly on the maximum cruising speed.

Established in 1992, the Franco-German-Spanish Eurocopter Group is a Division of EADS, a world leader in aerospace, defence and related services. The Eurocopter Group employs approx. 15,600 people. In 2009, Eurocopter confirmed its position as the world’s No. 1 helicopter manufacturer in the civil and parapublic market, with a turnover of 4.6 billion Euros, orders for 344 new helicopters, and a 52 percent market share in the civil and parapublic sectors. 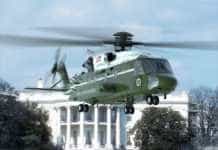 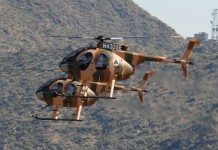 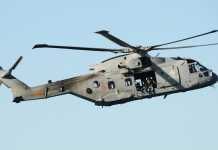