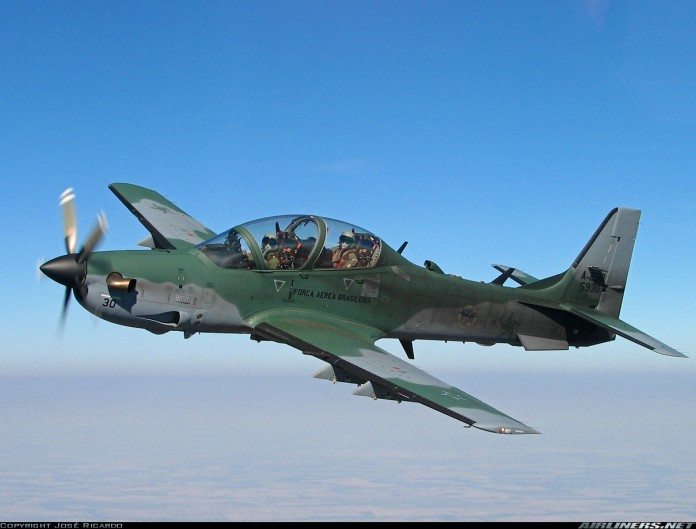 In the next few months the U.S. Air Force will have to pick the winner of the Light Attack Armed Reconnaissance Aircraft (LAAR) competition. This decision will influence how the U.S. Air Force carries out close air support (CAS) and counter-insurgency (COIN) missions, providing a robust, cost-effective, easy to maintained and heavily armed irregular warfare platform.

It is time to bring back Vietnam War era CAS/COIN tactics and merge them with 21st century weapons, technology and platform. LAAR’s winner will not bring the glamor of the F-16C/D, F/A-18E/F or F-15E; nevertheless, it will perform many of legacy aircraft CAS missions for about one $1 thousand per flight hour.

For the first time since the Vietnam War, the U.S. military is set to make a decision to acquire between 55-100 CAS/COIN aircrafts from two finalists: Hawker Beachcraft, teaming up with Lockheed Martin to provide the AT-6B and Brazilian aircraft manufacture Embraer, teaming up with U.S. based company Sierra Nevada to provide the A-29B Super Tucano.

LAAR’s winner will be capable of flying at altitudes up to 30,000 ft. above sea level, with a range up to 900 nautical miles, competently able to perform 6 hours missions. The aircraft will be fitted with fuel tanks, multi-function display (MFD) and fully compatible head up display (HUD) with night vision goggle (NVG). It will also be able to perform a numerous of missions such as streaming video, forwarding air control, escort missions, CAS, intelligence surveillance and reconnaissance (ISR). At the same time using a wide-range of equipped such as electro-optical, infrared and laser sensors. LAAR will be armed with .50 caliber machine guns pods, 2.75 inch rocket pods, air-to-ground missiles like the Hellfire or Maverick, AIM-9 air-to-air missiles, laser guided bombs including Paveway II and Paveway IV, joint attack munitions (JDAM) and small diameter bombs. The future CAS/COIN aircraft will roar like a cat, but most definitely will bite like a lion.

To those who oppose adopting such “retro” aircraft, two factors to take into consideration: 1) there isn’t many aircraft capable of performing such wide missions, with these many weapons, at such low operating cost, and 2) the massive defense cuts just announced by the Obama administration should serve as incentives to look for cost-effective alternative solutions.

Many have favored the AT-6B arguing that is a proven platform, already adopted by the U.S. Air Force and U.S. Navy as the T-6A Texan II for primary training. Favoritism towards the American defense establishment over foreign aircrafts, concerns about spare parts for the A-29B Super Tucano and the already known arguments about keeping jobs in the United States. However, many of these arguments have little substance. Unlike the A-29B Super Tucano, the AT-6B was not originally developed for CAS/COIN missions. Consequently, Hawker Beachcraft had to scramble to beef up the AT-6B to meet LAAR requirements with a more powerful engine, strengthen airframe, wing redesign to fit hardpoints, cockpit and engine armor. Contrary to popular believe, the AT-6B, is not a U.S. design; it is based on the Pilatus PC-9M from Switzerland, constructed by Hawker Beachcraft since 1998.

The A-29B Super Tucano will be made by U.S. based company Sierra Nevada in Jacksonville, Florida. The A-29B is combat proven, build from the ground up for CAS/COIN missions, therefore requiring no modifications and has outsold the T-6A Texan II in the international market. It will be a mistake to underestimate the A-29B Super Tucano as a formidable opponent, already tested by the U.S. Navy to take part in an evaluation phase known as Imminent Fury program to develop CAS/COIN platform for special operations personnel. The AT-6B was unavailable to be evaluated by Imminent Fury, because it was still under development.

The U.S. Air Force cannot afford another disastrous and controversial acquisition program like those of the future tanker KC-X and the combat search and rescue-x (CSAR-X) competition. The U.S. military needs the 55-100 aircraft already planned for LAAR and more. The new CAS/COIN aircraft should be operated from both U.S. Air Force airbases and the U.S. Navy carriers as a cost-effective solution to the many Pentagon budget challenges ahead. 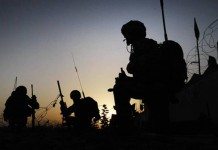 US Military Info Ops in Afghanistan: Effectiveness of Psychological Operations 2001-2010 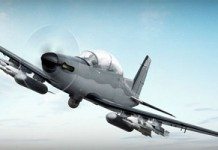