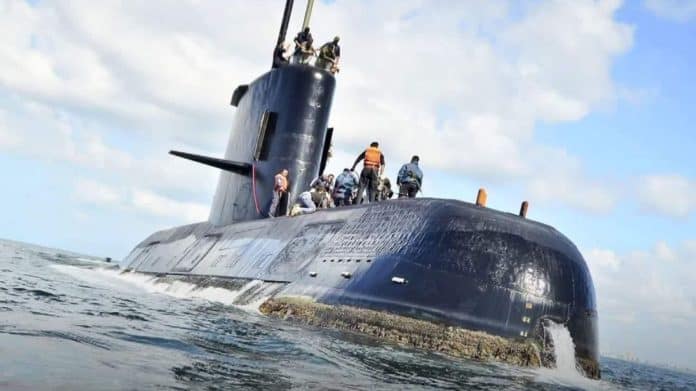 The discovery of the wreckage of an Argentine submarine lost a year ago has revived a stalled probe into the cause of the undersea disaster that took the lives of 44 crew members.

Families of the victims have called for the ARA San Juan to be refloated, an enormous undertaking that authorities cautioned was likely beyond their means.

“We’re talking about a vessel that, filled with water, weighs 2,500 tons,” said the judge in charge of the investigation, Marta Yanez.

Yanez said she would not risk raising the submarine “if that means causing it to break up.”

“I prefer to preserve the evidence in place,” she said.

But she has issued summonses to the Argentine naval officers who were aboard the Seabed Constructor when it found the submarine on Friday, a year and a day after it vanished in the South Atlantic with all aboard.

Crushed from an implosion, the submarine was located at a depth of more than 900 meters (3,000 feet) in a desolate area of undersea craters and canyons 400 kilometers (250 miles) off the coast of Argentina.

An underwater robot sent down by the Seabed Constructor, which specializes in ultra-deep water exploration, relayed 67,000 images of the sunken vessel.

Luis Tagliapietra, the father of San Juan crewmember Ensign Alejandro Tagliapietra, was among those on board the ship when it located the sub.

“I don’t have words to describe it, I feel profound pain and anguish,” he said in a brief video carried by Argentine media. “But at the same time we know where they are and it is the first step to learn the truth of what happened.”

“It’s a very hard day, an inconceivable, unreal day. But it is also the first step, which has taken a year, to reach the truth. We are not going to rest until we know what happened.”

Defense Minister Oscar Aguad met Saturday with the families of the victims and showed them photographs of the wreckage, including images of a propeller, the sub’s torpedo-launching tubes and an upper section of the vessel lying on the ocean floor.

“We are all destroyed here,” said Yolanda Mendiola, the mother of crewman Leandro Cisneros, 28.

“I still had hopes that they could be alive,” Luis Niz, the father of a missing sailor, told reporters, even though President Mauricio Macri’s government had declared two weeks after the sub’s disappearance that there could be no survivors.

Although an official investigation was opened a year ago, investigators have had little to go on until now.

Nonetheless, Argentine navy chief Marcel Srur was removed from his post in December.

Seabed Constructor, a jewel in the fleet of US-based exploration company Ocean Infinity, was headed Sunday for Capetown, South Africa for maintenance, the Argentine navy said.

When that is completed, it will return to the area where the submarine was located.

According to preliminary information released Saturday by the Argentine navy, the San Juan imploded two hours after its last communication with the Mar del Plata naval base, its home port, on November 15, 2017.

The sound of the explosion was recorded and traced to the general area where the submarine was found.

In a message, Macri promised to get to “the truth needed to honor and respect our heroes and their families.”

“A serious phase of investigation is underway to know the whole truth, a truth to which we’ve all been committed from day one,” he said, announcing three days of national mourning.

Families of the victims, staying at the Tierra del Fuego Hotel in Mar del Plata, were organizing a march Sunday in memory of the “44 hearts of steel.” 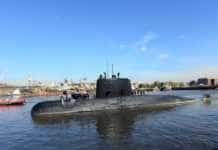