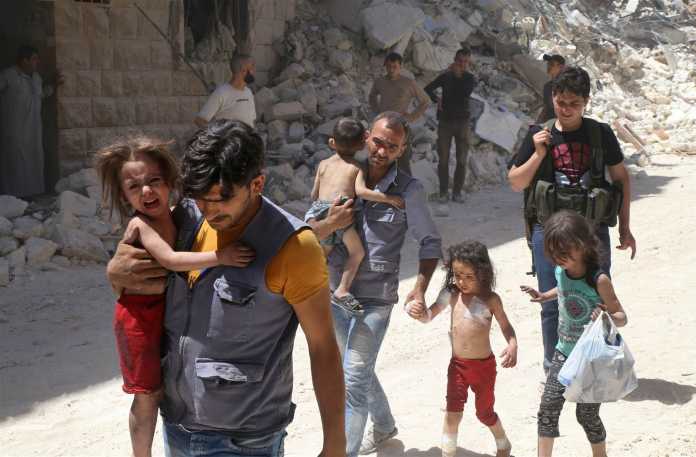 Air strikes by the US-led coalition fighting the Islamic State militant group in eastern Syria have killed at least 32 civilians in less than 24 hours, a monitor said Friday.

Strikes on the village of Sousa killed 18 civilians including seven children late Thursday and 14 more civilians on Friday, the Britain-based Syrian Observatory for Human Rights said.

Dozens were wounded and many remained under the rubble in the village in the eastern province of Deir Ezzor near the Iraqi border, Observatory chief Rami Abdel Rahman said.

Nine IS fighters also lost their lives in the raids, he said.

A coalition spokesman was not immediately available for comment.

IS overran large swathes of Syria and neighboring Iraq in 2014, proclaiming a “caliphate” in land it controlled.

But the IS militant group has since lost most of it to various offensives in both countries.

In Syria, the group has seen its presence reduced to parts of the vast Badia desert and a pocket in Deir Ezzor that includes Sousa.

A Kurdish-Arab alliance backed by the coalition last month launched an offensive to wrest the Deir Ezzor pocket from IS.

The Syrian Democratic Forces has said the battle will likely take longer than expected.

Since 2014 the US-led coalition has acknowledged direct responsibility for more than 1,100 civilian deaths in Syria and Iraq, but rights groups put the number killed much higher.

Syria’s war has killed more than 360,000 people since it erupted in 2011 with the brutal repression of anti-government protests.