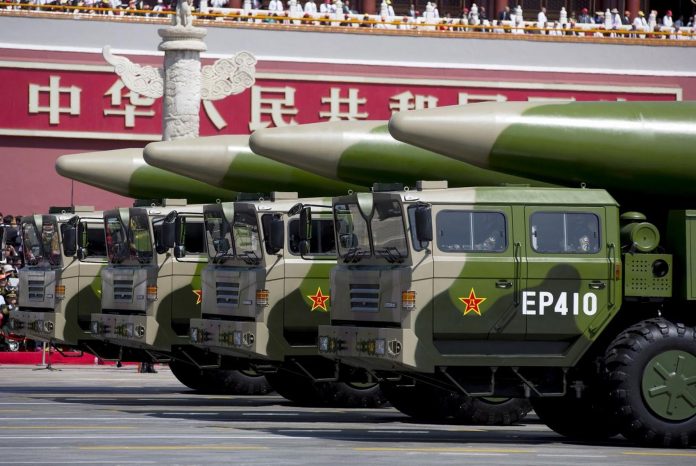 The United States and Russia have held two rounds of talks aimed at reducing misunderstandings about critical security issues since the collapse of a Cold War nuclear pact last year, which triggered fears of a new arms race.

Washington has hinted previously it believes Beijing, with its growing nuclear arsenal, should join the discussions. President Donald Trump has insisted any new disarmament pact would need China to come on board.

US Ambassador to the Conference on Disarmament in Geneva Robert Wood said Tuesday that Washington was intent on convincing China to join the discussions.

He acknowledged that Beijing had yet to provide “positive feedback”, but that Moscow had hinted during the last so-called strategic security dialogue last week that it would “use its influence with China to bring them to the table”.

“Given the fact that China’s (nuclear) stockpile is estimated to double over the next 10 years, we think it is now time to have (a) trilateral discussion,” he told reporters in Geneva.

“We cannot afford to wait,” he said.

“We have to deal with this serious threat to strategic stability, which is the lack of transparency around China’s nuclear stockpile enhancement.”