Communist China announced 8 countermeasures/punishment/revenge actions against the US in response to Pelosi’s visit to Taiwan:

By Costas Paris More than 200 vessels that regularly navigate the waters around Taiwan have moved out from the six zones blocked by China's military for...

A lot of people on the internet are hoping/predicting/expecting that this visit to Taiwan will be the introduction of the beginning of the Third World War.

In my opinion it is unlikely that this will escalate into a full war. The costs and damage on the world economy, and specially china's economy is just too large. It will be a foolish act to attack Australia, Japan, South-Korea, Taiwan, US and "unfriendly ASEAN-countries". The whole world will regard china as a threat and enemy, and will strike back, and it is also unlikely that Russia will join china in an active military way in this war.

It is simply impossible for the US and China's neighbours to do nothing.
Besides that china will loose 95% of its market if they start a war. 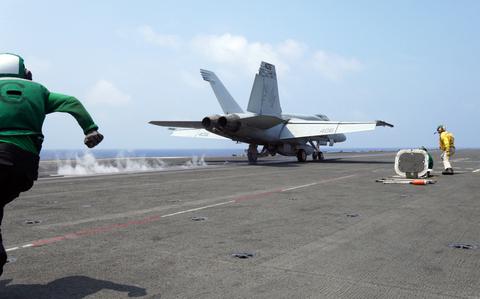 Navy won’t back away from Taiwan in wake of Chinese belligerence, White House says

The U.S. 7th Fleet will send more aircraft and warships past Taiwan in the coming weeks.