Any idea why a complete replacement was preferred to the SMART-L AESA upgrade?
K

Verified Defense Pro
Reading through an article by the responsible project leader from 2019 (project "obsolence remediation for long distance sensor and capability enhancement F124 in air defence"):
From the way the article sounds in theory a bid proposing an upgrade of SMART-L could have been possible, but would have also required some way of in particular improving its range.

The second stage of the project is about basically writing a BMD module ("MBFA") for the F124 CMS, for which at the time of the article they were still at the early definition stage. Integrating elements of AEGIS BMD (in particular the threat analysis database) seems to have been evaluated in a study with the US Missile Defence Agency back then. MBFA for F124 is also mostly seen as a necessary risk minimization stage for F127, which - at least at the time of the article - is projected as a BMD sensor-and-shooter.
Last edited: Aug 25, 2021
S

So I presume that the other factors are likely to have been the deciding ones.

Verified Defense Pro
Should be this item from the June procurement package (the original wording wasn't that clear):

Contract for that went to Motorola, and entails equipping 16 selected ships with TETRA cell networks (plus one land-side installation at Parow and one at the Navy Arsenal). Worth about 69.9 million Euro.

The contract includes procuring the relevant end-user digital radio units for shipboard damage control teams, as well as a central coordination solution for live monitoring and integration into the ship's IT systems. Deployment by mid-2022.

Type 212CD. Looking to the name is should be an improved variant of the Type 212A, but here we can see that its actually a complete new design. 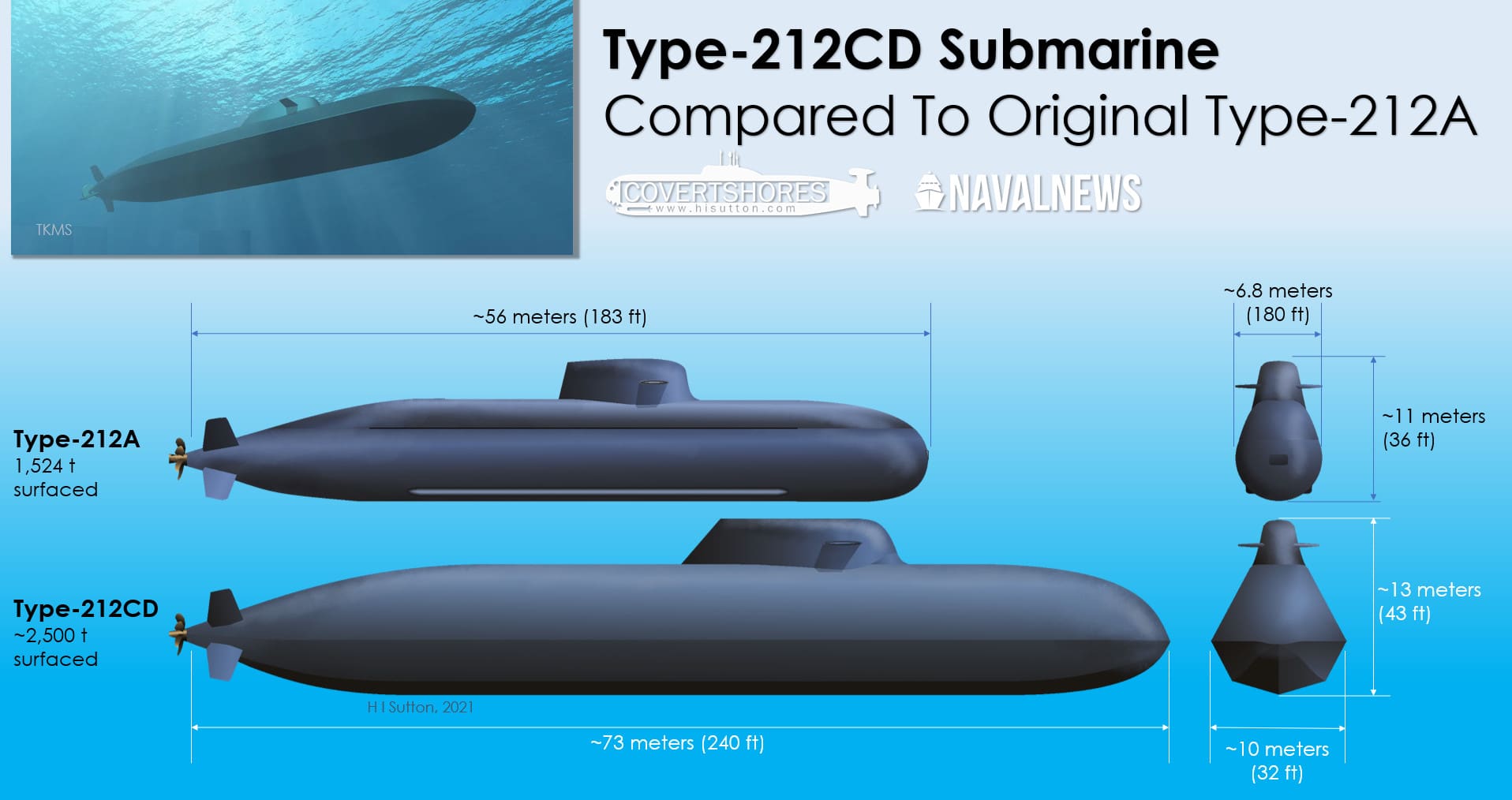 Submarines rely on stealth to maintain the element of surprise and escape threats. For decades this has focused on reducing the noise emitted by the submarine. A resurgence of using active sonar to locate submarines now means that new stealth measures may be required. German submarine builder...

Pity all pictures TKMS released for the contract signing back in July only showed a side profile of the model on the table, eh?
K

The ship has by now left Karachi. Next stop of the ship is Diego Garcia, a visit that is somewhat politically contested publicly due to the base's status. Since the think-tank SWP (which basically defines politics in Germany) has weighed in on the opposition side quite heavily (to the point of the visit putting the purpose of the entire trip in question) the Ministry of Defense has had to issue a declaration that the stop will be merely for refueling with no further infrastructure use or any diplomatic contact and does not constitute any sort of political statement with regard to the status of the island.
K

Verified Defense Pro
https://twitter.com/i/web/status/1437759318636519428
Apparently the Navy is still mulling keeping the (last F122 class) frigate Lübeck in service as a training ship "until training ships are procured". This goes as far as an exchange between the Chief Admiral of the Navy and the Commander of the 1st Corvette Squadron on Twitter about having to look for a different name for the (tenth K130 class) corvette Lübeck planned to go into service in 2025.

Verified Defense Pro
Official route chart for Bayern has been changed, removing Shanghai and adding in Darwin as a port call.

The stops in Djibouti, Diego Garcia and Darwin have now been marked as "fuel stop only".

kato said:
Official route chart for Bayern has been changed, removing Shanghai and adding in Darwin as a port call.

The stops in Djibouti, Diego Garcia and Darwin have now been marked as "fuel stop only".
Click to expand...

Should make Darwin a more significant visit or would that offend France?
K

John Fedup said:
Should make Darwin a more significant visit or would that offend France?
Click to expand...

They're already making a longer stop in Perth for joint exercises.

Staff member
The RAN is looking forward to seeing them..

Staff member
SBS radio Sydney conducted an over the phone interview - In German. Audio quality varies as via satellite phone. 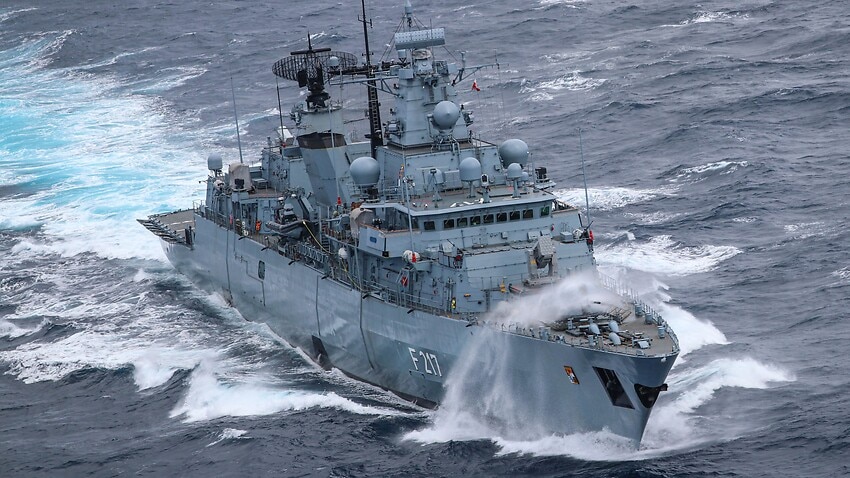 Its official now.
The first one is already planned for delivery in 2024.
These 5 new P-8As will replace all the P-3Cs the following years. These eight P-3C were originally in use with the Marineluchtvaartdienst from the Netherlands, but sold around 2005 to Germany. 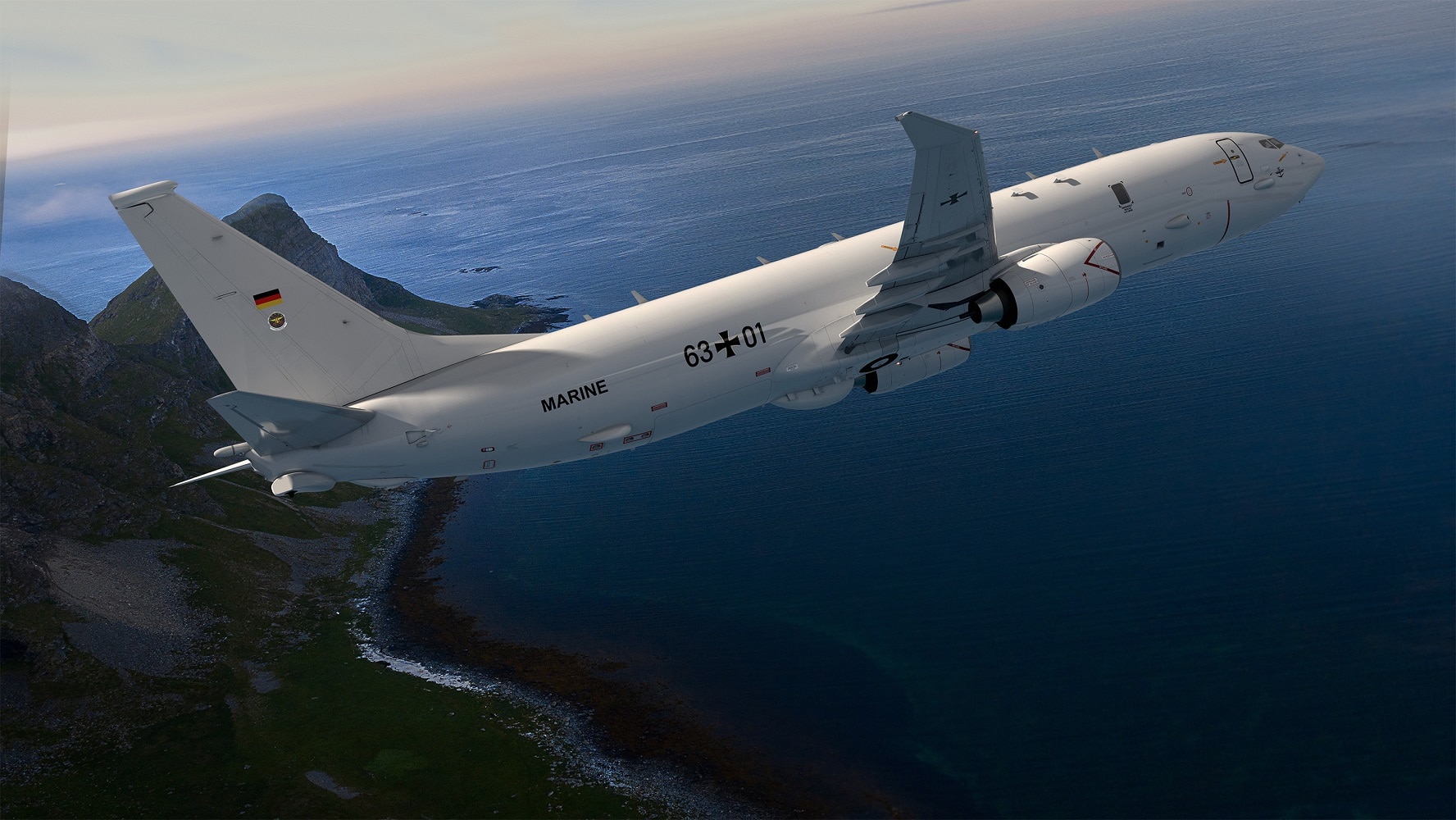 Verified Defense Pro
Keel has been laid for the first of three new multipurpose ships for the German Coastguard:

The three ships will replace three current ships as part of the emergency response group of the Coastguard, stationed offshore in the North Sea and Baltic Sea to respond to maritime disasters. A fourth current ship only built in 2004 will be retained in the same role. Under the current concept the overall group of four ships is supported by four chartered civilian ocean tugs in coastguard livery.

Their main role is to provide general aid in such disasters (with response time of two hours anywhere in the German EEZ), towing ships of any size at sea, firefighting (incl. under full NBC conditions), salvaging, icebreaking and combatting chemical spills. When not busy with that they also engage in buoy tending. Compared to the old ships they also bring a helicopter deck and accomodation for a platoon of police special forces.

Compared to coastguard ships worldwide they will be rather large at 99.8m length and somewhere around 7000 tons full load displacement, a size class typically only reached by dedicated arctic icebreakers.

The ships are being built at Western Baltija in Lithuania with final outfitting at Fassmer in Germany. Total investment is 600 million Euro.
K

chis73 said:
There doesn't appear to be anything on the Fassmer website as yet.
Click to expand...

Fassmer has updated the portfolio on their website since.

While the "SVS" German Navy vessels are not on it, the "CPV50" vessel offered there now under "coastal and beyond" is basically the same multirole concept on their standardized CPV hull stretched to the same length as SVS. Due to the very narrow and shallow-draft CPV hull CPV50 is a fairly light ship for its size btw.

"OPV50" under "Blue Water" is the same ship as CPV50 btw, just reconfigured with a flight deck over the aft multirole area. 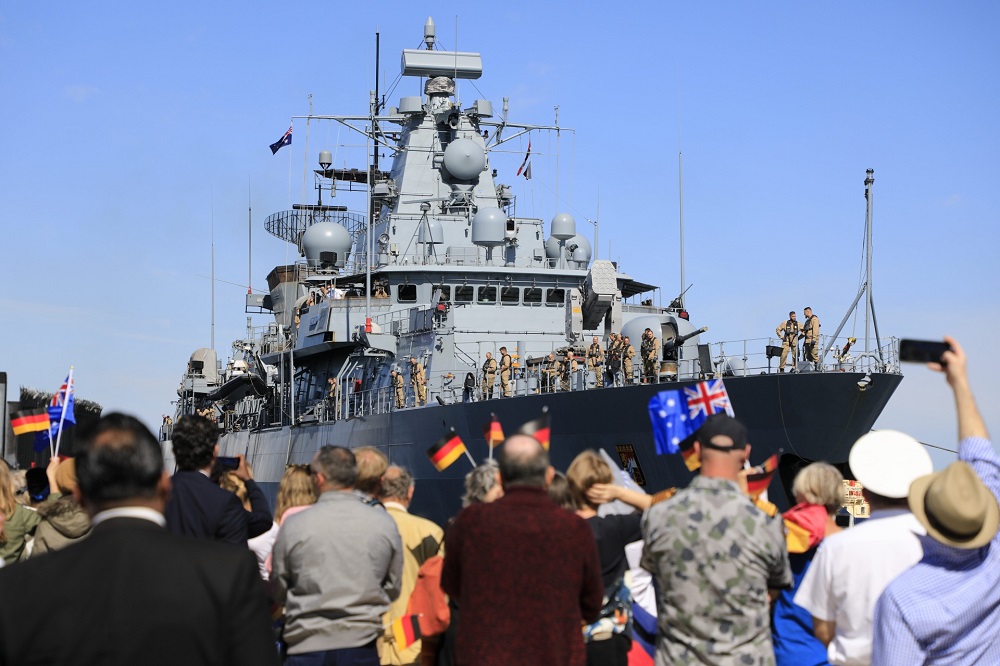 In a week when Australia’s relationship with France was left hanging by a thread due to the cancellation of the Attack-class submarine project, Germany quietly doubled the number of upcoming port visits to Australia by ...

Australia welcomes European powers having an active role in the Indo-Pacific and regular deployments of European naval forces in the region, but a more coherent geostrategic approach would see Europe focus—and increase—its naval and military efforts on Europe, while the United States and other Indo-Pacific powers continue to reorganise to balance China.
Click to expand...

I wonder if the Germans will be back to observe talisman. Particularly as they look to build up some sort of amphibious ready action group, and as the new coalition works out its views on the world.
K

StingrayOZ said:
I wonder if the Germans will be back to observe talisman.
Click to expand...

The Air Force gets its turn next. Deployment of several Eurofighters and tanker aircraft to Australia planned for 2022 (for several weeks). Unless of course the recent fracas has overturned these plans, and yes, that will depend on which priorities the new coalition sets. My suspicion going by campaign programmes is that the whole Indopacific military thing will be tuned down in priority.
You must log in or register to reply here.
Share:
Facebook Twitter Reddit Pinterest Tumblr WhatsApp Email Link
Top