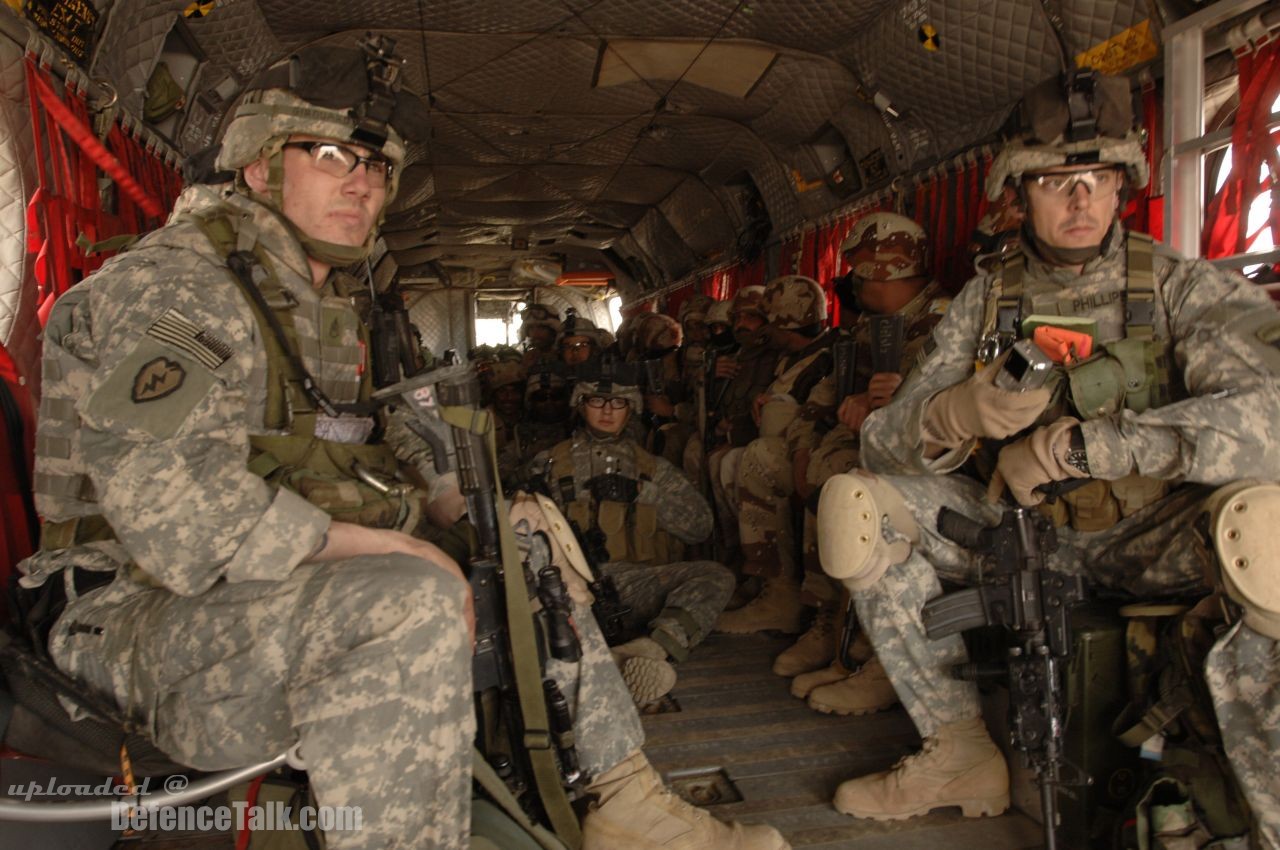 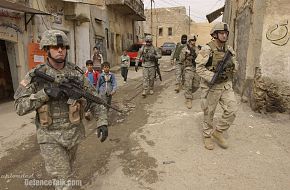 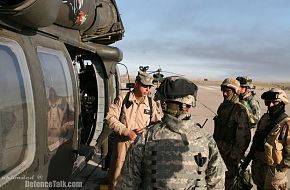 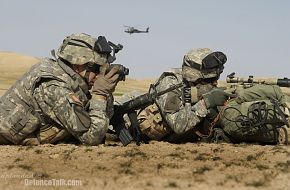 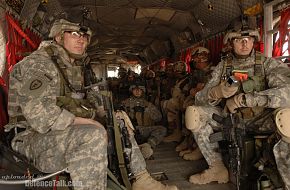 U.S. Army and Iraqi soldiers look out the rear of a CH-47 Chinook helicopter as they are extracted after completing a mission to detain or eliminate insurgent activity southwest of Samarra, Iraq, on Feb. 27, 2006. U.S. Army soldiers from the 3rd Battalion, 187th Infantry Regiment and Iraqi army soldiers from the 2nd Battalion, 4th Iraqi Division were airlifted to and from objectives during the combined-joint operation. DoD photo by Staff Sgt. Alfred Johnson, U.S. Army.
Click to expand...
There are no comments to display.