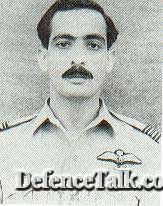 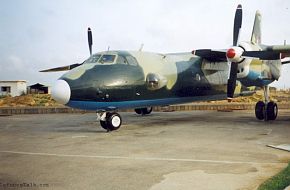 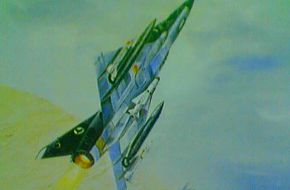 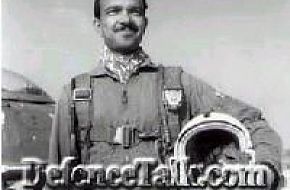 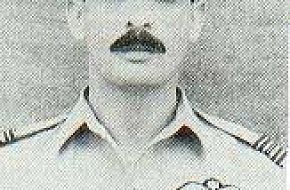 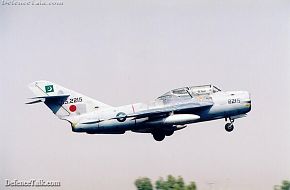 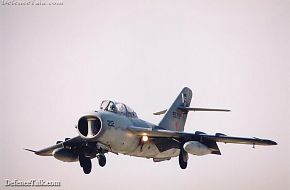 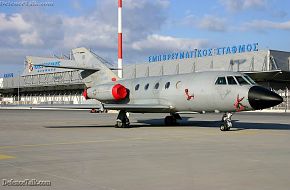 On 6th September, 1965, Squadron Leader Sarfaraz Ahmed Rafiqui led a formation of three F-86 aircraft on a strike against Halwara airfield. Soon after crossing the Indian border Squadron Leader Rafiqui had been warned about a large number of enemy interceptors being in the air by the leader of a returning F-86 formation. He, however, continued his mission single-mindedly. On the way back, the formation was intercepted by about ten Hunter aircraft out of which Squadron Leader Rafiqui accounted for one in the first few seconds. After Squadron Leader Rafiqui shot down one Hunter aircraft, his guns jammed due to a defect and stopped firing upon which he refused to leave the battle area as he would have been perfectly justified to do; he, instead ordered his No. 2 to take over as leader and continue the engagement with the enemy. He himself now took up a defensive position in the formation in an attempt to give it as much protection as was possible by continuing fighting maneuvers in unarmed aircraft whilst the remainder proceeded to give battle to the enemy. This called for a quality of courage and dedication on the part of Squadron Leader Rafiqui equal to the best in the history of air-fighting. The end for him was never in doubt. He chose to disregard it and in the process, his aircraft was shot down and he was killed but not without his action enabling his formation to shoot down three more Hunter aircraft. Squadron Leader Rafiqui thus provided exemplary leadership in battle and displayed outstanding courage in the face of exceptionally strong opposition. His inspiring leadership and selfless example significantly affected the subsequent course of the air war in which the P.A.F. never failed to dictate terms to an overwhelmingly larger and better equipped enemy. Squadron Leader Rafiqui's conduct was clearly beyond the call of duty and conformed to the highest tradition of leadership and bravery in battle against overwhelming odds. For this and his earlier exploits, he is posthumously awarded Hilal-i-Juraat.
Click to expand...
There are no comments to display.