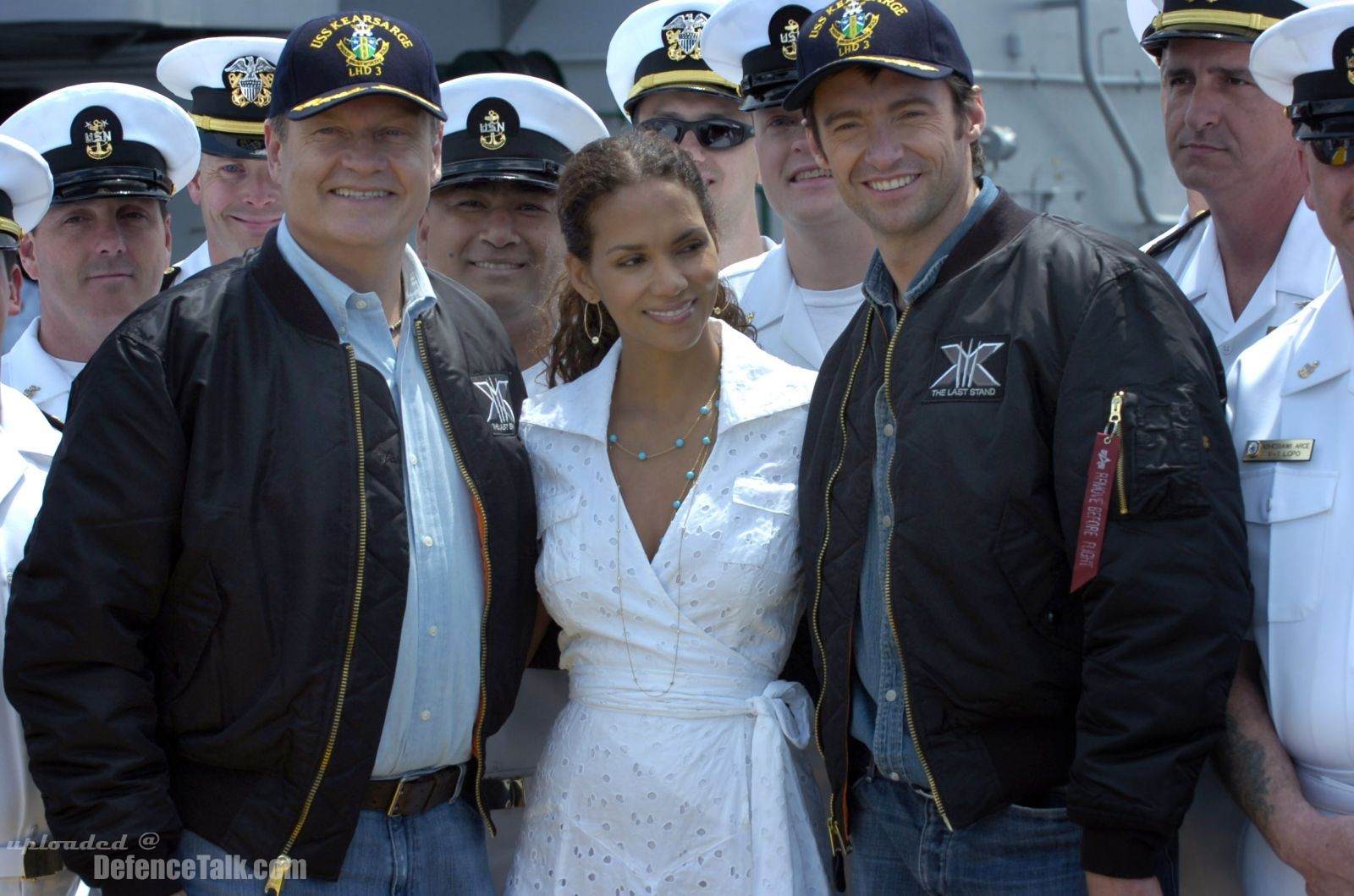 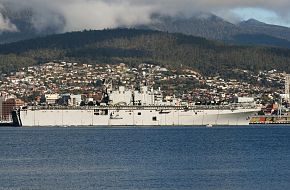 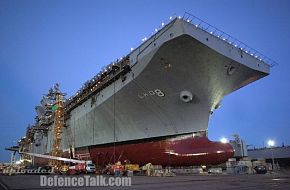 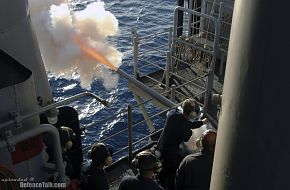 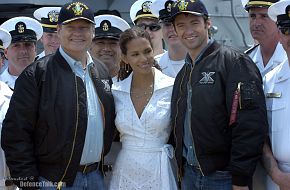 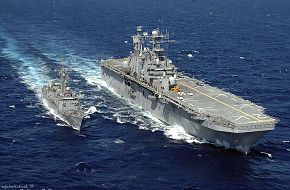 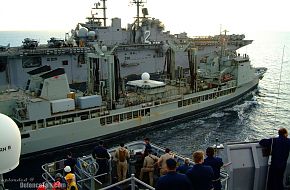 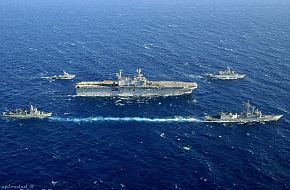 New York Harbor (May 24, 2006) - Actors Hugh Jackman, right, AKA Wolverine, Halle Berry, center, AKA Storm, and Kelsey Grammer, left, AKA Dr. Henry McCoy, pose for pictures with crew members on the flight deck aboard the amphibious assault ship USS Kearsarge (LHD 3). All three star in the upcoming 20th Century Fox action, sci-fi, X-Men: The Last Stand, and were aboard to visit with Sailors and embarked Marines during the opening day of Fleet Week New York 2006. The crew was also given a special sneak preview of the film before its worldwide release date of May 26, 2006. Fleet Week has been sponsored by New York City since 1984 in celebration of the United States sea service. The annual event also provides an opportunity for citizens of New York City and the surrounding Tri-State area to meet Sailors, and Marines, as well as witness first hand the latest capabilities of today's Navy and Marine Corps team. Fleet week includes dozens of military demonstrations and displays, including public tours of many of the participating ships. U.S. Navy photo by Mr. John F. Williams
Click to expand...
There are no comments to display.