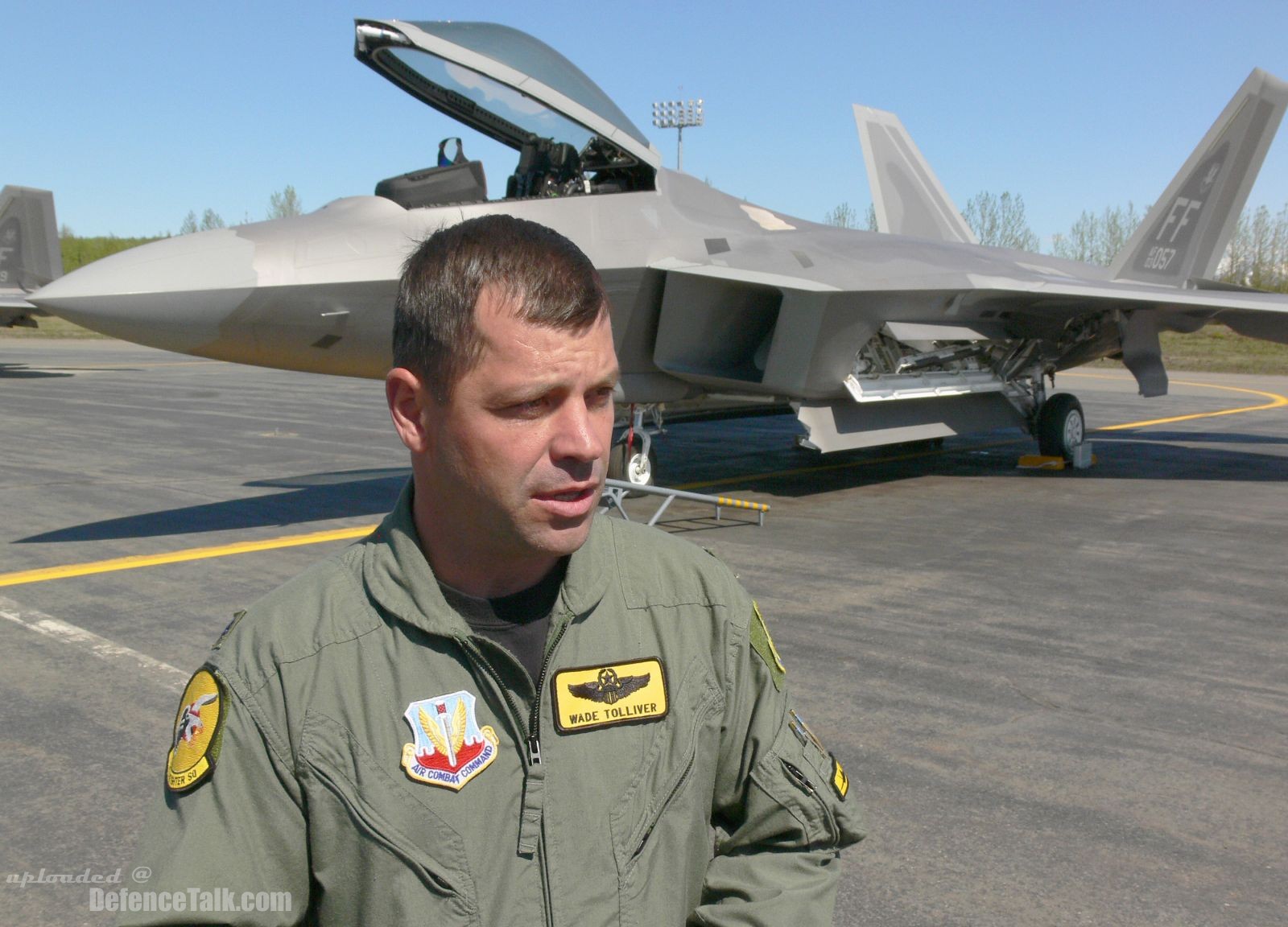 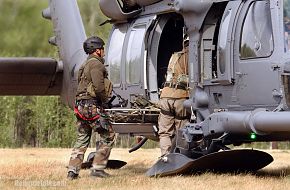 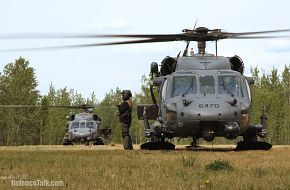 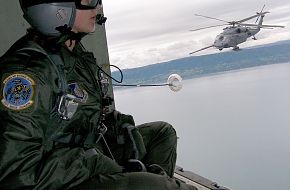 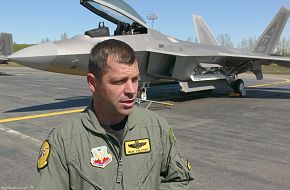 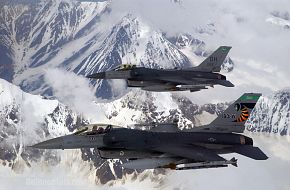 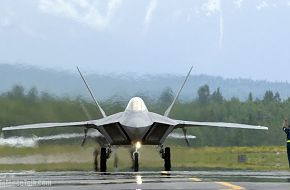 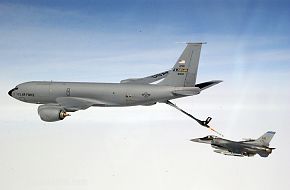 Commander of the 27th Fighter Squadron at Langley Air Force Base, Virginia, Lt. Col. Wade &quot;Troll&quot; Tolliver stands a moment in front of his F-22A Raptor Tuesday afternoon at Elmendorf Air Force Base, Alaska following a 3,200 mile journey involving over nine and one half hours in the cockpit of his $130 million dollar stealth superfighter and over 15 aerial refuelings. Six Raptors arrived today and another six from Langley will arrive tomorrow. Today's flight marks the first Pacific region deployment of the Raptor. The aircraft is capable of air to air and air to ground missions and is thought to be the first airplane capable of attaining supremacy the aerial battle space, attacking ground targets while conducting reconnaissance and command and control roles. The 12 Raptors plan to stay in Alaska nearly a month -- taking part in June's Northern Edge statewide wargame and flying and fighting Alaskan and visiting fighter units.
Credit: Mark Farmer/topcover.com
Click to expand...
There are no comments to display.