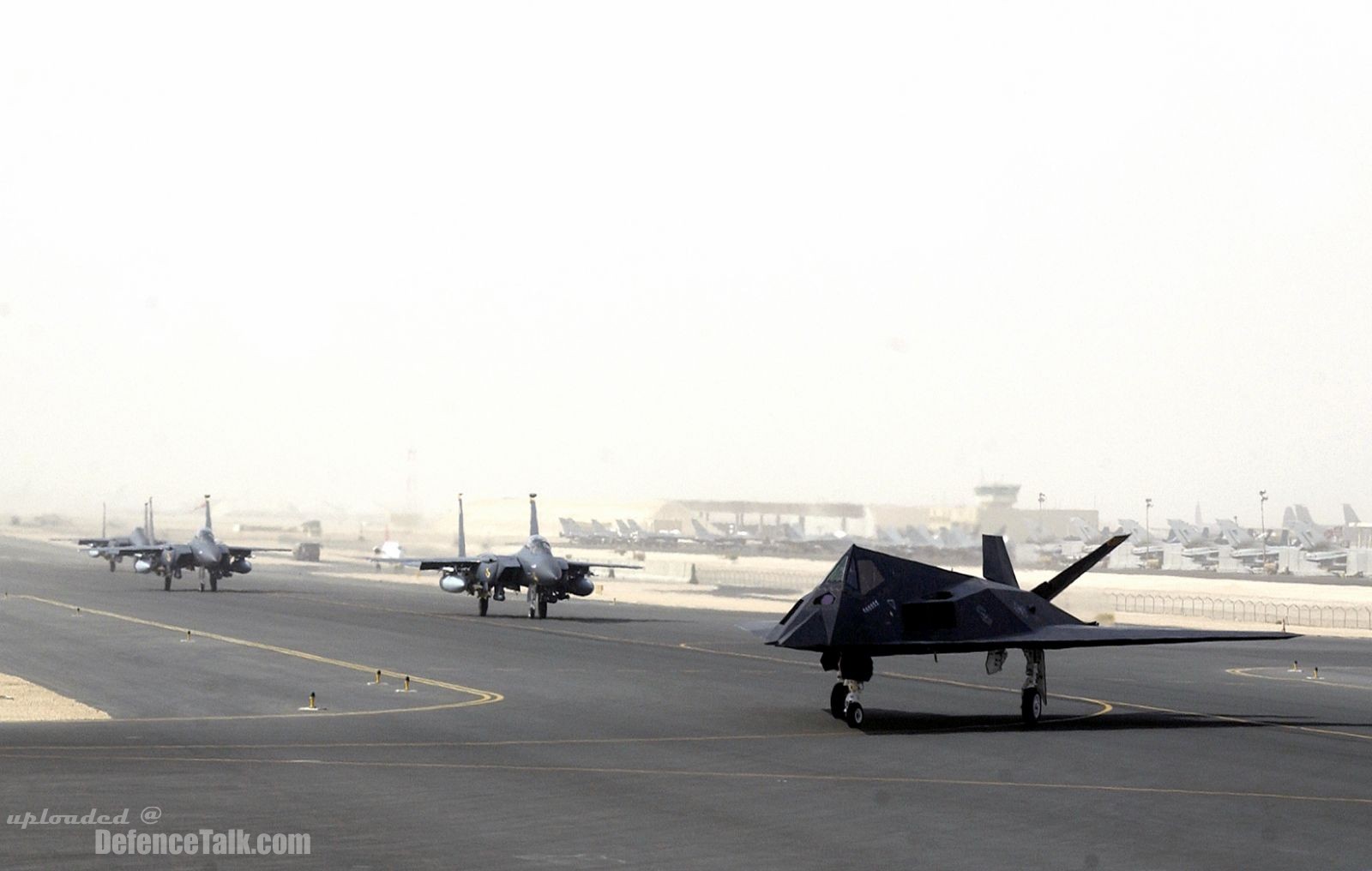 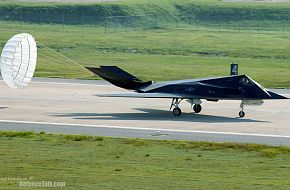 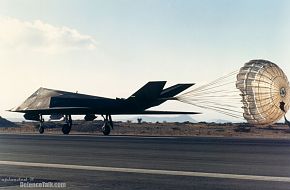 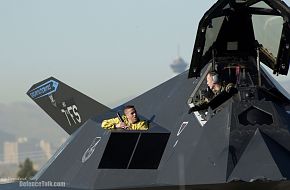 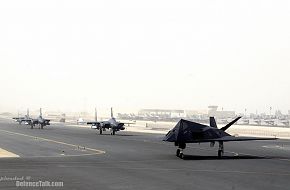 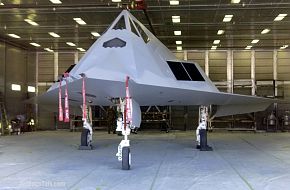 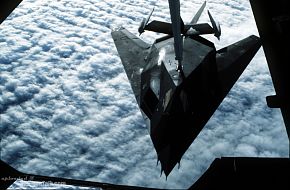 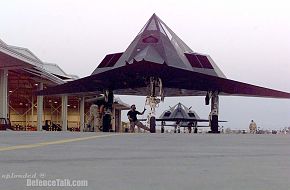 OPERATION IRAQI FREEDOM -- An F-117 from the 8th Expeditionary Fighter Squadron out of Holloman A.F.B., NM, followed by F-15s from Seymour Johnson Air Force Base, N.C., prepare to launch from a forward-deployed air base in the Middle East on April 14, 2003. The 8th EFS has begun returning to Hollomann A.F.B. after having been deployed to the Middle East in support of Operation Iraqi Freedom. (U.S. Air Force photo by Staff Sgt. Derrick C. Goode)
Click to expand...
There are no comments to display.