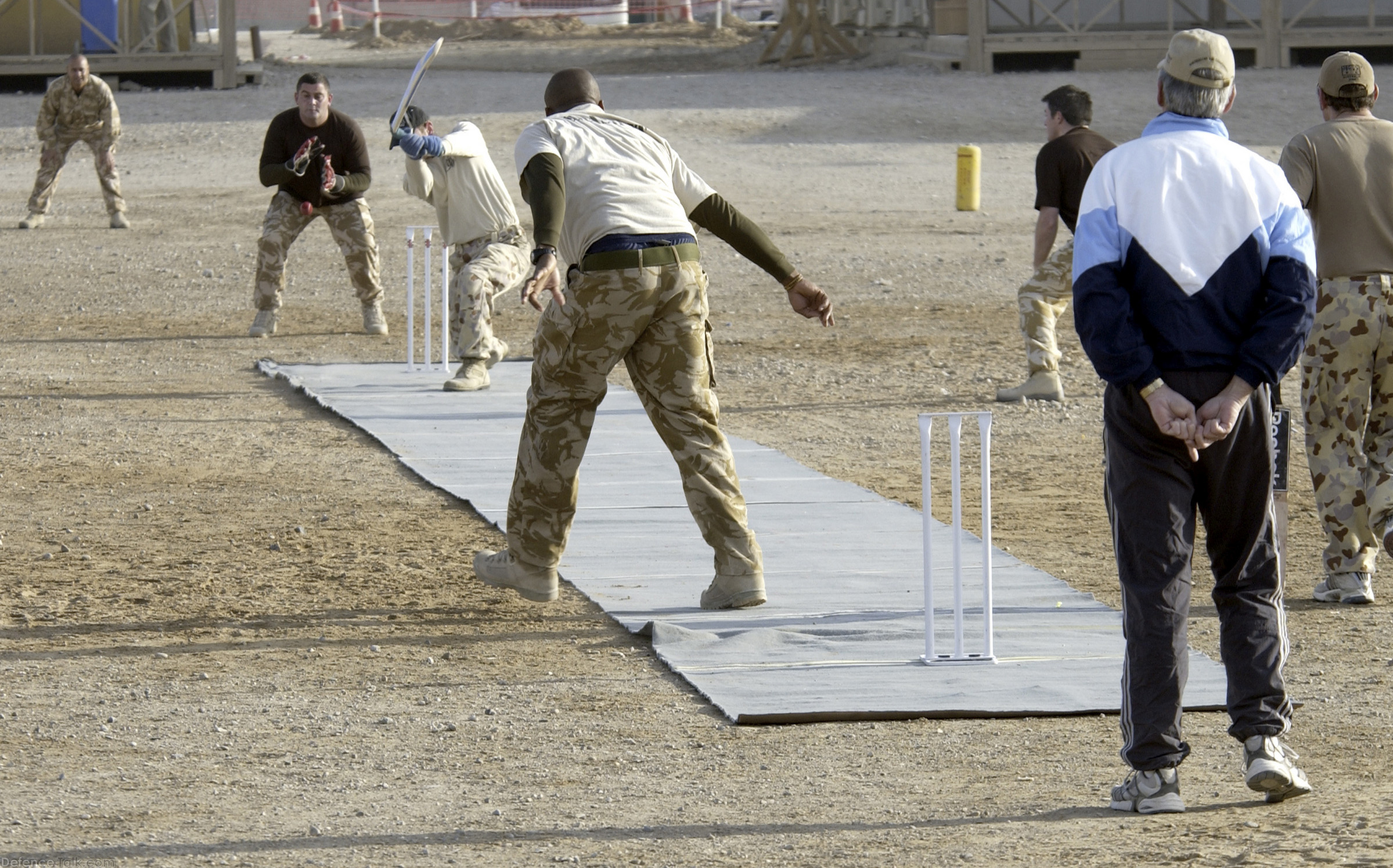 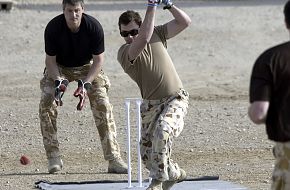 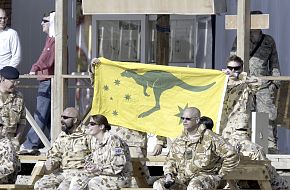 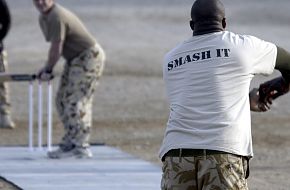 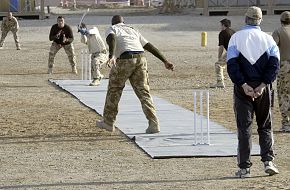 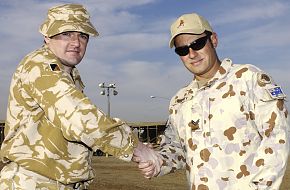 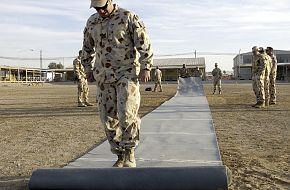 Cricket at Kandahar - Australia and England

Smash it ! English player and man-mountain, Lance Corporal Vinnie De Souza, issues the invitation as he runs in to bowl to Australian batsman Sapper Aaron Woods . Unfortunately for Aaron, the only thing he smashed was his bat .. onto his own head ! Look closely and see his bat has snapped.
Vinnie captured three wickets, and top scored for the game with a hard-hitting, lightning knock of approximately seventy runs. (No official individual scores were kept).


Boxing Day cricket match played at Kandahar Airfield (KAF), between military sides representing Australia and England.
Click to expand...
There are no comments to display.