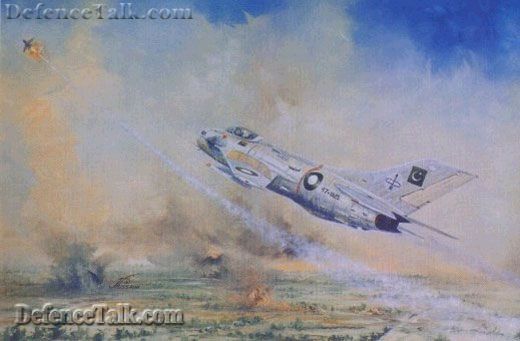 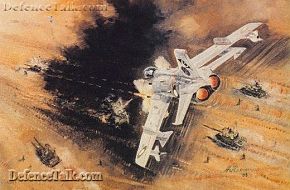 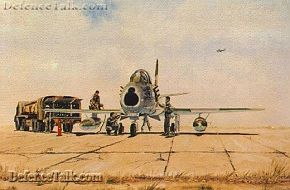 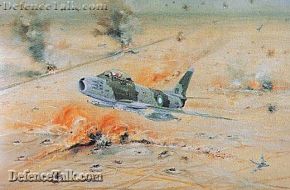 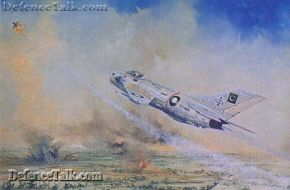 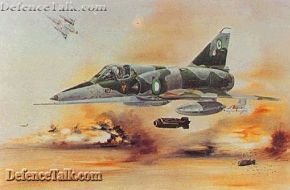 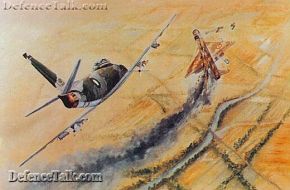 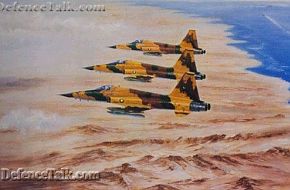 A flight of F-6s (Chinese built Mig-19s) from No 11 Squadron was on a search and destroy mission over the Shakargarh salient when Flight Lieutenant Aamer Ali Sharieff spotted four manoeuvring Mig-21s, much superior in performance to Aamer's F-6. Quickly sliding into the blind zone of the trailing Mig-21, Aamer launched his Sidewinder. The Mig-21 burst into flames and crashed.
Click to expand...
:?:
hemant thaman the F-6 (Mig19) was Pakistani while the Mig21 were Indian.
Excellent job by the PAF fighters. This incident exploited the superiority of PAF F-6s against the Mig-21 FL.
Sarmad the Mig 21s were much superior and newer than the F-6s (Mig 19s). This shows the better skill of the Pakistani pilots.
You are correct shameyel, but one thing must be brought to notice. The air to air missles of the F-6, and its low level handling and manoeuverability was better than the Mig-21 FL. The USAF uses F-5s as aggressors which simulates the Mig-21. In 1976 PAF F-6s and Iraninan F-5s had a combined exercize and they met each other in air to air combat but the ultimate winner was the F-6.F-6 also had the advantage over the Mig-23 during the Afghan war but with the disadvantage of low speed the F-6 never got its kill
Thanks for sharing that Sarmad.