Can't wait to visit the Singapore Airshow amidst this pandemic. Last time I visited was back in 2018 and had a blast, and can't wait to return.

Truthfully, I'm no aerospace expert. Heck, I'm still self-learning about the technicalities behind most vehicles (commercial aircraft, fighter jets, AFVs, normal cars etc). If anything, what draws me to the Airshow is simply the aesthetics of the vehicles really. The main aircrafts I'm certainly eyeing on are the Sukhoi and F35.

Additionally, I too look forward to seeing (and maybe using) some of the gadgets and equipment at the airshow.

According to a Straits Times article, an electric TERREX APC and a wearable aircon would be on display, among others. Some of you here may know me as some kind of Armoured Vehicle fanatic (which I kinda am) thanks to some of my past posts on the Bronco 3 AFV. In that regard, I may have spotted what I think could be a Bronco 3 ExtremeV in the article (hiding in the background of the contactless biometric gate). Whether or not that were, I'm not entirely certain, but I sure am excited to find out!

Anyway, the Singapore Airshow is being hosted from 15 - 18 February. Anybody else going? 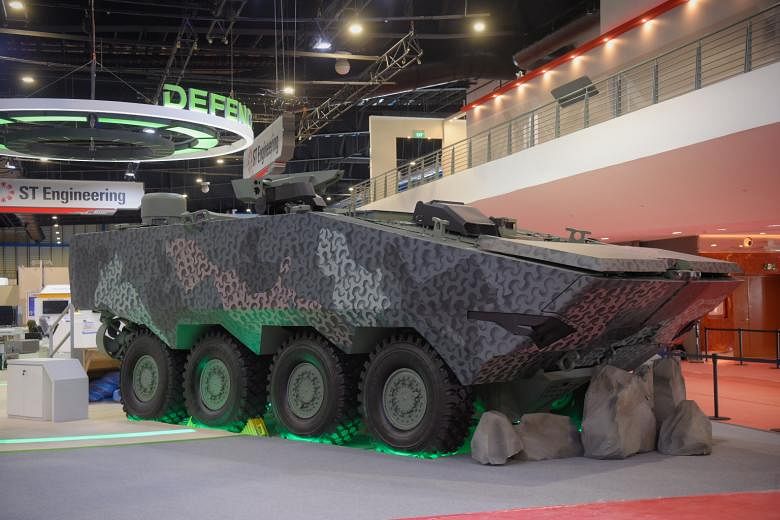 SINGAPORE - Global technology, defence and engineering group ST Engineering will return to the Singapore Airshow 2022, to be held from Feb 15 to 18, as its largest exhibitor. Read more at straitstimes.com. 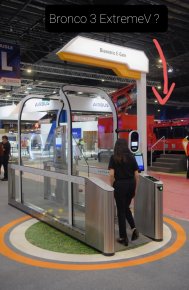 
https://twitter.com/i/web/status/1493168944529952769
1. Proteus Advanced Systems, the JV’s General Manager, Ron Tryfus, told Shephard that ST Engineering has extensive experience in explosive materials and leads the market in insensitive munition (IM) technology development. ‘ST Engineering’s ability in IM reduces significantly the cost of manufacturing the warhead, and by that, reduces the lifecycle cost of the missile.’ He continued: ‘If you can use advanced IM solutions in the warhead and the booster, it provides a strong advantage in open competitions, such as the one we won in Estonia.' Although Blue Spear is positioned as a successor to the RGM-84 Harpoon, Tryfus said that Proteus did not see a necessity for air- and sub-surface-launched versions yet, but the system could be adapted in future if required. In a news release, IAI said that the Blue Spear missile system “delivers an agile, highly penetrative, combined anti-ship and land attack capability with a range of 290 kilometers (180 miles) at a subsonic, albeit high, speed."

2. Over shadowed by the US Marines F-35B flying display, 3 Indian Air Force (IAF) Tejas fighters supported by a 44-person team, arrived in Singapore to participate in the Singapore Airshow. A key aim of participating in international air shows was for India to establish itself as a vendor, rather than a buyer, of military aircraft. This would focus attention on the Tejas at a time when buyer countries, like Malaysia and the Philippines, were sending out Requests for Information (RFIs) and Requests for Proposals (RFPs). The IAF will be pushing hard to bag an order from the RMAF, which is looking to buy a mix of 36 light fighter variants under its “Capability 55” plan.


https://twitter.com/i/web/status/1493279781814734848
3. The most interesting speculative news report is from Mike Yeo, who said: “Singapore’s Chief of Air Force has implicitly confirmed that the RSAF will be increasing its fleet of Boeing CH-47 Chinooks to 26 helicopters with the delivery of its 16 CH-47Fs.”


(a) All of the RSAF’s 26 Chinooks are fitted with fuel tanks larger than comes standard as well as a radar in the nose, with the 10 CH-47SD versions serving with 127 Squadron at Sembawang Air Base.​
​
(b) I suspect that this may be a transitional phase, with some of the SDs going into long term storage as war reserves, as Singapore is unlikely to operate so many heavy lift helicopters (without full mobilisation of air force reserve personnel).​
4. Given that 2 new CH-47Fs will be able to lift a single Bronco ATTC for heliborne operations (in support of an armoured thunder-run to KL or HADR operations within ASEAN), these 16 new Chinooks are a more flexible platform for Singapore to conduct a range of high intensity operations from the upcoming JMMS. In addition, the RSAF remain on track to receiving 4 F-35Bs in 2026 and for the RSAF to start basing training in Guam from 2029 onwards.

5. In other news, IDF Chief of the General Staff LTG Aviv Kohavi is in Singapore for a 5 day official visit to attend the annual Singapore Airshow & meet defense officials. It will be his first time attending Asia’s largest aviation event. His military plane stopped over in Abu Dhabi to complete the close to 8,000km journey.
Last edited: Feb 17, 2022

Just like in Turkish forums and online media, Turkey claim also Indigenous turbofan engine for their TFX. Eventough they are also still open with partnership on other engine manufacturer. Seems Turkey aim to get as much as option possible, for export market.

More video from Aviation Week in Singapore Airshow 2022. This one on ongoing Battle between A330 MRTT and KC-46. Seems in this video Aviation Week still see the Battle for Indonesian Air Force Tanker between KC-46 and MRTT not over yet (despite some local analyst in Indonesia talking the deal already goes to Airbus).

More on KC-Y battle for USAF next batch of Tankers (mother of all tankers battle 2.0).

Aviation Week on Airbus Hydrogen power wing blended design. This's attracted much attention since it's shown at least one of the Big Two continue conduct serious development on the shape concept. 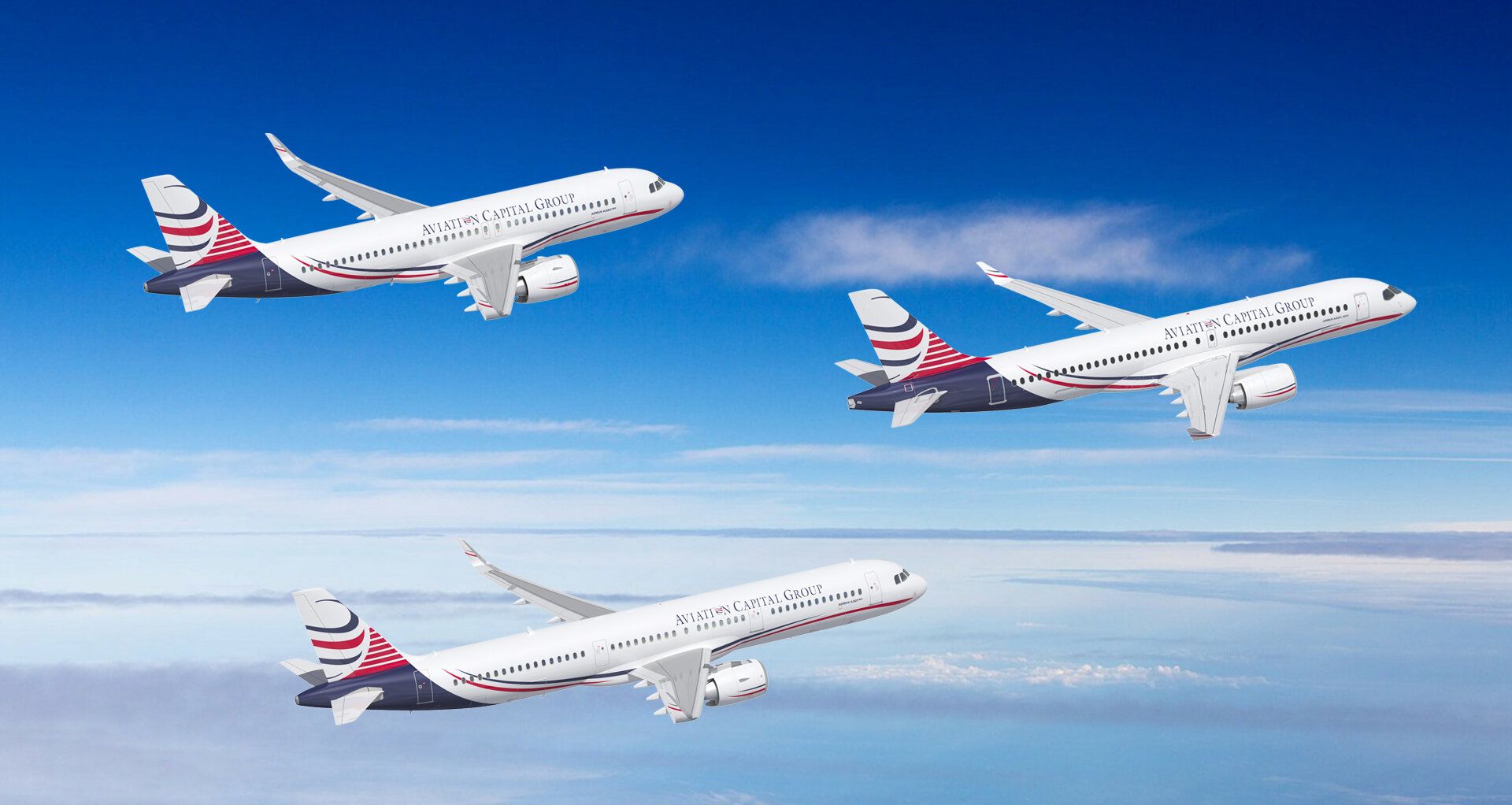 The order firms a memorandum of understanding placed by the group in December.

Seems Airbus got early lead on Boeing in order on Singapore Airshow. Let's see how the order competition will end during the Air Show. Considering the situation facing most Airlines in the region, I don't expect much order will happen. However will see, some bullish prediction for regional air travel already come out.

Let's take a peek on how those less then 1% on the top of food chain travels.

More on Blue Spear SSM, the next gen SSM from IAI and ST engineering. Not much additional information yet, except 290km range. Also Estonia as first export customer.

Singapore's state-owned company ST Engineering has unveiled a hospital ship concept at the 2022 edition of the Singapore Airshow.
The concept is being marketed as an afloat humanitarian assistance and disaster relief (HADR) as well as a medical evacuation platform. It is based on the company's 160 m roll-on/roll-off passenger vessel (ROPAX) MV Nova Star , which was supplied to Polish ferry operator Polferries in 2019.
If ST Engineering can offer this hospital ship with the right price, then it has a lot of export potential. Not only for the ASEAN-region, but worldwide.

Singapore's state-affiliated engineering company ST Engineering has unveiled a hospital ship concept at the 2022 edition of the Singapore Airshow.
www.janes.com
B

So I went to check out the Singapore Airshow and I gotta say, I'm glad. There were certainly plenty of aircraft for show but I can't help but feel grasped by the notion of an eco-friendly military after my visit; how it showcases the SAF's electrifying future. As discussed previously, there are showcases of an electric TERREX IFV and an ExtremV Humanitarian tracked vehicle - my guess was correct it turned out.

Had a look at them, watched some videos about them to learn abit more. These are what I gathered:

This new electric variant of the TERREX IFV is described as a command module as well as a launchpad for UAVs and robots. As a command element on the battlefield, it is said to boast smarter surveillance systems, directed energy weapons and enhanced target acquisitioning. These components are meant not to better defend the TERREX, but likewise to boaster situational awareness amongst forces under its command.

The electric TERREX adopts the MUM-T fighting concept, in which integration between manned and unmanned combat systems is key to help ensure a swift amd decisive victory. In the modern age of information, this seems like the right step forward with regards to the warfighting capabilities of the SAF. This is achieved with the One Connect + Concept that links soldier systems, sensors, and the manned and unmanned systems to provide common situational awareness of the battlefield.

In a wartime scenario, my guess is that a the electric TERREX IFV command unit will be utilised in major offensive operations consisting of multiple battalions. That one TERREX will command and control the battalions under its charge by providing all units sufficient information on the ongoing situation, hopefully making it slightly less chaotic than it is for better battlefield management and risk-taking amongst commanders and soldiers alike.

With regards to the deployment of suicide drones as compared to surveillance drones (which is the SAF's preferred use of UAVs) is unknown.

This a Bronco 3 built for Firefighting, and Humanitarian Assistance and Disaster Relief (HADR) operations. Retaining the best of its combat predecessors, most notably the Bronco 2 ATTC, it will possess a high load carrying capacity of up to 4,000KG as well as high mission modularity to enable the carriage of personnel, equipment and logistics. Not forgetting its multi-terrain capability which includes the polar regions, the ExtremV will remain as versatile as any Bronco ATTC before it.

The unveiling of both the electric TERREX and the modified ExtremV imo suits Singapore's green initiative pretty well. It's no secret that climate change is an enduring issue in this century, potentially worsening in the next decade. NATO had said that it is committed to achieving a net-zero carbon goal by 2050. This may have prompted the SAF to reduce its carbon emissions growth by two-thirds by 2030. Thus, the SAF today is working towards the establishment of a fully electric army with charging infrastructure within its bases. Given the completion of the 3rd Gen SAF last year, this electric military could be the basis for evolution into the 4th Gen SAF. This makes the unveiling of an electric TERREX rather fitting.

Whether if a fully-electric military could be achieved is up for debate, but I will not touch on that here. Heck, I'd probably make a new thread discussing it in the very near future.

As for the ExtremV, it fits rather perfectly with Singapore's cooperative stance. Historically, the SAF is known to be more helpful than offensive within Southeast Asia. It prefers to offer a helping hand to its neighbours than pointing its SAR-21 at them like a cornered puppy. This began in 1970 with the SAF's humanitarian mission to Bangladesh after a cyclone hit the nation. Over the decades, the SAF has supported various nations in multiple HADR missions. In 2004, it conducted its largest HADR mission in Indonesia and Thailand in the aftermath of the Indian Ocean Earthquake. More recently in 2020, the SAF supported the ADF in Operation Bushfire Assist, in which Australia was experiencing several severe bushfires as a result of climate change and global warming.

Singapore is geographically located in an area far away from natural disasters, so it allows the nation to be in a position to provide assistance to pretty much any country. As an adaptation of the Bronco 3, the ExtremV would presumably have arctic capabilities too – reaffirming Singapore's commitment to help as opposed to provoke; potentially expanding humanitarian efforts into the Arctic and even Antarctica if the need arises.

For those not fortunate enough to be there, a virtual tour is available here: .

Some nice photos from Singapore, including a high resolution satellite image. 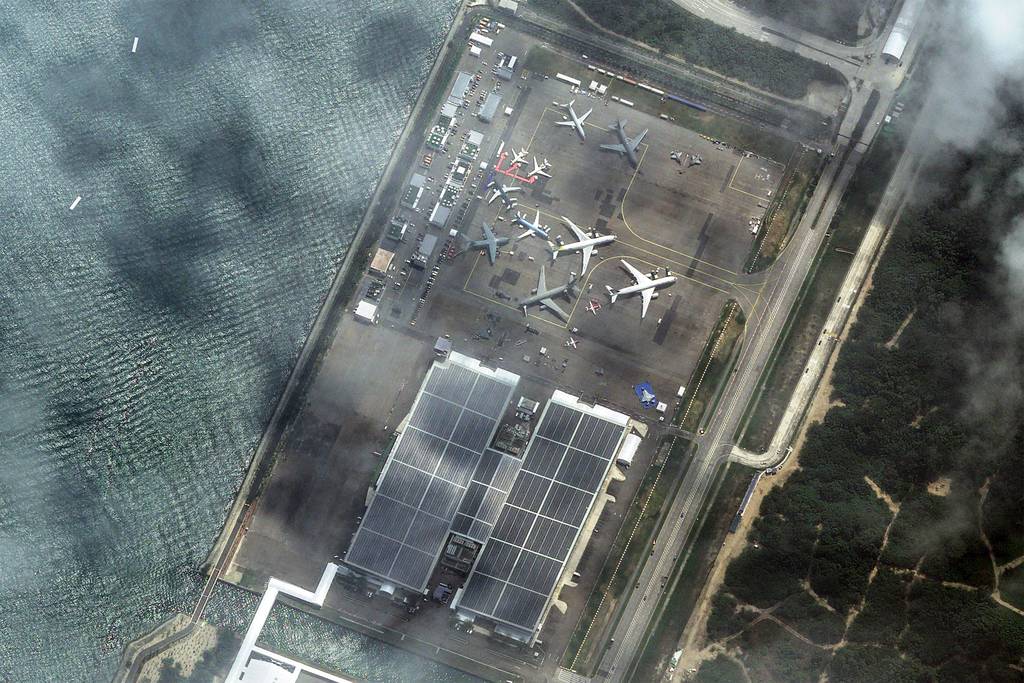 See the military aircraft that took part in the Singapore Airshow

From aerial displays to satellite imagery, this gallery will give you a sense of what went on at this year's Singapore Airshow.