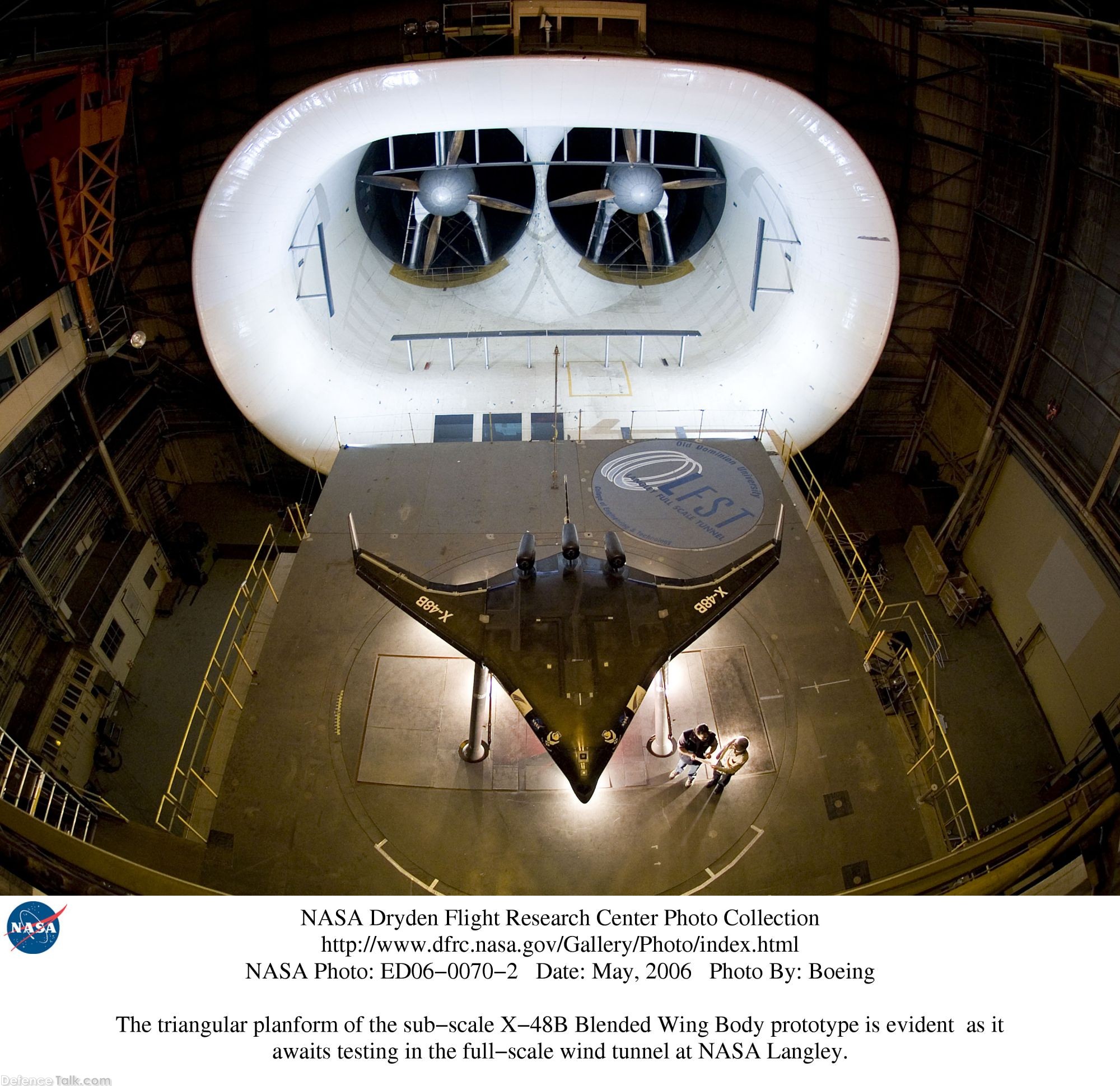 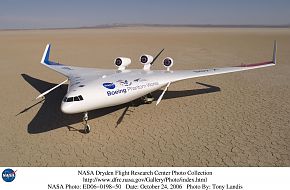 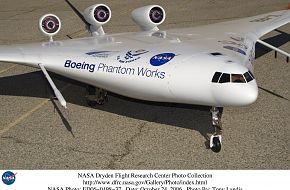 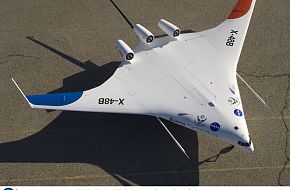 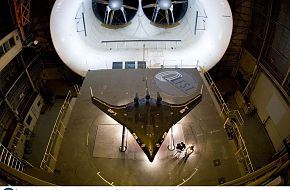 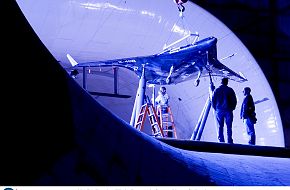 The triangular planform of the sub-scale X-48B Blended Wing Body prototype is evident as it awaits testing in the full-scale wind tunnel at NASA Langley.

Researchers at NASA's Langley Research Center in Hampton, Va., are testing the a 21-foot wingspan 8.5 percent scale prototype of a blended wing body aircraft in Langley's historic full-scale wind tunnel. Boeing Phantom Works has partnered with NASA and the Air Force Research Laboratory to study the structural, aerodynamic and operational advantages of the advanced aircraft concept, a cross between a conventional plane and a flying wing design. The Air Force has designated the prototype the X-48B based on its interest in the design's potential as a multi-role, long-range, high-capacity military transport aircraft. A second X-48B blended-wing body prototype is due to arrive at NASA Dryden Flight Research Center in May, and after installation of test instrumentation and extensive checkout, begin flight tests later this year. (Boeing photo # K636682-03)
Click to expand...
There are no comments to display.