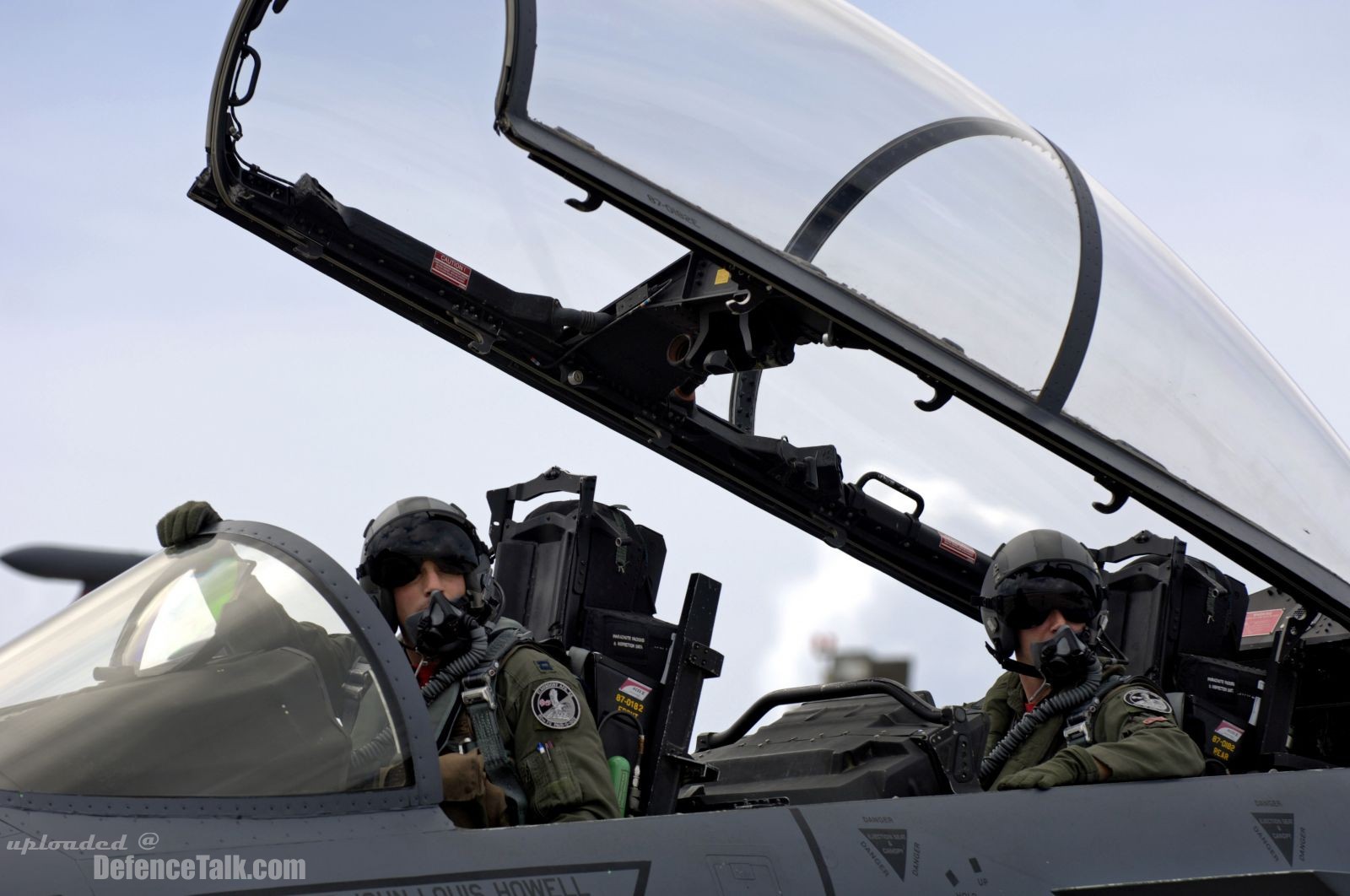 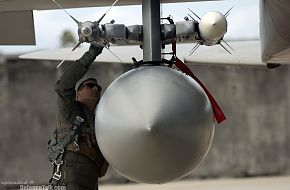 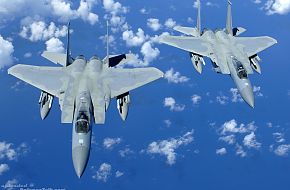 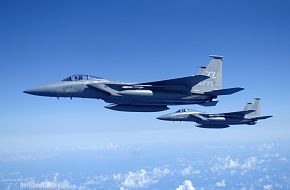 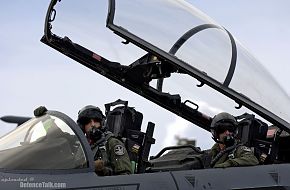 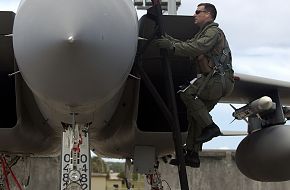 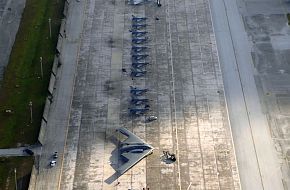 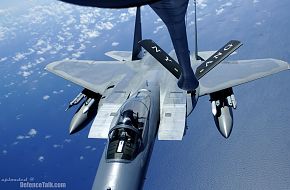 The pilots waits in their F-15E Strike Eagle before taking off on a sortie from Andersen Air Force Base, Guam June 23, 2006 during Exercise Valiant Shield 2006. The F-15 and its crews are from Elmendorf Air Force Base, Alaska. Valiant Shield 2006 is an integrated joint training exercise among U.S. military forces and is the first of what will become a biennial exercise. (U.S. Air Force photo by Tech. Sgt. Shane A. Cuomo)
Click to expand...
There are no comments to display.