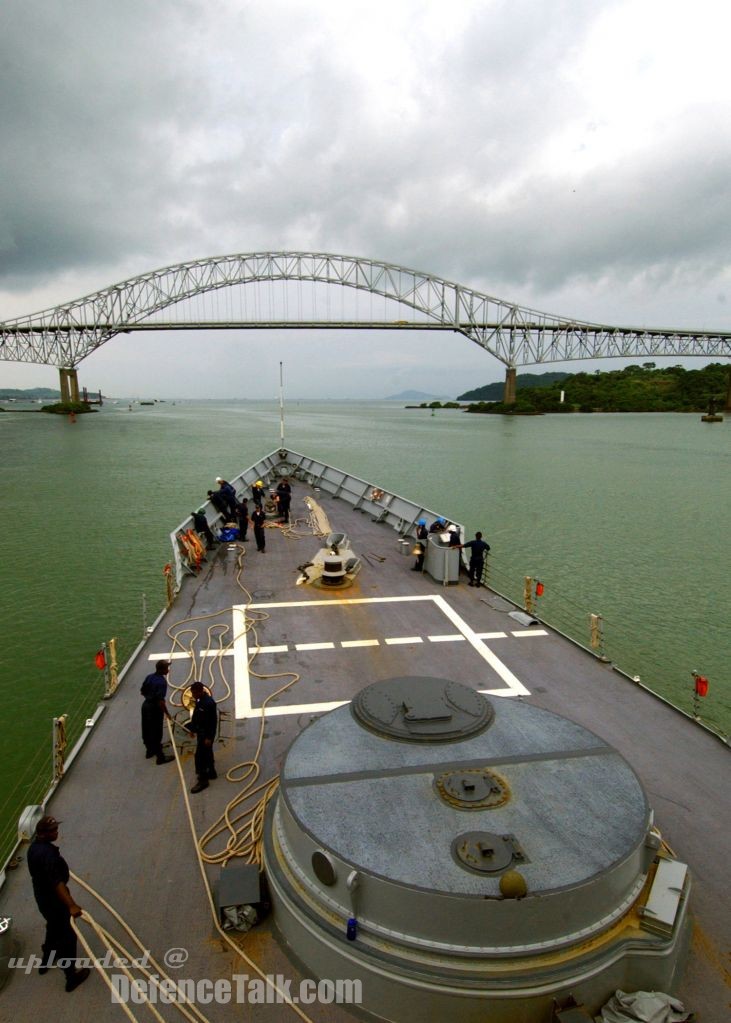 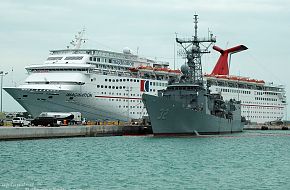 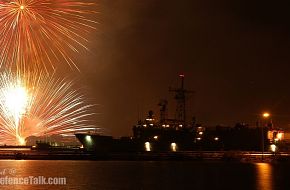 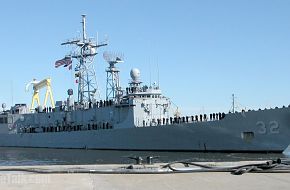 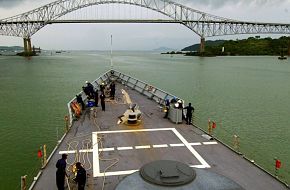 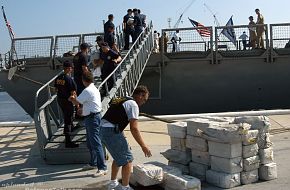 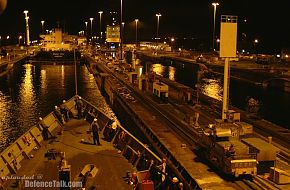 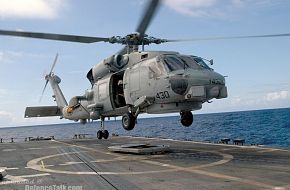 Gulf of Panama (Aug. 10, 2004) â The guided missile frigate USS John L. Hall (FFG 32) departs for sea in preparation for PANAMAX 2004. Naval forces from eight countries are participating in PANAMAX 2004, a naval exercise designed to build up a coalition response to security threats against the Panama Canal. PANAMAX is conducted under the direction of Commander Naval Forces Southern Command and involves the identification, monitoring and interdiction of vessels posing a simulated terrorist threat to the Canal. The multinational force includes surface and air assets from Argentina, Colombia, Chile, Dominican Republic, Honduras, Panama, Peru and the United States operating in the north and south approaches to the Canal. PANAMAXâs realistic scenario develops not only interoperability among naval forces but also joint and inter-agency interoperability as the naval forces work together with other services and agencies of Panama to ensure the safety of the Canal and to protect freedom of navigation. U.S. Navy photo by Photographer's Mate 2nd Class Kevin R. Tidwell
Click to expand...
There are no comments to display.