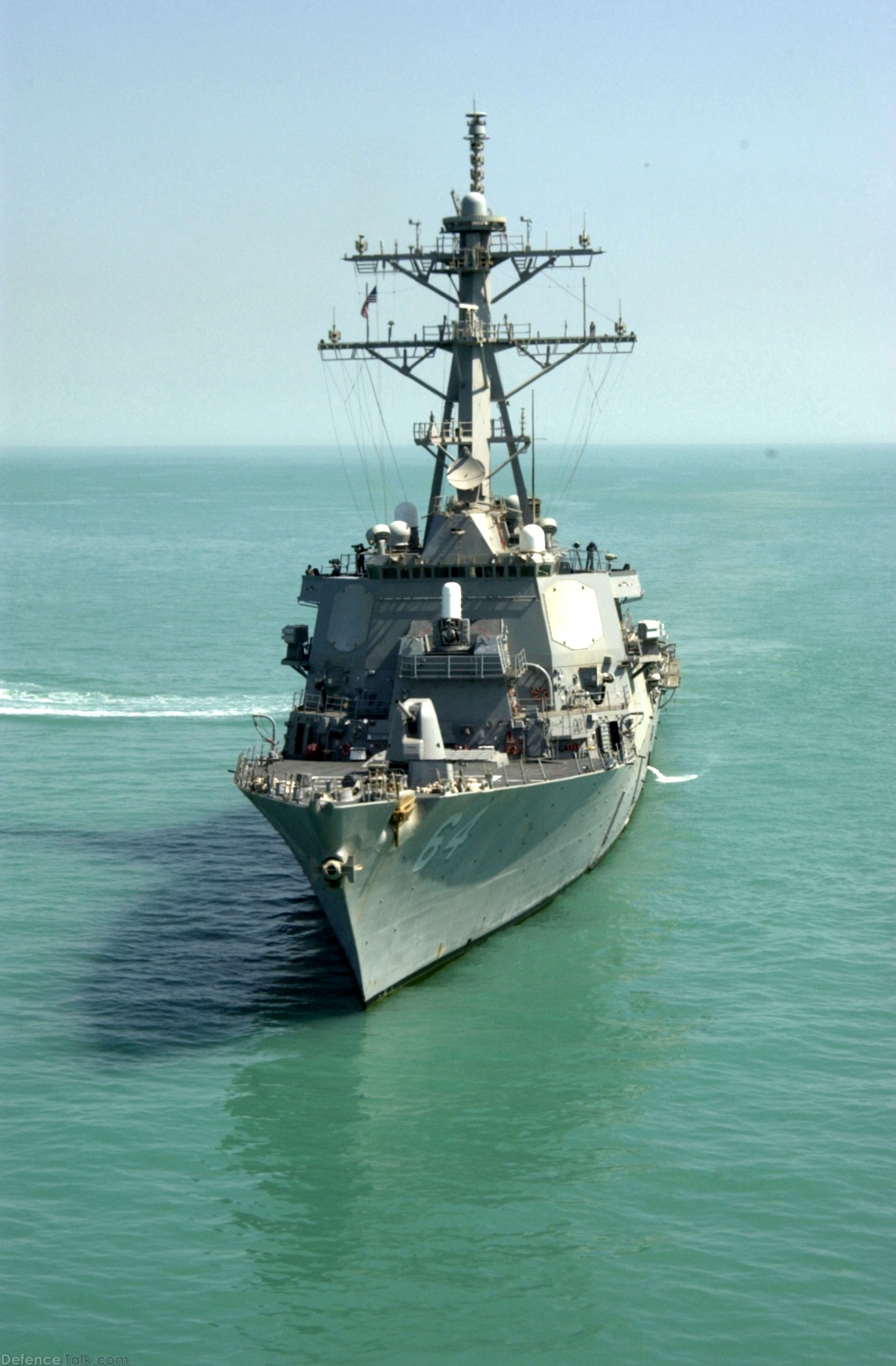 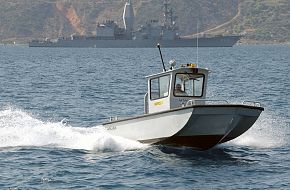 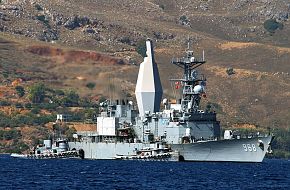 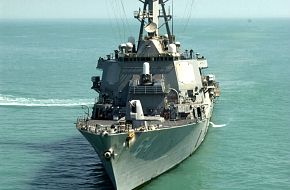 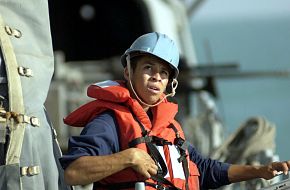 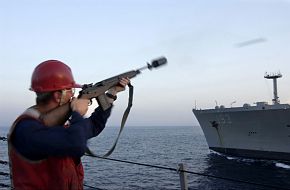 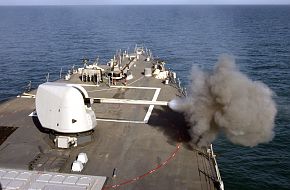 At sea with USS Carney (DDG 64) Aug. 13, 2002 -- The Carney, based out of Mayport, Fla., makes a slow turn to starboard while deployed to the North Arabian Gulf in support of Operation Enduring Freedom and Operation Southern Watch. U.S. Navy photo by Chief Journalist John F. Williams. (RELEASED)
Click to expand...
There are no comments to display.