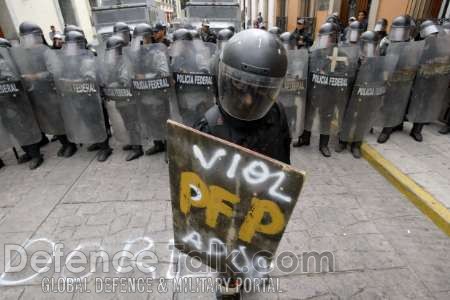 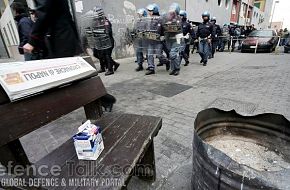 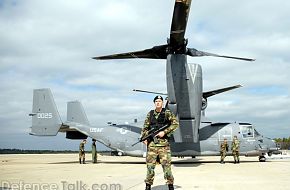 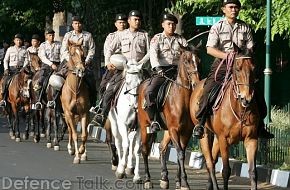 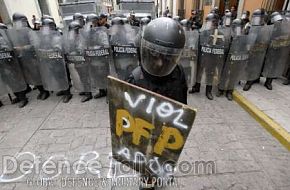 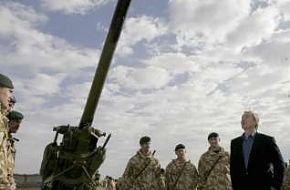 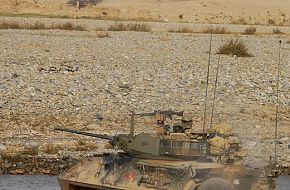 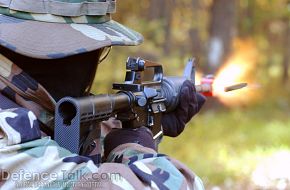 A protester mocks federal riot police during a demonstration in the city centre of Oaxaca to protest against the federal police's presence November 19, 2006. A woman had accused an officer of abusing her while she was being searched at a checkpoint. The words on the shield read: &quot;PFP (acronym for the federal police force) rapists&quot; in Spanish.
Click to expand...
There are no comments to display.