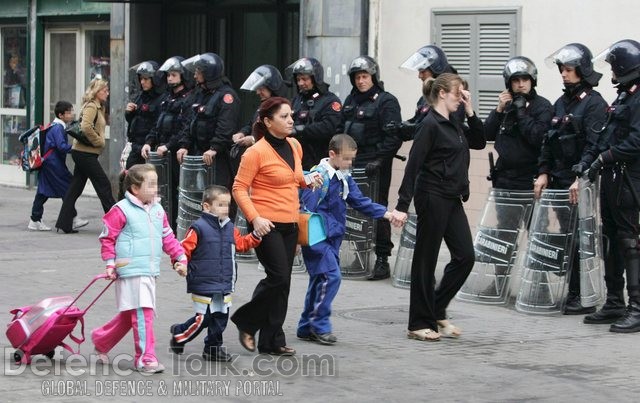 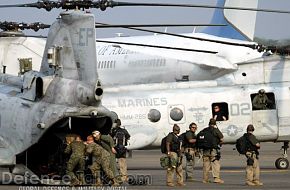 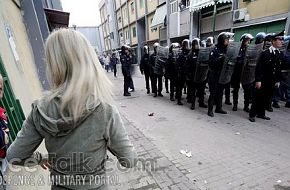 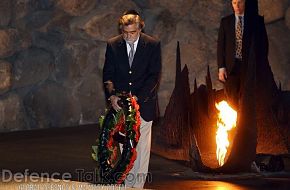 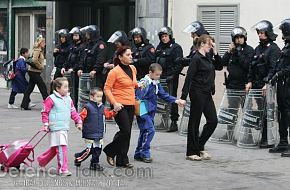 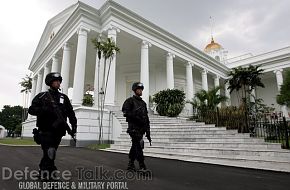 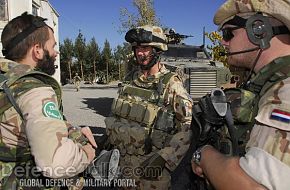 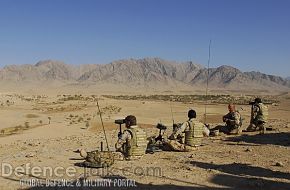 NAPLES - CAMPANIA - ITALY
epa00866864 Policemen stand guard in a street in downtown Naples on Monday, 20 November 2006, after a wave of homicides. Police say the number of Camorrarelated killings actually went down in the past two years. Investigators say the situation has been made worse by a mass pardon which freed 2,700 convicted criminals in the region to alleviate prison overcrowding. Many came back to find their places taken by newcomers and vendettas are now being settled. With several bosses in jail, a younger generation is vying for a cut of a business estimated at 16 billion euros even if that means leaving a trail of blood behind them. The latest wave of attacks often involved youths in their early twenties. EPA/CIRO FUSCO
EPA / STF / CIRO FUSCO
Click to expand...
There are no comments to display.