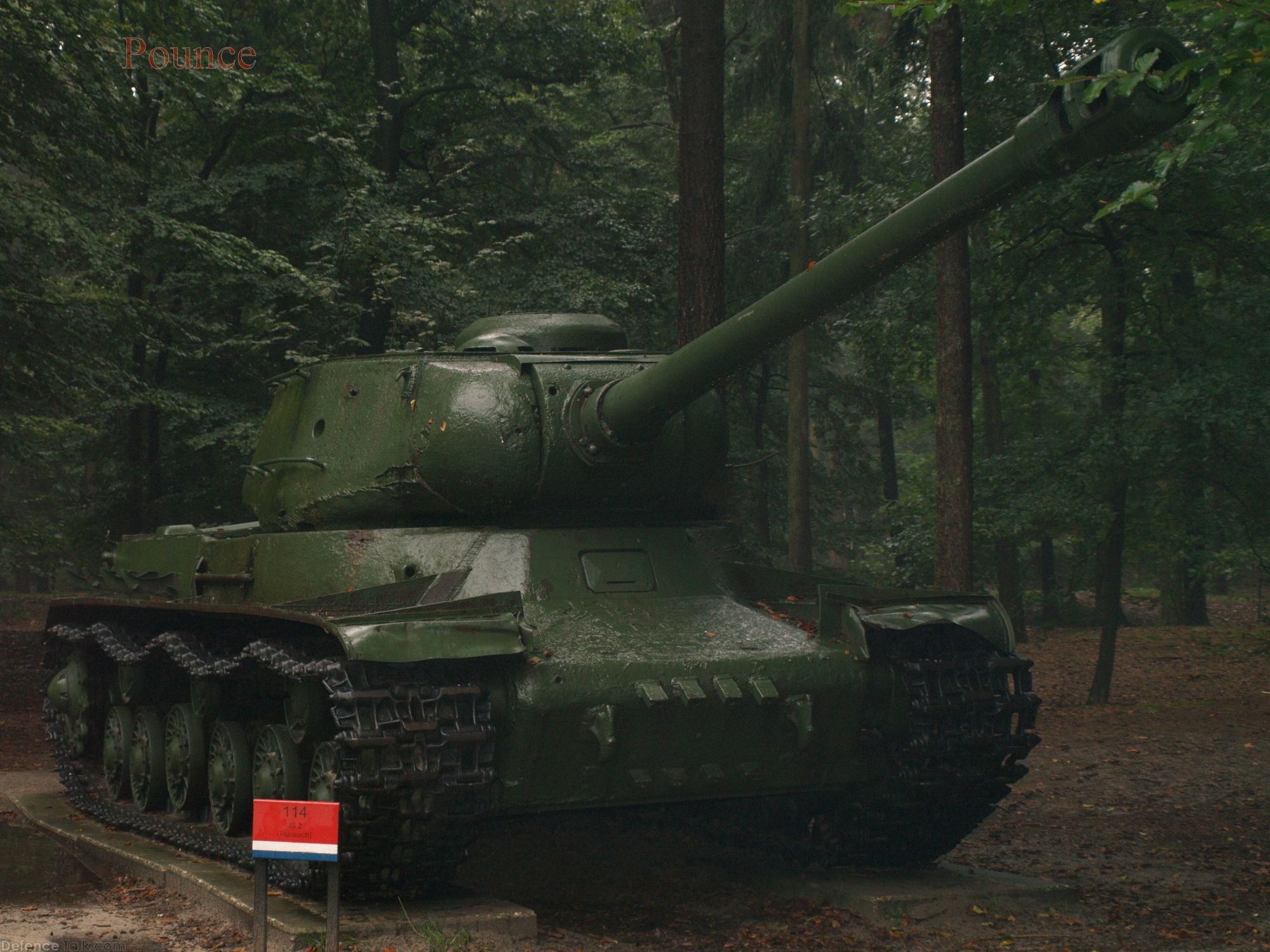 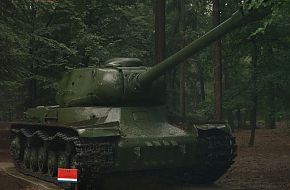 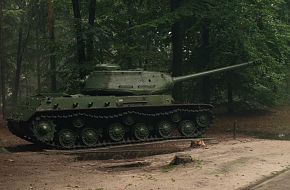 The series was really a re-design of the earlier KV1. They were powered by the ubiquitous V2 multifuel engines, with aroad speed of 38 km per hour.. Armament consisted of an A19 122mm gun of 43 callibres in length, with stowage for 28 rounds of ammunition. The secondary armament was two DT machine guns. There was no hull mounted machine gun, but the co-axial and rear trret machine guns were retained
The IS hull featured sloped armour and a larger turret to mount a heavier gun than earlier Soviet heavy tanks. Careful redesign of the KV hull had produced improved armour protection, without badly effecting weight. In fact the weight and size of the IS2 was mch closer to that of the German Panther, than that of the Tiger heavy tanks. The improved interior layout and their effectiveness against German armour made the IS tanks popular with their crews.
Their main drawback was a slow rate of fire, which was improved slightly by the IS2M which featured an improved breach design for the main gun.
Click to expand...
There are no comments to display.