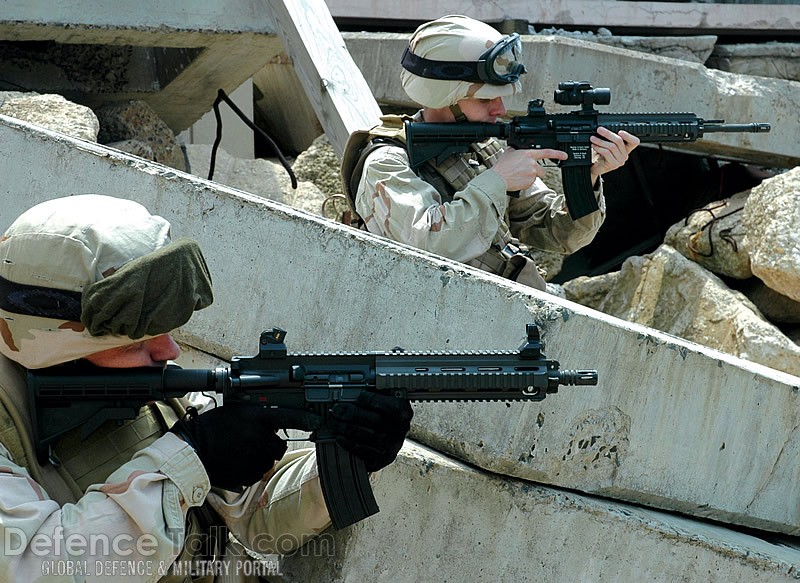 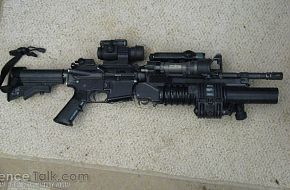 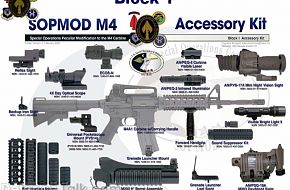 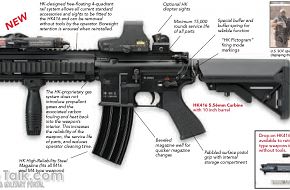 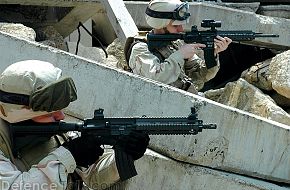 The HK416 is an assault rifle designed and manufactured by Heckler &amp; Koch to be an improved version of the M4 carbine pattern firearm. It is available as a complete firearm, or as an upper receiver kit that fits on any AR15 type lower receiver.

The project was originally called the HKM4, but this was changed in response to a trademark infringement suit filed by Colt Defense. It could be speculated that '416' is a reference to the M4 and M16 it's designed to compete with. The HK416 piston system is similar to that found in the HK G36 replacing the direct impingement gas system used by the standard M16/M4. So far the weapon has reportedly been tested by the United States military as well as some law enforcement agencies. It is only available to government and military organizations. It is used by the U.S. Army's 1st Special Forces Operational Detachment-Delta[1], various other Special Operations Command units, and the Asymmetric Warfare Group. However, it has been recently announced that the US Army will not be adopting this weapon to replace the M4 carbine anytime soon. On April 11, 2007, the Norwegian Ministry of Defence signed a contract for the initial shipment of the rifle to serve as its new standard assault rifle[2], replacing the AG-3 that has been in use since 1966. It is also in use by the Taiwan Coast Guard[3].
Click to expand...
There are no comments to display.